The WBFSH world breeding championships for young horses in the three disciplines of eventing, show jumping and dressage are supposed to showcase the different studbooks and countries breeding programmes. The show jumping finals at Lanaken do this very effectively whereas from a British perspective, the dressage finals at Verden and the eventing finals at Lion D’Angers do little to highlight British breeding.

This means British riders are selected for the finals on a horse from any studbook. However there are still a handful of British bred horses at the World Championships and it is also useful to look at the breeding of the most successful horses which may be a guide to breeder’s future plans.

The third and final young horse world championship is the eventing finals for 6 and 7 year olds. It is held towards the end of October over a course that tests balance and straightness over an undulating course. The highest place British bred horse in the 6 year old final was 18th placed Pepper Poldark ridden by Caroline Harris and bred by Rideway Farm Stud by the international show jumper Peppermill out of a Matterhorn mare. 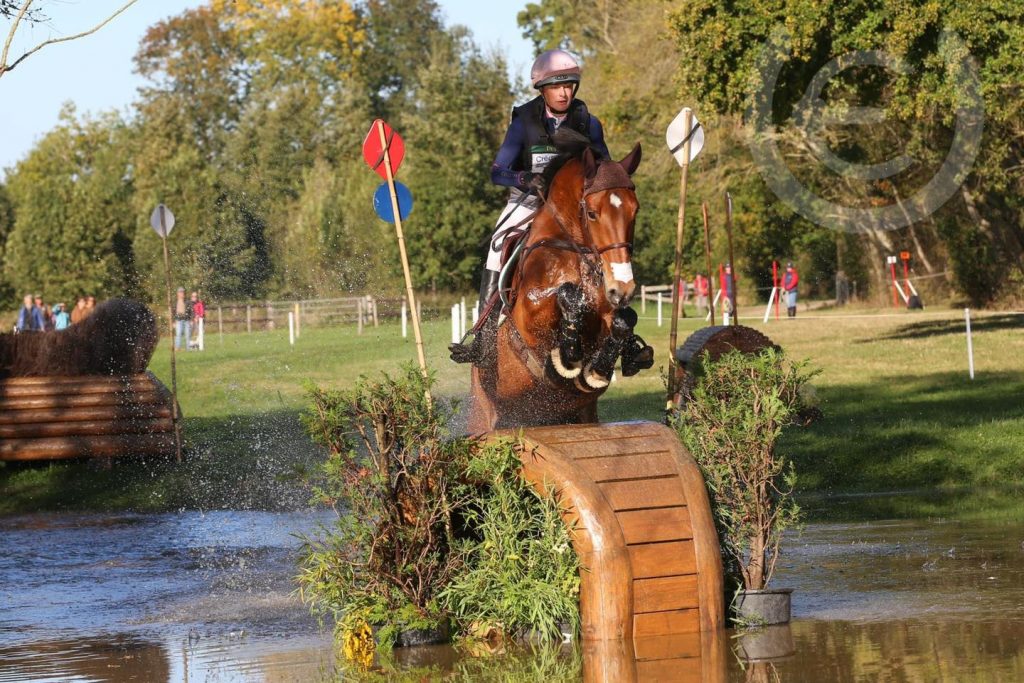 The leader from start to finish in the 6 year olds was Germany’s Anna Lean Schaaf and the Oldenburg mare Lagona 4 (Lavagon x Cartani). This is very much a show jumping pedigree with Lavagon being a son of the Gestut Sosath stawart Lordanos and Cartani being a 1.60m international jumper himself. 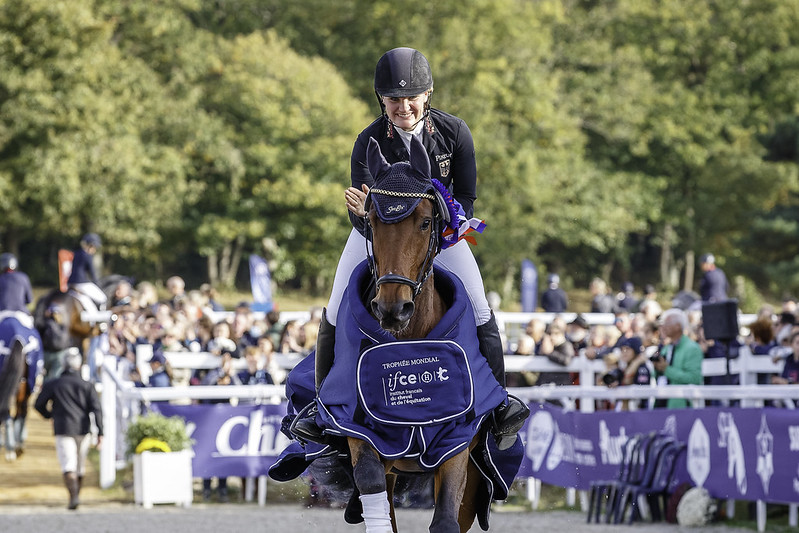 In second was the only Selle Francais in the top 10, Nicolas Touzaint’s Fibonacci de Lessac, an example of a trend we see a lot at 5 star level of using a jumping sire (the international 1.60m jumper Carinjo) on a blood mare (a half Thoroughbred mare by Bright Silver). Finishing on his dressage score this is an impressive big powerful horse that was lovely to watch. 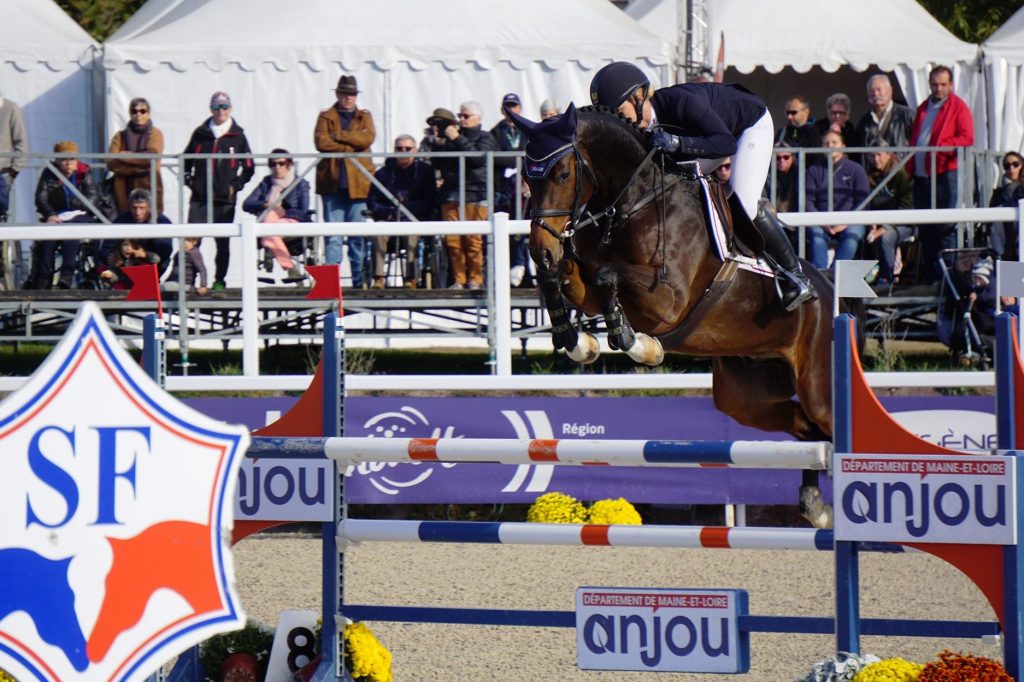 The Irish Sport Horse Bonmahon Chelsea (Chellsini Z x Ramiro B) moved right up from 14th after dressage to 3rd with two super clear rounds across country and in the final show jumping phase. In 4th place was the Australian Sport Horse Cil Dara Dallas by the increasingly influential Diarado (also sire of European champion JL Dublin) who jumped very enthusiastically across country. Dropping one place down to 5th after a fence down on the final day was Olympic champion Julia Krajewski on the Contendro x Heraldik son Chintonic who is the full brother to her former ride Fischerchipmunk FRH (European team gold 2019 and multiple CCI 4* winner).

In the 7 year old final saw some very strong rides by the British, filling 2nd to 7th places. The top ten consisted of three German bred horses, four for the Irish Sport Horse studbook, and one each for Belguim Warmblood, Dutch Warmblood and Selle Francais studbooks. The only British bred horse was Katie Preston on her own Templar Juno in 21st (SHB (GB) by Templar Spirit x Rubin-Royal bred by Mr & Mrs Rolfe).

Victory in the 7 year old final went to the Holstein studbook with Cute Girl ridden by Australian Kevin McNab leading from the dressage phase. A very much jumping bred pedigree, the mare is by Coventry who is a grandson of the great Casall out of a Clearway x Levisto Z mare. The mare doesn’t look overly big, quite a conpact type but looked really rideable. 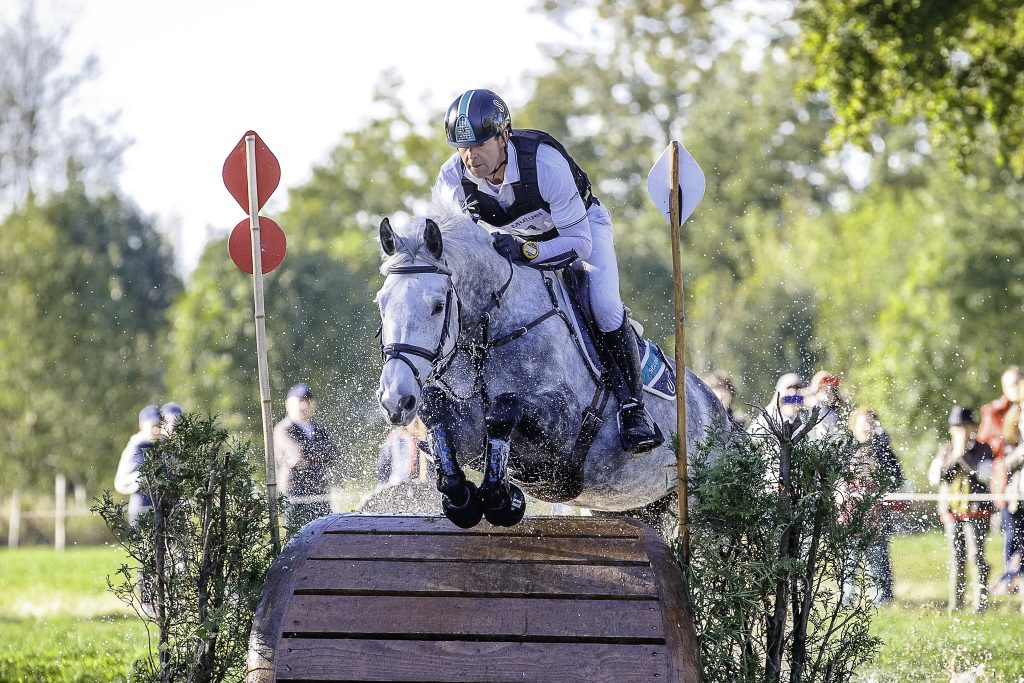 Laura Collett finished just .3 of a penalty behind on the gorgeous Trakehner Outback (Duke of Hearts x Sixtus). This is a very eventing orientated pedigree with the sire being a Trakehner approved Thoroughbred and the damsire Sixtus one of the best jumping influences in the Trakehner studbook, himself a son of the European eventer Habicht.

Sarah Milnes also finished on her dressage score moving up one place to finish eventual 3rd on the ISH Cooley Snapchat, another with a strong jumping pedigree being by the ex world number 1 show jumping sire Kannan out of a VDL Arkansas mare. Gemma Tattersall also finished on a clean sheet moving from 11th after dresssage to 4th on the KWPN gelding Johan-Some (Lexicon x Rabiat Z).

The next three were Irish bred horses ridden by British riders. Hayden Hankey and Heads Up (OBOS Quality x Lux z) slipped down to 5th after incurring a few times penalties having had to take a longer line at fence 20. OBOS Quality was the most numerically represented sire in the 7 year old final with 5 offspring. Izzy Taylor was next on Cooley Rules (Beach Ball x Aldatus Z) and then Oliver Townend and Cooley Rosalent (Valent x Roselier). 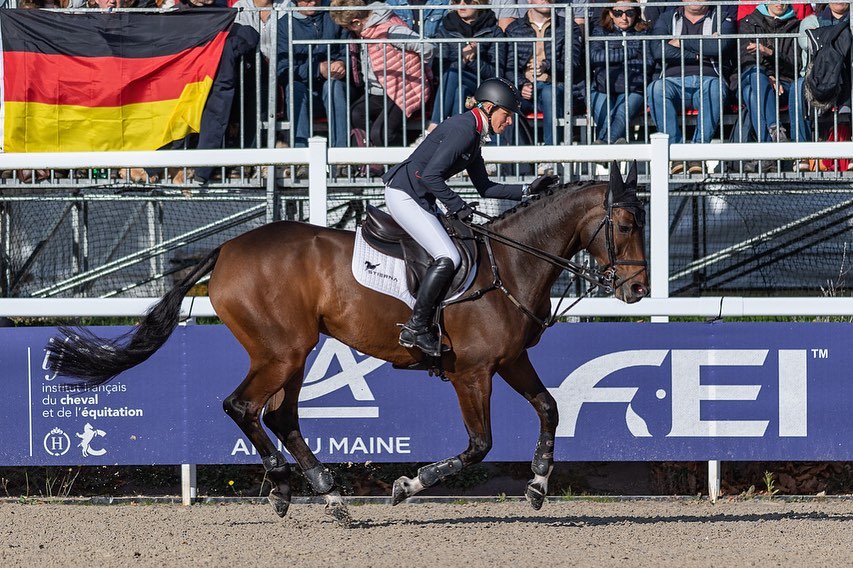 For the Westfalen studbook we next had Josephine Schnaufer-Volkel on the athletic Cinnamon Red (Cascadello x Cordino), like the winner hailing from the Casall sireline.

The vast majority of horses in the top ten in both age groups are by show jumping bred stallions. The only exceptions being SBH Big Wall (6th in the 6yo) who is by the traditionally bred Irish stallion Puissance and the 7 year old vice-champion Outback who is by a Thoroughbred, plus of course the Selle Francais Embrun de Reno who has a dressage bred sire. The use of jumping sires is very common in modern event breeding but it is interesting to note that there seems to be less blood being added on the damside. It will be interesting to assess the top 5 star horses next season when the true eventing tests of Badminton and Burghley return to see if blood is still an important consideration in the pedigrees of the most successful.