Volatis Defiant is a home bred coloured stallion who carries fabulous Westfalen blood, but who also carries more than 25% valuable Thoroughbred blood. With his own athletic ability and beautiful type, Defiant is the perfect sire of dressage horses, show horses and eventers. 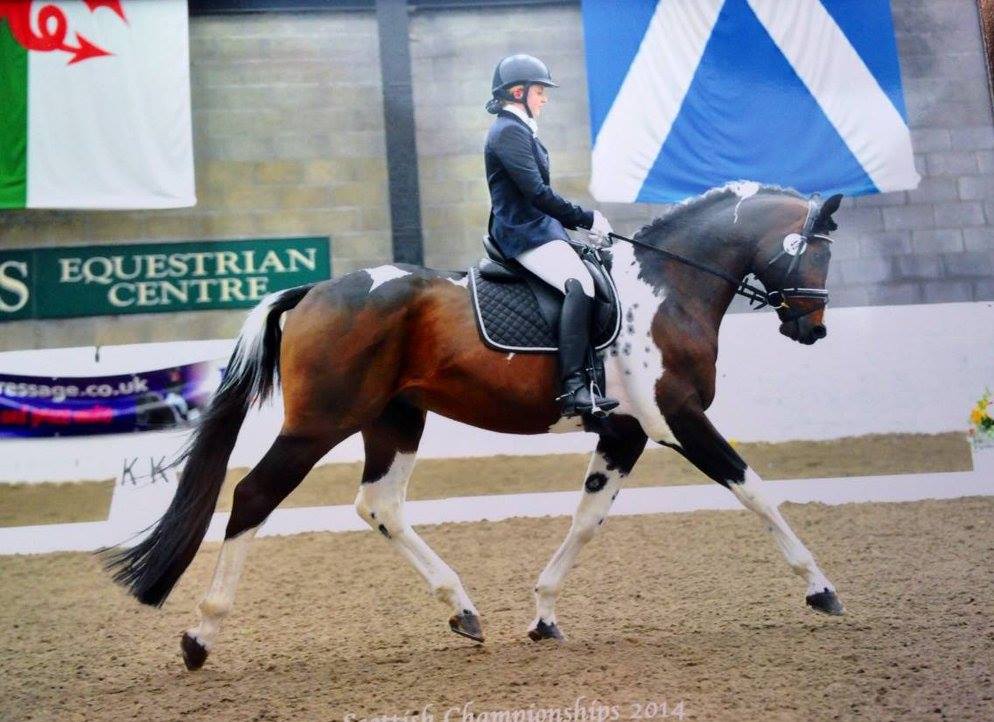 Fully licensed as a Group II Stallion by the British Warmblood Studbook (Group I being reserved for Advanced/Grade A) and most stallions going into Group III or the Sport Horse register, Defiant was praised by the international panel of judges for his athletic jump, walk and impeccable temperament.

Defiant was originally produced in Scotland by a young amateur student and together they were crowned the Scottish Prelim and Novice Champions and won at Elementary level. More recently he had been competed by event rider Wayne Garrick, scoring over 70% on his first Advanced Medium outing. 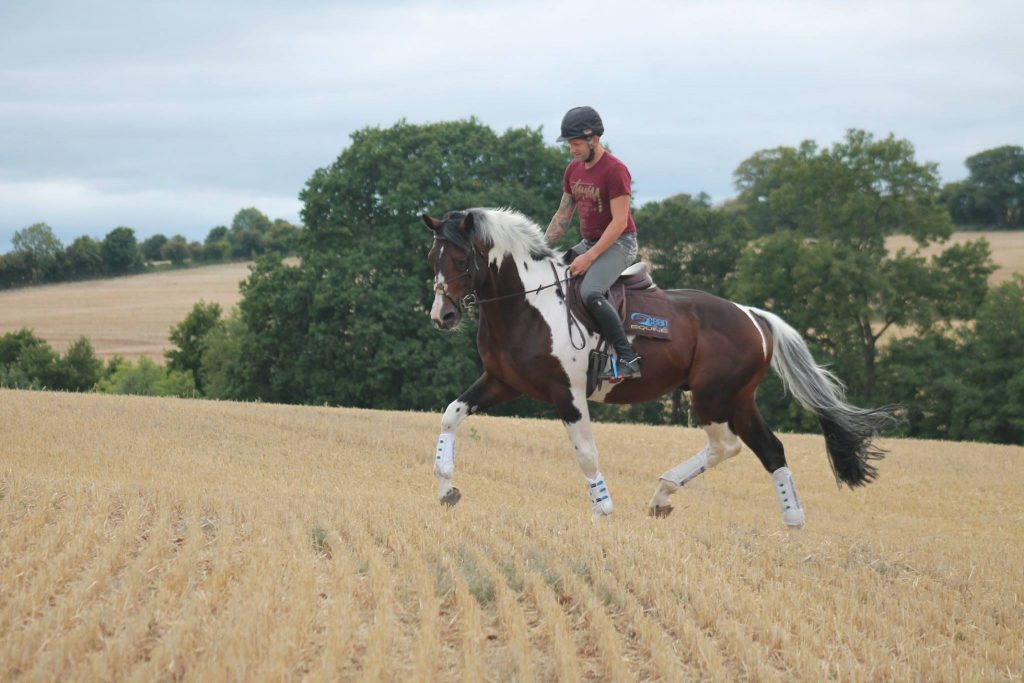 Defiant is a truly beautiful horse with a huge walk, powerful canter and a superb temperament. He is ideal to produce athletic and trainable sporthorses for the competitive amateur rider. He is available fresh and chilled semen through www.volatis.co.uk

Defiant has only been used privately on his owner’s own mares and has just the three foals on the ground: 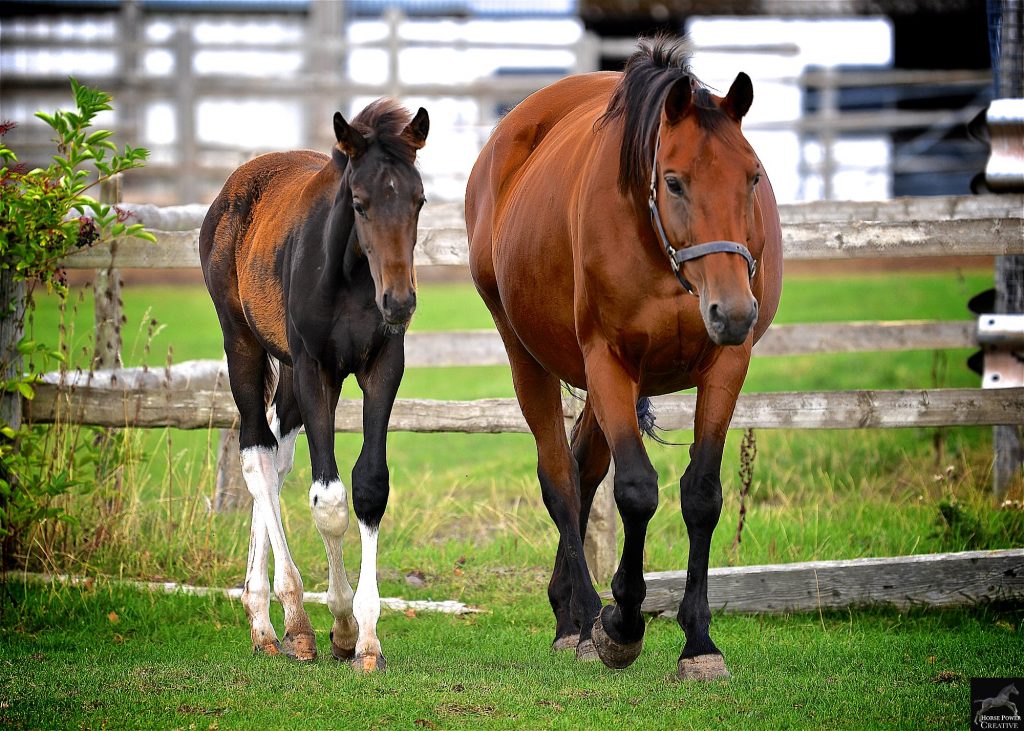 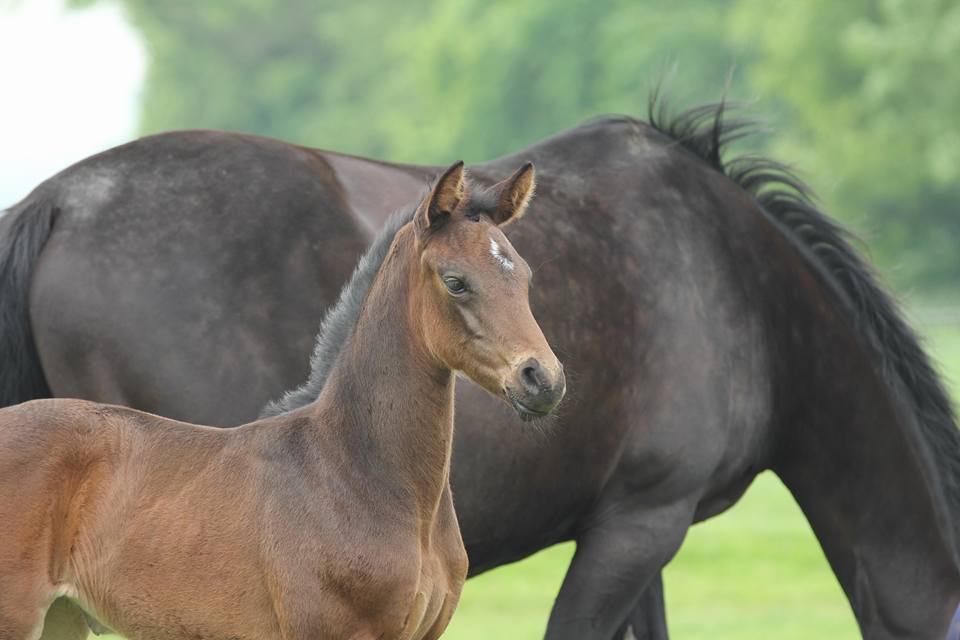 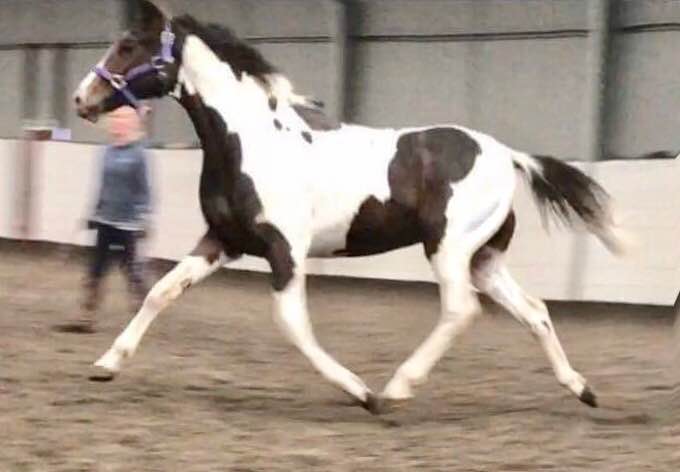 Yearling colt out of Goodtimes mare

Defiant’s sire SHOWMAKER was placed in the Bundeschampionate and was the PAVO International 4yo Champion, National 5yo Champion, and 6yo Vice Champion. He was also selected to compete at the World Young Horse Championships in Verden. His oldest stock are now serious competitors at small tour level and national regional championships. 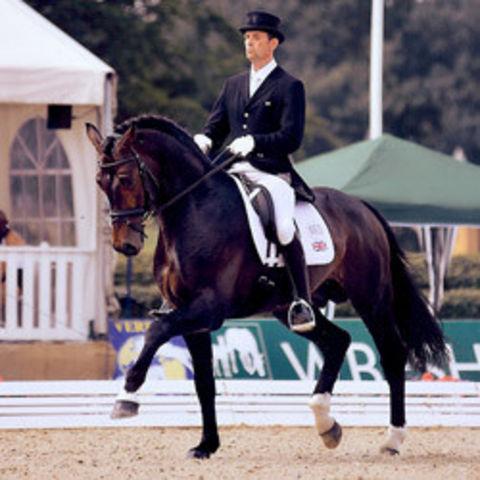 SHOWMAKER is the half brother of the 2003 Westfalen licensing champion Dancing Dynamite, who is competing at Inter 1 and has a dressage breeding index of 148 with 15 offspring competing at S level or higher. SHOWMAKER is a son of the Grand Prix competitor SHOW STAR who in turn is a son of World Number 2 dressage sire SANDRO HIT. This blood is complimented by the late great FIDERMARK, a Grand Prix star and incredibly important sire. He is the sire of Farewell I-IV and Fidertanz, and WEG Bronze medalist Mount St John Freestyle among others.

Defiant’s dam DEE DEE G has produced 2 graded stallions and was Champion of her own grading. She reliably passed on a superb work ethic and quality onto her offspring. Dam sire STANHOPES DUEKA was the Coloured Champion at Horse of the Year Show and is a son of STANHOPES DIDDICOY, one of the greatest and most versatile coloured stallions. Diddicoy competed with Carl Hester to Intermediare level as well as eventing and winning in the show ring. 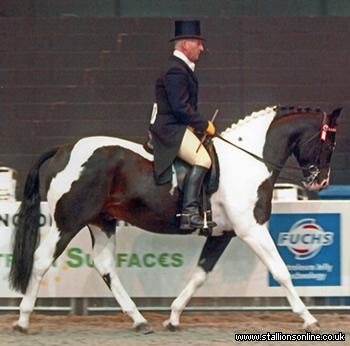 The dam line further back is important Thoroughbred blood, with the sire line of Tudor Minstrel, the same sire line that produced Lauries Crusador.and also Ballymoss, a very important damsire who appears in both NH and sport horse pedigrees.