It is not often show jumping gets a mention on breakfast television, but the victory of Laura Renwick and her rising 9 year old British bred Top Dollar VI in the Olympia Puissance, certainly caught the media’s attention.

Top Dollar is an AES registered stallion who was bred by Sue Clark from her successful competition mare.  He is proving to have huge scope (not just winning the Puissance but was the winner of the six bar contest at Olympia in 2016), but has followed on from his success at Olympia, with placings in the Longines Ranking classes at the Liverpool International Horse Show.

He is shaping up to be a very promising Grand Prix horse, with huge amounts of scope, and with youth on his side, could be future team horse for Laura. 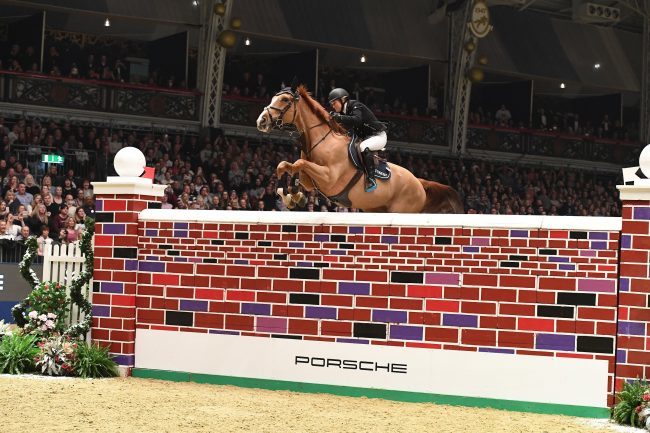 Top Dollar hails from the famous Alme sire line, which continues to have a significant influence across the top levels of the sport. His sire is the top international competitor Dollar Du Murier, who won team gold and individual silver at the 2002 World Equestrian Games and numerous Nations Cups and Grand Prix. 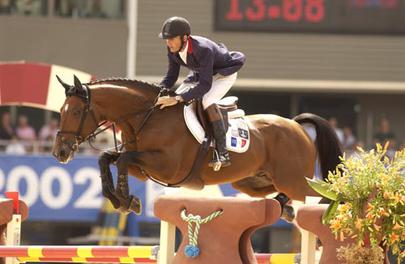 Top Dollar’s dam Elegant C has bred a number of other foals for Sue. A year older than Top Dollar is the Lupicor son I.C who is winning 1.30m open classes, and a year younger is the Kannan son Kan Kan, who is also winning 1.30m classes with Laura Renwick. She was awarded with the BEF Show Jumping Broodmare Certificate of Merit in 2011 based on the success of her offspring in the Futurity series. Both Kan Kan and I.C were awarded high first premiums, just fractions away from an elite award and Top Dollar himself was awarded a Higher First when presented as a 2 year old in 2011.

Elegant C was an agile and dynamic little mare and had a strong competition record herself, winning international classes (including at Horse of the Year Show) with Paul Barker.

She also has a half sister jumping at CSI** level in France. Her sire Darco was a stalwart of top international championships, placing at Olympic and World Games, and was the most important sire to stand in Belgium. He is well known in UK breeding circles too, with his son Unbelievable Darco standing for many years at Brendon Stud. Other top Darco offspring include Sapphire (Mclain Ward), Otterongo (Ludo Philippaerts) and Winningmood (Luciana Diniz). 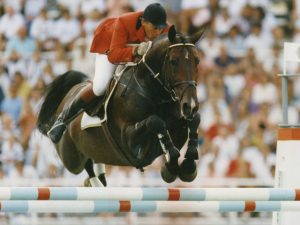 In the third generation is another stallion who appears in British breeding- the Landgraf son Landetto. Landetto is also the damsire of Billy Twomey’s Je T’aime Flamenco and the combination of Darco and Landetto together also appears in the damline of another Brendon Stud stallion – Fabrice van Overis.