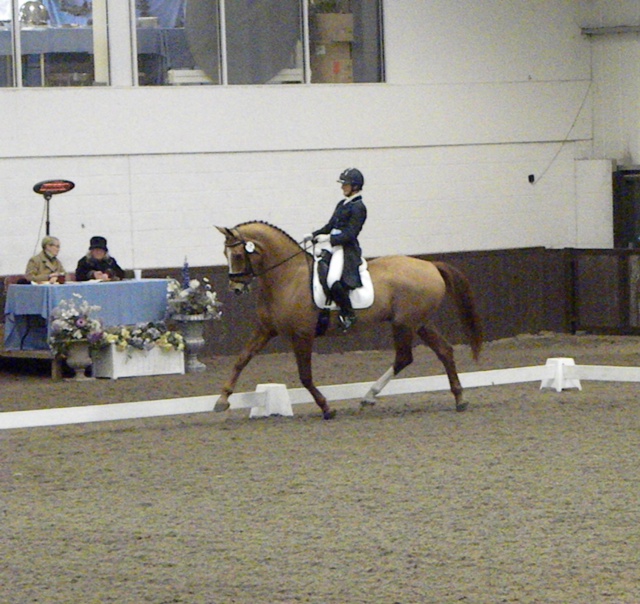 It is always exciting to see British bred stock moving up the competition ladder, helping to highlight the expertise of their breeder. But it is even more exciting when a rider and breeder partnership really works and both parties achieve success, united by a horse.

In this instance, that horse is Coady Bay Richelieu, a 9yo British bred Oldenburg, bred by Lois Allard of Coady Bay Stud in Buckinghamshire. Purchased by Lucy Farrer as a 7 month old foal, Richelieu is now successfully competing at Intermediare I and working at Grand Prix. Lucy fully expects him to be competitive at Grand Prix in the future.

Lucy had competed a mare called Articana for Lois, up to Medium level and was selected for the Olympic Potential Squad. When Lucy was looking to purchase a talented young dressage prospect for herself, Coady Bay Stud was the automatic choice. 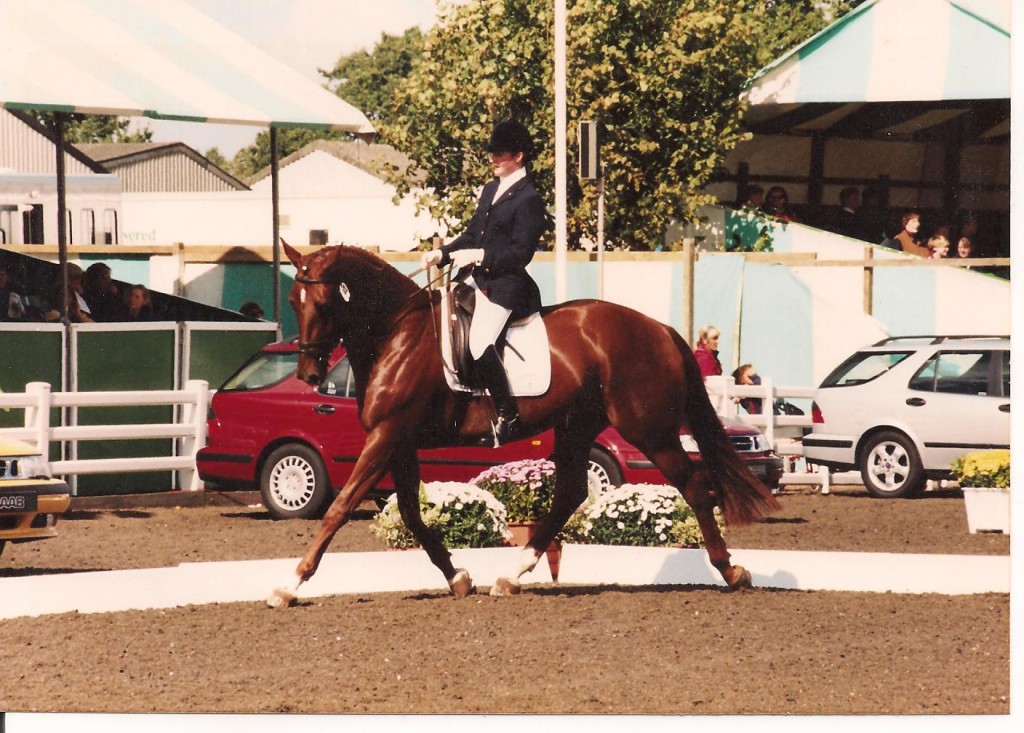 It was at Coady Bay that Lucy selected Richelieu, a chestnut son of Hengststation Pape’s Riverside, out of Artieka, who coincidentally was the full sister to Articana. It was Articana’s success that convinced Lois to start breeding from Artieka rather than sending her for a career in sport. Breed the best and ride the rest as the old saying goes!

Even at that young age, Richelieu’s walk and canter stood out as high quality gaits. He has always had a fabulous hind leg, and this means as he progresses up the grades, Lucy is discovering he has a real ability for the collected work. If he has a weaknesses it would be that he is a little long and can be quite sensitive. However this sensitivity is now proving to be an asset as the advanced work requires quicker reactions and more expression.

Lucy’s proudest moment in their career together so far has been how well Richelieu coped with the atmosphere at their first visit to the BD Nationals in 2014. The pair placed in both championships they had qualified for, 3rd in the Open Elementary and 9th in the Open Medium. In the 2014/2015 season they qualified for the Winter Championships at both Medium and Advanced Medium. This year the aim is to build on their scores at Intermediare as they continue towards the ultimate goal of Grand Prix. At not even yet 9 years old, the pair look well on track.

Looking directly at the third generation of Richelieu’s pedigree, there are some of the greatest names in dressage breeding there. Rubinstein, known for passing on great rideability, Donnerhall, arguably the founder of the greatest of all modern sire lines, and one of my personal favourites Weltmeyer, who passed on a wonderful hind end and power. But the Anglo Arab Inschallah, the sire of Richelieu’s grand dam, was also a significant influence in Oldenburg, and an especially good broodmare sire (Rohdiamant, Royal Diamond, K2 & Furst Gotthard).

Lois selected the chestnut stallion Riverside to use on Artieka as she had seen him first hand at Ingo Pape’s Stud in North Germany and saw he had all the attributes needed in a Grand Prix horse. She has also been successful in crossing a similarly bred mare to Riverside’s sire Regazzoni and also to his close relation Donnerschlag. 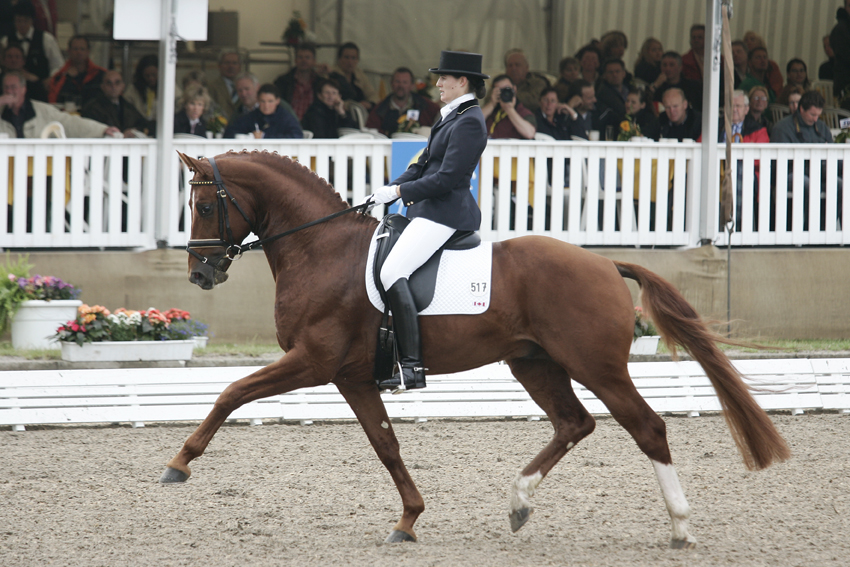 Riverside was the winner of his performance test and competed successfully at the Young Horse Championships in Verden and the Bundeschampionate, before being exported to Australia in 2008. He hailed from an impeccable mare line, with his granddam Pirola being a half sister to the great stallions Pik Bube I and II, and the dam of Donnerschlag. His dam Desiree also produced a very influential stallion in the US – Bugatti Hilltop, and the international Grand Prix performer Santana.

Richelieu’s dam Artieka has proved to be an excellent broodmare for Coady Bay Stud. She has also produced Coady Bay Artique (by Farewell III), who has enjoyed show jumping alongside competing successfully up to Advanced dressage, qualifying for the Burghley Young Event Horse finals and BD National Championships, and victories at BE CCI* level. 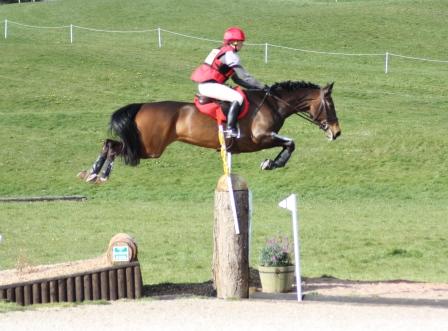 Her sire Welton was a cross between the afore mentioned Weltmeyer and a daughter of another wonderful broodmare sire in Akzent II, and therefore carried two crosses of the highly influential Hanoverian sire Absatz close up. Further back in her pedigree is another refining stallion, the Thoroughbred More Magic who was a significant influence on the Oldenburg and Hanoverian studbooks. 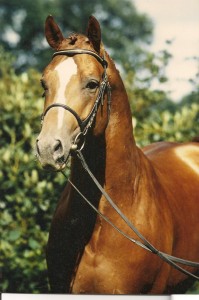 The careful consideration of bloodlines, not just in the first generation, but further back in the pedigree, has resulted Lois Allard breeding a Grand Prix prospect to be proud of. We will be watching Richelieu’s progress this year with interest.