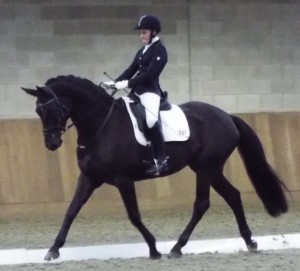 Laura Gulliver is a Para Grade IV rider, who is on the BEF Talent Excel Para Squad and who has her eyes set on a place on the British team. She has won her last 10 BD outings, and has competed at CPEDI** (International 2 star Para Dressage) and Premier League level.

Her partner for the last few years has been the Trakehner mare Woodcroft Natalia, a 6 year old bred in Cambridgeshire by Woodcroft Stud.

Laura describes Natalia as a very beautiful and elegant mare with 3 expressive paces. Laura purchased her as a 3 year old Premium graded mare from her breeders and knew instantly that her brain, uphill frame and loose paces were exactly the combination she had been searching for.

Trakehners occasionally have a reputation as being sharper or more sensitive than some breeds, but enthusiasts of the breed prefer to refer to them as the Ferraris of the equine world. Natalia’s quick brain and great work ethic has made her the perfect partner for Laura. Due to her disability, Laura has to adapt the aids she can use from day to day, but Natalia picks this up very quickly and adapts to Laura’s needs.

The duo are currently competing at both Elementary and in Grade IV Para tests, both of which are demanding on a young horse. Her BD record reads at a very impressive 19 wins out of 24 starts. Their 2016 aims are both the Summer Para Championships and the CPEDI at Bishop Burton in July. Ultimately Laura believes that she will be able to train the mare she bought as a 3yo all the way to Grand Prix.

Natalia is a daughter of the Grand Prix stallion, Garuda K, who is known for his temperament and work ethic, as well as elegant paces. Garuda is not only graded with the Trakehner Verband in Germany but also the Westfalian Verband and was Reserve Champion of the Warmblood Breeders Society Grading. 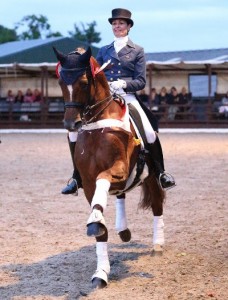 Garuda K’s sire is another Grand Prix competitor, the Elite stallion Münchhausen TSF who was proclaimed the 2011 Trakehner stallion of the year. He was part of the Danish Bronze Medal winning team at the 2005 European Championships. He has sired a number of offspring competing at Grand Prix.

Garuda’s grandsire Hohenstein was one of the most popular stallions in the Trakehner breed, but was also influential in Hanover through his sons Hochadel and His Highness. 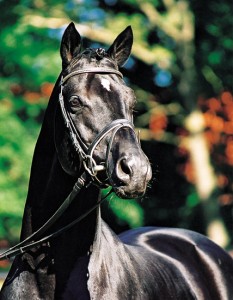 Natalia’s dam Natalie was bred in Germany where she was awarded the State Premium title at her grading. She is the daughter of yet another Elite stallion and Grand Prix competitor in Latimer. Latimer was the 2000 Bundeschampion and his wonderful temperament made him a successful Junior team horse. He has a number of successful sons such as the Elite stallion Hibiskus , Karolinger I and II and Finckenstein. 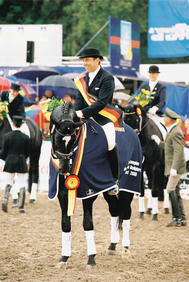 Through Hohenstein, Latimer and her grand dam Neuer Stern, Natalia carries three crosses to the most influential of all modern Trakehner stallions, Caprimond. Caprimond was known for longevity (he passed away at the age of 29), soundness and amazing ridability.

More siblings to Natalia are in the pipeline who will no doubt make their presence felt in the dressage arena, such as the yearling colt Woodcroft Nero (a full brother), and the 3yo Supertramp daughter Woodlander Supermodel.

Laura sums up their great relationship – “Natalia is my reason for getting up in the morning and pushing through the pain”. 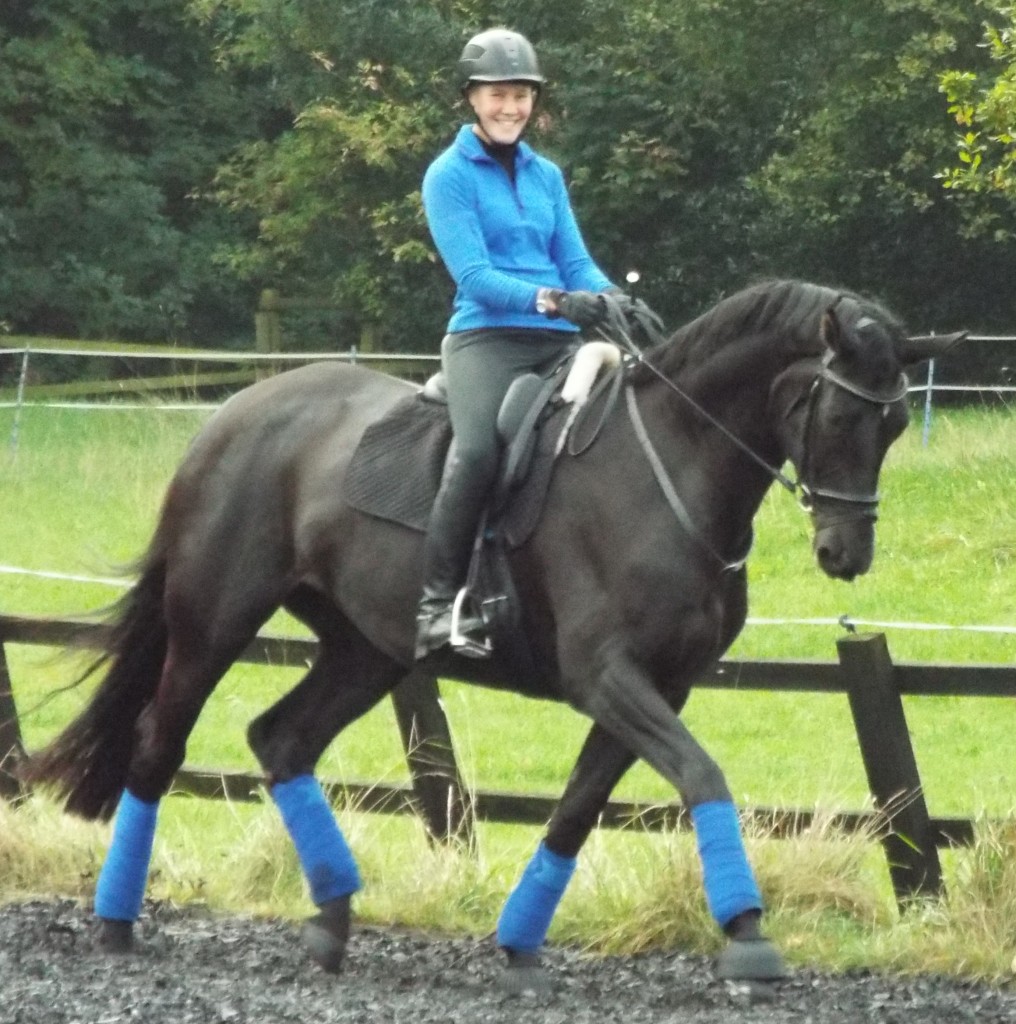