The 2nd annual Harthill Stud Spring Breeder’s Seminar has held in Cheshire on Sunday 20th March and Monday 21st. Following on from the success of last year’s inaugural event, the theme for 2016 was the preparation and sales of young jumping horses.

The practical elements of the workshop were held at the Quigley’s Hawthorn House, where the well planned layout meant the main topic of loose jumping could be showcased most effectively. The first day’s session was hosted by Johanna-Lea Florsch who for many years oversaw the UK involvement with the Oldenburg Verband. Commentator Brendan McArdle has a connection with Harthill, as his family owned and stood Ramiro B during his time in Ireland. 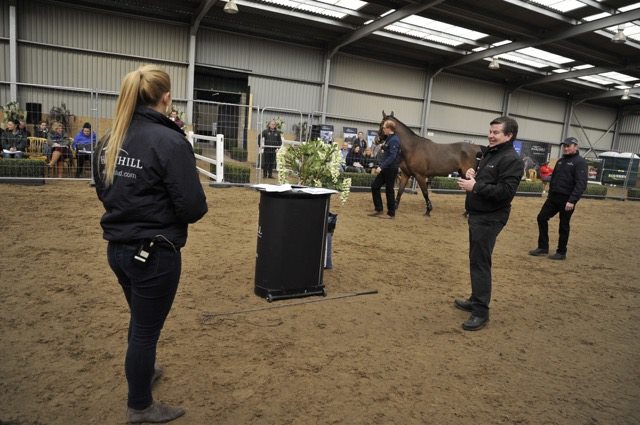 The audience was split fairly evenly between breeders and producers, and the session provided both sets of spectators with valuable information and guidance on the use of loose jumping as both an assessment and a training tool.

The value of loose jumping

Loose jumping provides the earliest possible assessment of the young jumping horse, allowing the breeder to ascertain if the horse should be retained and produced, or sold on. Potential buyers will also be able to view the young horse before it is under saddle, and it is the best way to develop and prepare them for later courses under the rider. Properly executed loose jumping should train the horse in its rhythm, balance and jumping technique. With older horses the loose jumping lane can help rebuild trust after a bad experience or improve technique.

The main focus of the session was watching a number of green 3 year olds down the lane, who each had different strengths and weaknesses. The audience were encouraged to evaluate each horse using the Oldenburg Verband’s linear scoring technique which takes account of scope, carefulness, front and hind leg techniques, the bascule, rhythm, balance and other features. Johanna discussed with the audience what she saw as the stronger and weaker points of each horse and how she would score them.

The Harthill team had been really well drilled in how to set up the lane, how to guide and encourage the horse, and many spectators will have gone home armed with valuable information on how to start this important process with their own stock. It would have been nice to see some of our younger British breeders and producers in attendance so they could have developed this important skill.

Johanna also discussed the relevance of spending a little time in the winter taking yearlings into the school a few times to allow them to become familiar with poles ono the ground, handlers, whips and surroundings. Even at this young age you can see if a horse has the necessary balance, attitude, and willingness to become a future top jumper. Two very attractive yearlings were brought into the arena to demonstrate how the innate ability can be spotted so early. A chestnut daughter of Silverstone really caught the eye as she showed a natural tendency to jump over the poles in the lane, combined with a super hind quarter and great balance. Johanna said she would never really put poles up any higher than 50cms at this stage. 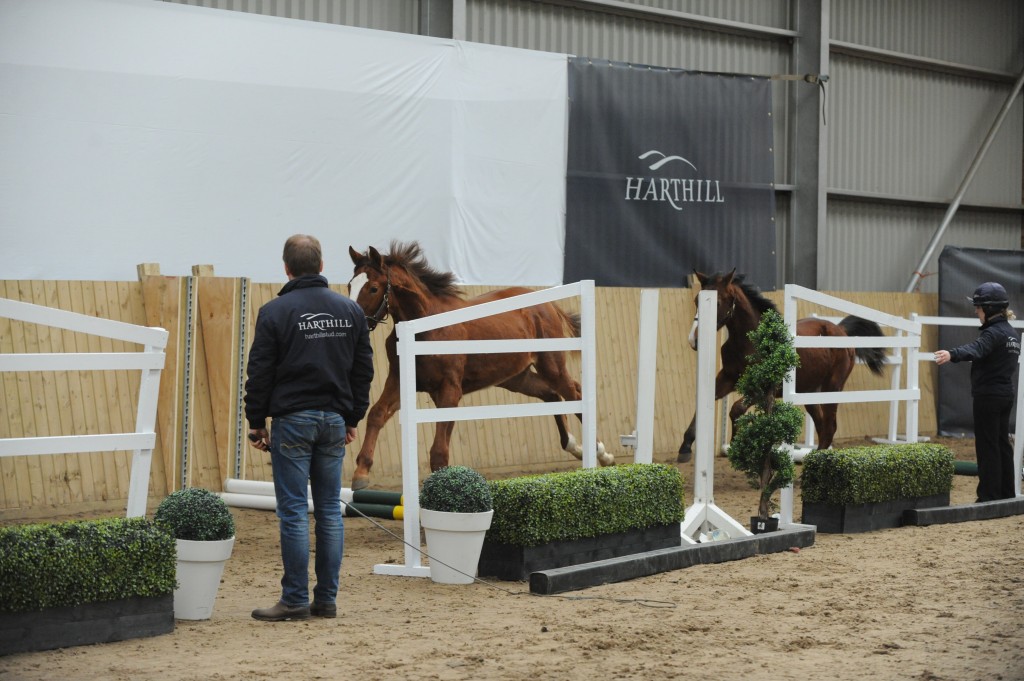 Among the spectators I spoke to, there was a feeling that investing the time and the personnel into loose jumping correctly, would be worthwhile, even if this meant having to come together with other local breeders to pool resources.