The 2016 Rio Olympic Three Day Event was a true championship spectacle.  Each element played a key role, with the cross country demanding bold, fearless and accurate riding and medals being won and lost in those crucial final show jumping rounds.

Certain horses caught the eye across the three days, whether that was for their athleticism, bravery or scope, and the bloodlines behind those horses are reviewed here. 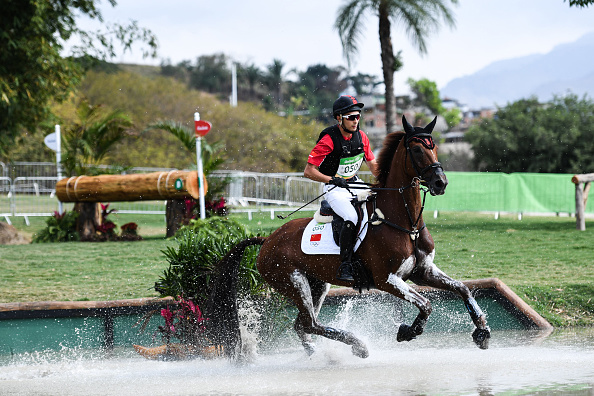 This athletic and scopey chestnut mount of Chinese star Alex Hua Tian finished in an incredible 8th in the end and was ultra consistent in each phase. What was so exciting is the fact he is registered with the British Hanoverian Horse Society, and therefore flying the flag for British Breeders. Don Geniro was bred and is still part owned by dressage rider and trainer Pamela Dews, and in fact started his career in that sphere. He switched to eventing with great success placing at the British and World Young Horse Eventing Championships as a 7 year old.

His sire Don Kennedy was Champion of the 2003 Oldenburg licensing where he was already under the ownership of Sarah and Anthony Pidgley. After standing initially at Schockemohle he rather disappeared but was standing at a small stud in Westfalia as recently as 2014. Don Kennedy combined the trainability of the great Grand Prix star Donnerhall with the refining influence and stamina of a famous Trakehner damline (Kasette family). Don Geniro is almost certainly his best offspring to date.

Don Geniro’s dam Gina is by Dr Bechtolsheimer ‘s late Grand Prix stallion Giorgione who was so instrumental in Carl Hester’s career. Giorgione hailed from the Hanoverian G line through Graphit and Grande. The granddam appears to be an Irish bred mare by Sea Crest, Sea Crest was not only a Grade A show jumper himself but it perhaps most famous as being the sire of Cruising, one of the most important sires in modern Irish sporthorse breeding.

Just missing out on a medal but impressing with her ultra consistentancy was the 2014 Badminton winner Paulank Brockagh and Sam Griffiths. The mare is a daughter of the international show jumper Touchdown who is also the sire of CCI**** horses High Scope (placed Lexington), My Boy Bobby, My Royal Touch and numerous Grand Prix show jumpers. Touchdown is himself a son of the great French sire Galoubet (Baloubet De Rouet, Quick Star, etc).

The immediate dam line has produced some very useful show jumpers the best of which is Carling King (4th Athens Olympics and Team Gold Medal 2001 European Championships). Paulank Brockagh’s dam Calender Girl is also the dam of the young CCI** horse Paulank Kings River who is also campaigned by Sam.  Calender Girl is by the Thoroughbred stallion Triggerero who is also the dam sire of another CCI**** horse The Jump Jet who represented Ireland at World and European level.

Opgun Louvo was ridden for the German team by Sandra Auffarth. He may not have repeated his Gold Medal success of the World Equestrian Games, but did catch the eye again with his scope and bold attitude to finish 11th individually.

His pedigree demonstrates how effective it is to combine international show jumping bloodlines with a strong thoroughbred influence. His sire Shogoun II (who jumped internationally) is by the influential Thoroughbred stallion Night and Day, who is the grandsire of the Olympic Gold medallist Jus De Pomme.  In fact Shogoun II is very closely related to Jus de Pomme, as they share the same dam, Opaline Des Pins, a daughter of the influential Anglo Arab stallion Garitchou. Garitchou sired the licensed stallion Quo Vadis and 4 other licensed full brothers, and is also seen in the pedigree of Andiamo Z.

Opgun Louvo’s damsire is another Olympic show jumper, J’T’Adore whose sire Brilloso, produced Dallas, a stallion well known to British breeders. His dam has also produced the licensed stallion Toro Louvo who qualified for the 4yo Final at Fontainbleu. 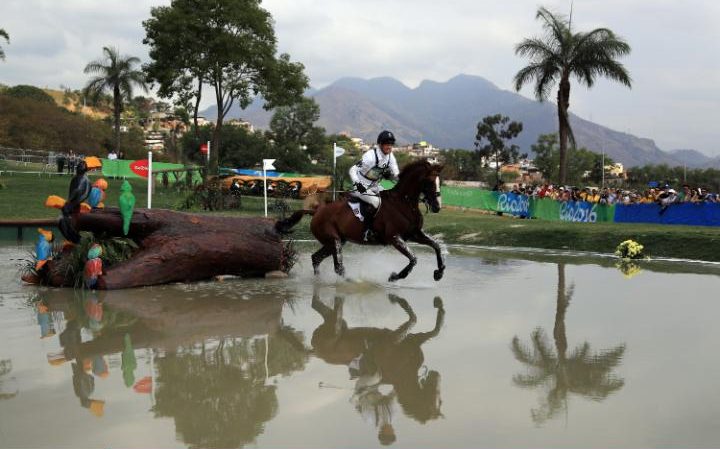 Best of British was the breeding stallion Chilli Morning, and William Fox-Pitt. After a superb score in the opening dressage phase, one unfortunate mistake across country robbed them of the gold medal that would have put the seal on a remarkable career for a stallion at the top level.

Again the pedigree of this horse shows the benefit of crossing Thoroughbred blood onto jumping prowess. His sire Phantomic was a Canadian bred son of the Derby winner Secreto and therefore a grandson of the immortal Northern Dancer. He was exported to Germany where he raced successfully before he moved into the sporthorse market as a sire. He is also the sire of the approved stallion Par Exemple (Mecklenburg).

This is the last season that this genuine stallion will be competing and I hope the British breeders will strongly support him in 2017 and take full advantage of having a world class sport horse available on our shores. 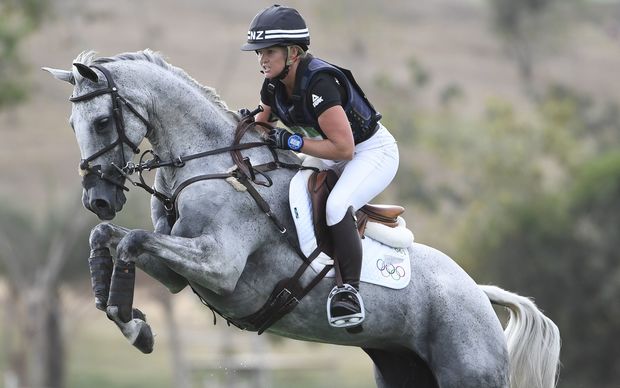 This British bred grey mare is the last horse I want to profile. Ridden for New Zealand by Jonelle Price, I was so impressed by this mare’s bravery across country and relentless gallop. Her pedigree is one that most eventing breeders would give their right arm for.

First of all the all-important dam line. Her dam Faerie Dazzler was a CCI**** competitor in her own right, winning at advanced level and competing at the likes of Burghley and Boekelo winning over 200 BE points. She is also the dam of the CCI*** performer Xavier Faer.

Her sire is Catherston Dazzler, a Grand Prix dressage competitor, and sire of multiple 4 star performers. He is also a son of the outstanding mare Welton Gazelle and therefore a half brother to international eventer and sire Yarlands Summer Song.

The granddam Clayton Mudlark is a daughter of another legendary British sire – Ben Faerie, the sire of Priceless, Night Cap and Primmore’s Pride. And in the next generation we see Jennie Loriston-Clarke’s Thoroughbred stallion Xenocles who she competed to Grand Prix level.

So the dam line of this lovely mare is a truly blue blooded one in terms of eventing. And the sire Dimaggio can also be considered a legend in terms of British breeding. Dimaggio’s owner Suzanne Lavandera, competed him to success in the millennium World Breeding Championships in Verden, Germany. As a sire he has produced European Gold Medallist Half Moon Delphi, and his tally of National Championship winning offspring will probably never be matched. His other Grand Prix offspring include Donna Summer, Treliver Decanter, Headmore Delegate and Woodlander Dornroschen, who in addition to being long listed for the Olympics herself is also the dam of the fantastic Woodlander Farouche.

Of all the horses competing in Olympic eventing competition, I know which little grey mare would be highest up on my wishlist.