The 4 year old Final was judged on Style and Performance by expert judges Andrew Saywell and Stuart Harvey. Scoring 8.9 for style and technique and 8.4 for rideability in the final round was Lizzie Bunn’s Billy Be Boss, bred by the Billy Stud. By Billy Congo (Vechta x Animo) out of the Kannan daughter Billy Be Good, making him a full brother to the CSI***** jumper Billy Cool. 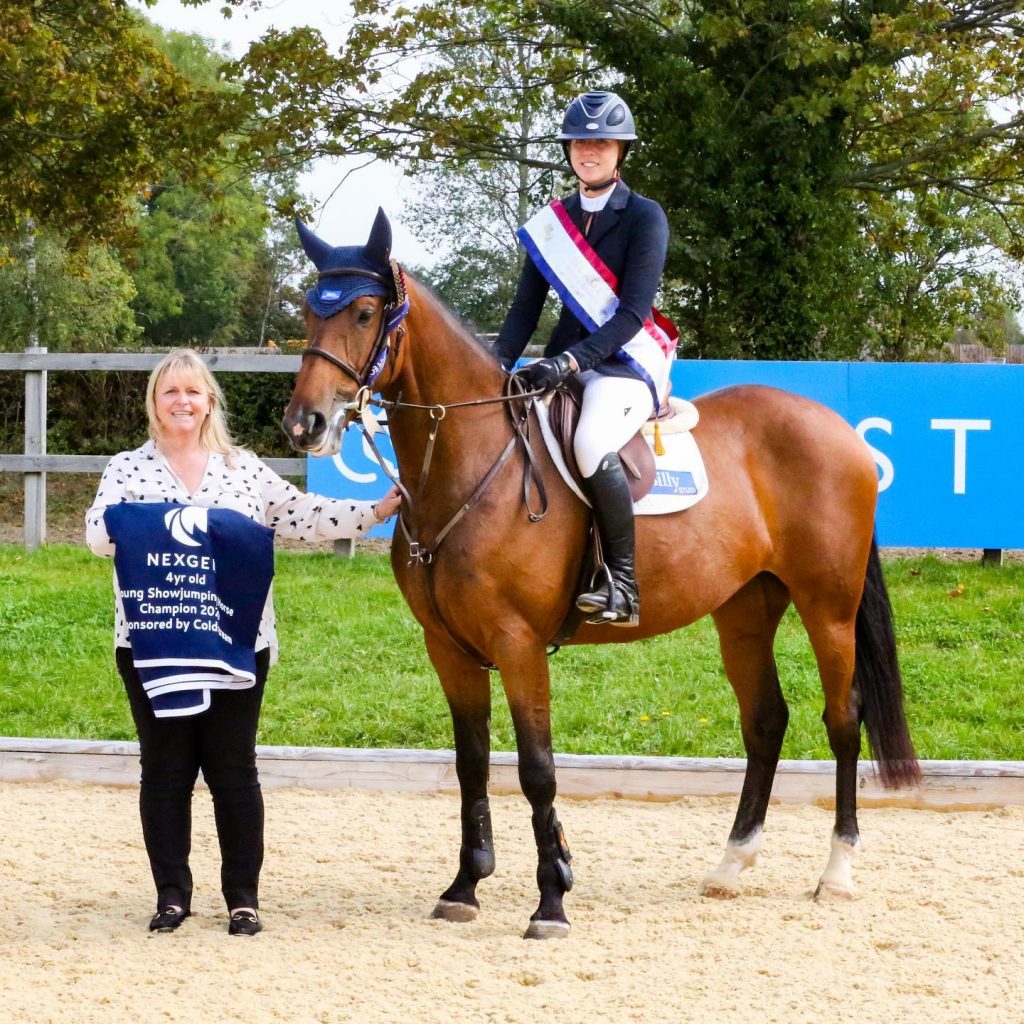 The 5 year old Final saw Billy Stud again claim the highest British bred prize with their 3rd placed Billy Marionette, a daughter of Cevin Z out of the Billy Congo daughter Billy Dorette who is the half sister of Billy Mexico. Billy Marionette also scored the highest ridability score in the class of 8.8. Lucy Townley took the ride in what was a very flowing round.  The winner was an Oldenburg bred by Gestut Lewitz (Paul Schockemohle) – Diatender TW (Nintender x Diarado) ridden by Jessica Hewitt.

The 6yo Pony winner was another to boast British bloodlines. This was Conella II, ridden by Olivia Sponer and a daughter of Billy Congo no less. 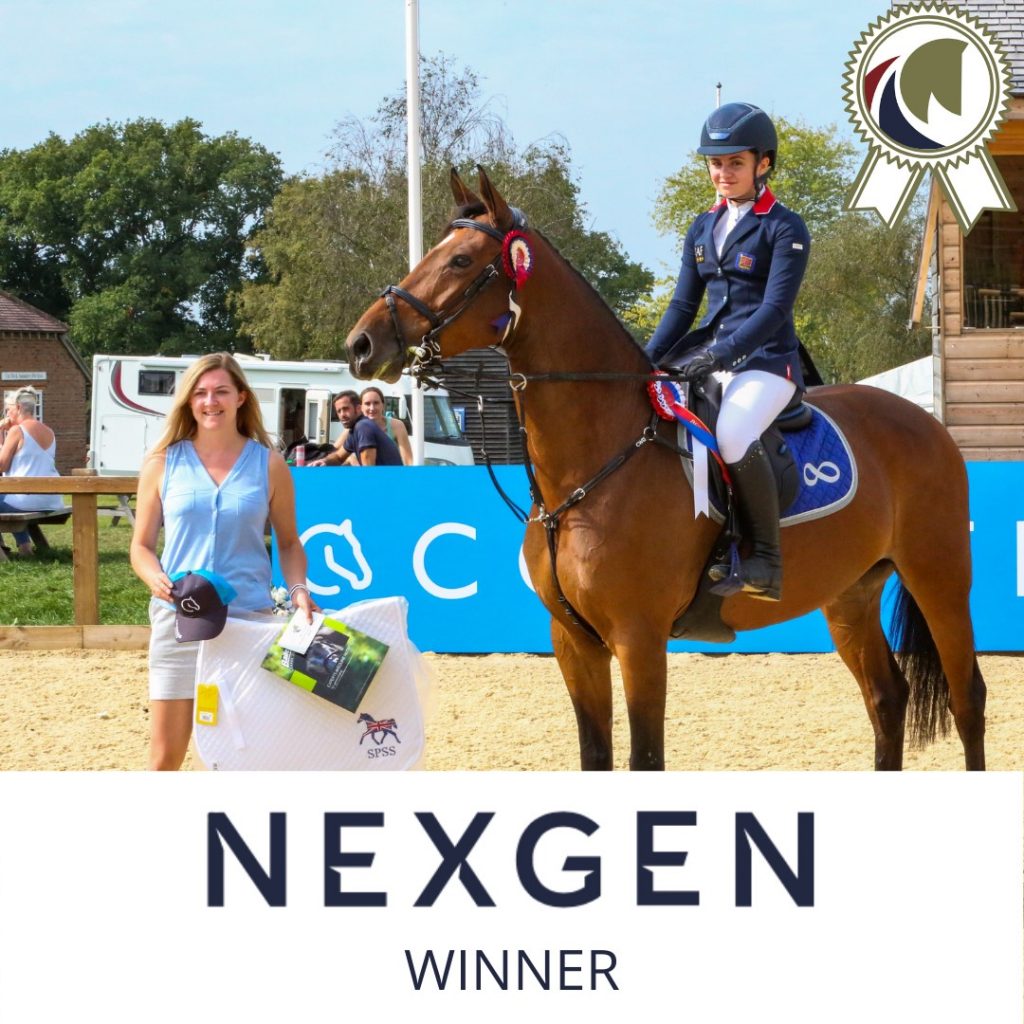 The 6yo horse final saw Nicole Pavitt scoop the £2000 winners purse with British bred Es Coco Kan by Olympic sire Kannan out of an Acobat II mare for owner/breeder Nick Jalali. This was the big money class of the day and Nicole finished just 0.13 of a second ahead of Laura Renwick and her homebred Cottee (Asteroid EX x Couleur Rubin).

Finally in the 7 year old final, Brendon Stud’s homebred Klaris Yee-Hah rounded off a super day for offspring of the talented Sussex Caretino by producing the only double clear in this final class. Ridden by Phillip Miller, this liver chestnut mare is a daughter of the great Don VHP Z, who was produced by the Brendon Stud team. 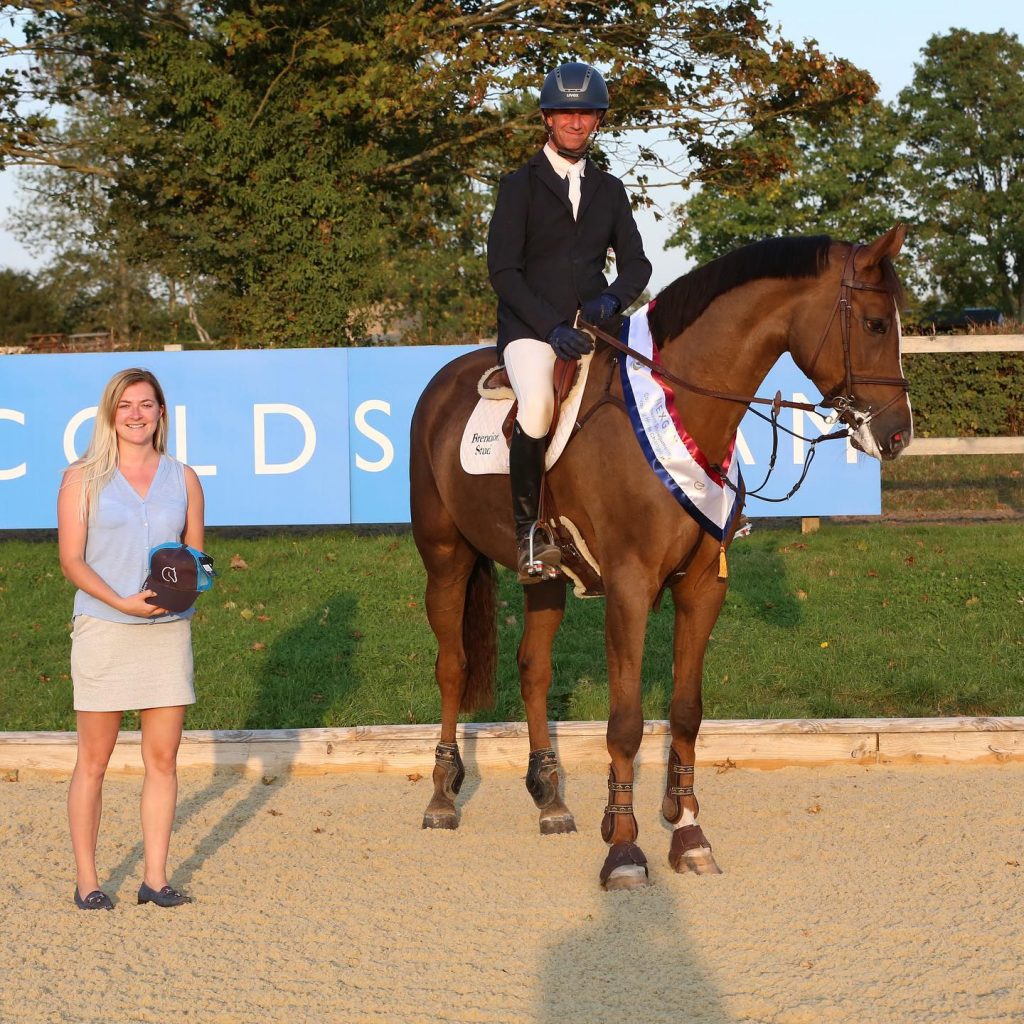 The Nexgen series has had a very exciting first year with excellent coverage of the finals and good prize money on offer. The incentive of additional prizes for the best British bred horses competing will hopefully encourage more breeders to encourage owners of their stock to target these finals next season. The venue at Hickstead seemed to work very well for all three disciplines and we look forward to the 2021 series.