The brand new Nexgen young horse championships has been a fantastic addition to the British sport horse calendar this year. The series brings together young horses and ponies from all three Olympic disciplines to the final at Hickstead.

Sadly due to the pandemic restrictions, spectators were not allowed to attend, but there was excellent coverage on Clipmyhorse which allows subscribers to also go back and rewatch the competition and should provide an excellent shop window for breeders and producers.

Today (15th September) has seen the eventing and dressage finals and I am thrilled to announce British bred horses more than held their own.

The winner of the Elite Stallions 4 year old Young Horse Eventing final was Ginny Turnbull riding Vanessa Garfoot’s British Warmblood Cathmor Fusion. This was a big scopey chestnut gelding with a wonderful balanced canter. He was beautifully presented, never rushed, and looks to have plenty of scope to progress. Breeder Sarah Watson also bred his sire Cathmor Florian (Floriscount x World Classic) and this is where that lovely canter was inherited from. Floriscount really passes on that super balanced, easy canter. Cathmor Florian was a Futurity graduate, scoring an Elite as a foal and again as a 3 year old. Fusion is out of a Dutch bred mare by the Flemmingh son Kelvin out of an Ulft dam, so some dual purpose jumping blood coming in there. 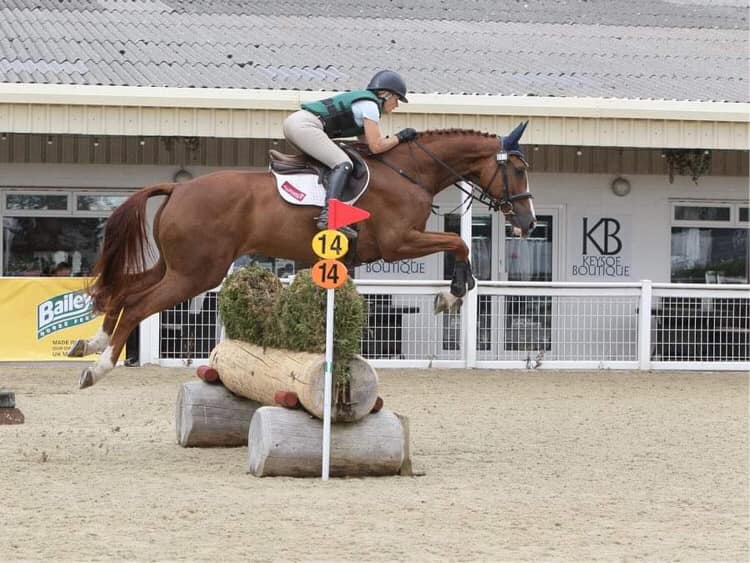 Runner up was the Irish Sport Horse CFH Dakar Hill (Dakar VDL x Lux Z) ridden by Vicky Tuffs and in third another British bred horse by a homebred sire. This was BDA Equestrian’s Zilveren’s Dark n Stormy BDA, an AES registered gelding by Zilveren Icoon BDA (Cevin Z x Graf Grannus) out of a Warrant dam that was also homebred. In comparison to the winner, this big grey gelding showed his jumping pedigree in his type, big framed, strong type, and gave his fences plenty of clearance.

I also liked the eventual 7th placed Corimiro (Amiro Z x Lovis Corinth) bred by Sarah and Brett Bullimore out of Sarah’s 5* mare Lily Corinne, making him a half brother to the BYEH finalist Coroyale and the World YH top 10 and now 4* competitor Corouet. Not a totally clean round but this one looks like an eventer, covers the ground really well and I think is one to watch.

Sadly the 5 year old class was not so successful for British bred horse, but there were still two placing in the top ten. These were Jodie Seddon’s homebred Zermillion Gin who is a daughter of the Grand Prix dressage horse Blue Hors Zack out of an Irish bred daughter of Shannondale Sarco in 8th and Kontendro WSH (Contendro x Flagmount King) bred by Alex Wyatt and ridden by Julia Norman was 10th. The class was won by JP Sheffield on the Up to Date son Special K, a tall elegant grey with a very neat technique in front.

It was a German bred 1,2 in the 6 year old class with Eliza Stoddart earning a super cross country score of 9 and a total of 89.5 on Codebreaker by the Cornet Obolensky son Cody. A really quality stamp with a lovely technique over a fence, it was easy to see why he had impressed the judges so much. Runner up was Laura Collett on the Trakehner Outback II (Duke of Hearts x Sixtus), a super pedigree for eventing. It appears the top British bred in this section was the 8th placed Rock Anthem, a British Warmblood by Woodlander Rockstar bred and owned by Meriel Rowson and ridden by Georgie Strang. Georgie also took 9th with another homebred, this time Pippa Woodall’s Jumbo son Jewelled Quest. 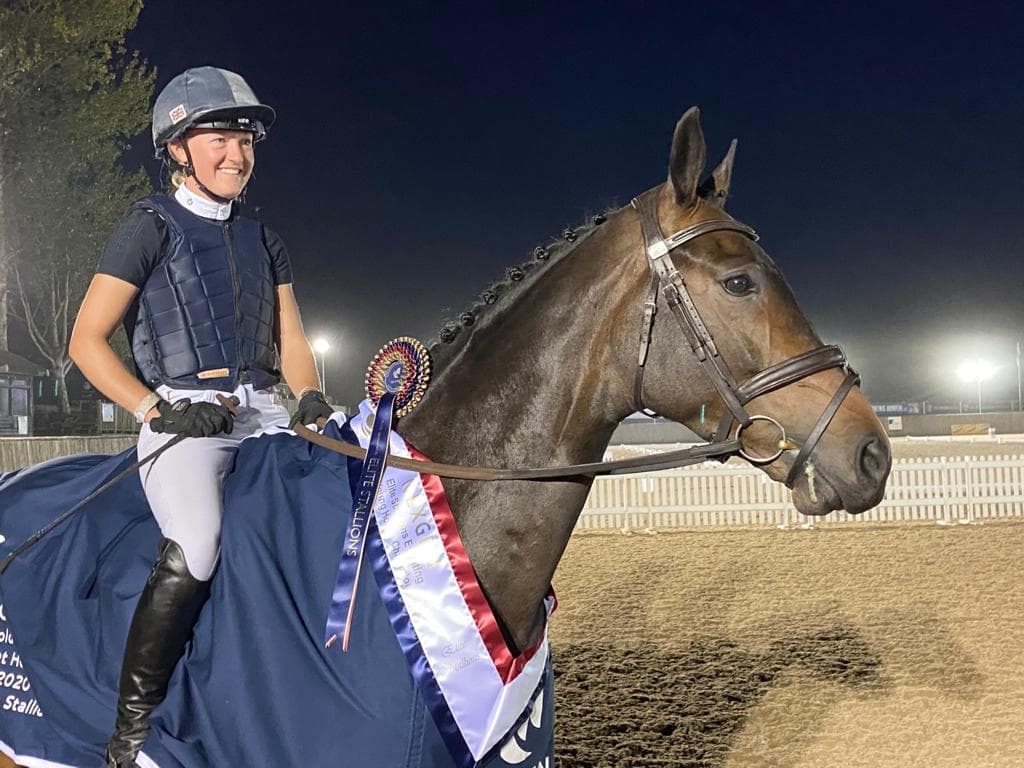 With a final score of 7.96, the winner of the Elite Stallions Young Horse Dressage Final was Elly Darling riding the AES licensed stallion Lestingdale (Glamourdale x Sorento). Big, black and powerful, this young KWPN bred horse has already been catching the eye of mare owners at his first season at stud. In second place and just 0.08 of a mark behind was Lisa Marriott’s homebred L’egro (Negro x Tango), who was ridden by Dannie Morgan. The pair had the highest walk score of the class. 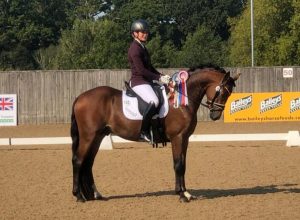 I will also make special mention of the Utopia daughter Stolen Secret, bred by a good friend of mine Michelle Dawson and ridden by Sonnar Murray-Brown. I really liked her test which sadly dropped down the order for some tension in the jaw but I loved how this mare used her shoulder and she was beautifully presented.

It was another Dutch bred victory in the 5 year old section, with Jazz Palmer riding Richard Burge’s King to victory. This son of Governor is another demonstrating that the Totilas sire line is proving very successful in producing competition rides, and was lovely and loose behind the saddle.

The next highest placed British bred horses were in joint 7th place. Catherston Timeless, the top scoring Futurity Equine Bridge candidate of 2019, lost a few marks for tension but certainly made an impression. She is a daughter of the British bred stallion Timolin who has been successfully combining eventing and competing at PSG. On equal marks was the Negro son Waverley Night Music bred by Sara Longworth and ridden by Georgina Day. 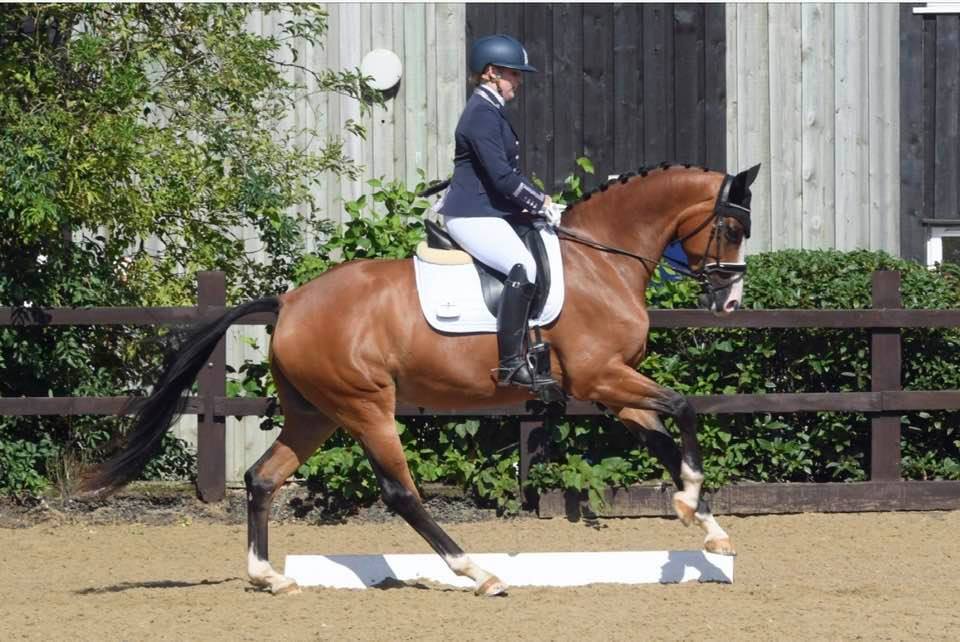 Catherston Timeless qualifying for the final

Sadie Smith went one better in the 6 year old final but sadly not on a British bred horse this time. Her winning score of 8.28 was earned on Jaguar I, a Dutch bred son of Lord Leatherdale.

The highest placed British bred was Jade Clark in 3rd place on her homebred mare Jemimah HH, a Lord Leatherdale daughter out of the British bred mare Sheepcote Compliment. Sheepcote Compliment, a Cassander x Rubinstein mare is now successful in the show ring and Jemimah HH was an Elite scoring Futurity foal. In 5th place was Lisa Marriott riding her homebred Juno’s Whispering Angel, a Sezuan half sister to L’Egro, the 4 year old runner up 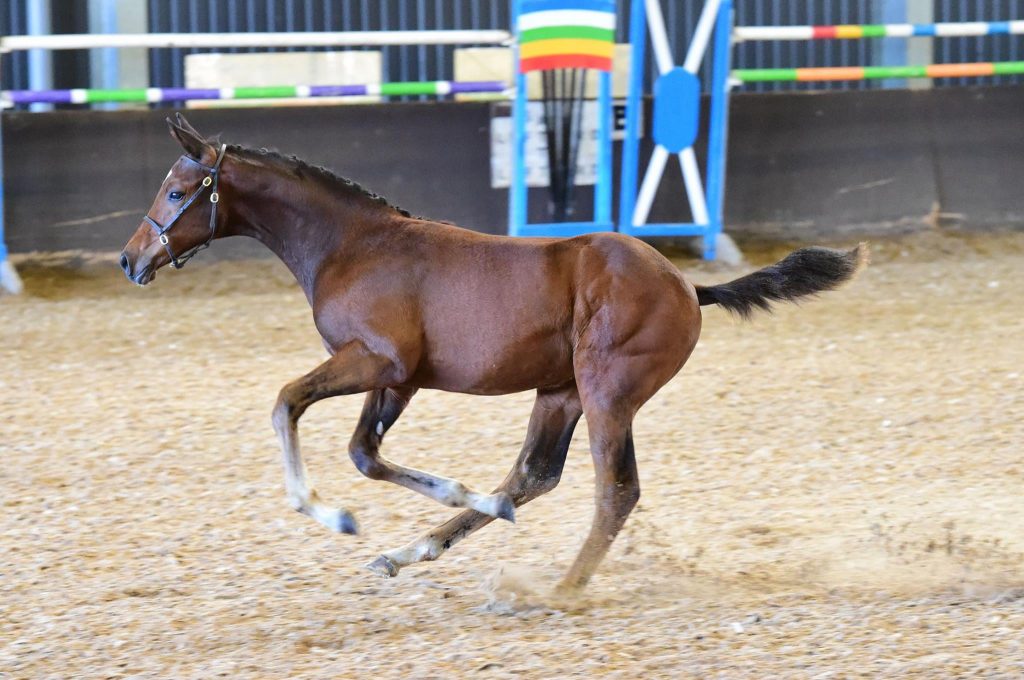 Jemimah HH at the Futurity