2021 could be the most important year yet for British stallion owners as they have the chance to capitalise on the uncertainty over semen imports caused by Brexit. It more important than ever that those with well bred, well produced and talented stallions, market them to those mare owners that might normally look overseas.

We introduce here some of the stallions that are standing at public stud in the UK for the first time in 2021. They include mainly dressage and show jumping stallions plus two eventers.

Woodlander Stud is one of the best known stallion stations in the UK and in 2021 they welcome two new 3yo stallions to their line up. WOODLANDER BERNALILLO is a WBS-UK licensed son of the late Bernay out of the Londontime daughter Long Tall Sally. He is the full brother to the AES licensed Woodlander Bowie, and the granddam is the full sister to Grand Prix stallion Wenckstern.

Sire Bernay stood at Gestut Sprehe but unfortunately passed away last year and had already reached Grand Prix and started to produce a number of licensed sons. He was a son of the British bred Boston who was in training with Isabel Werth when sadly lost at a young age. 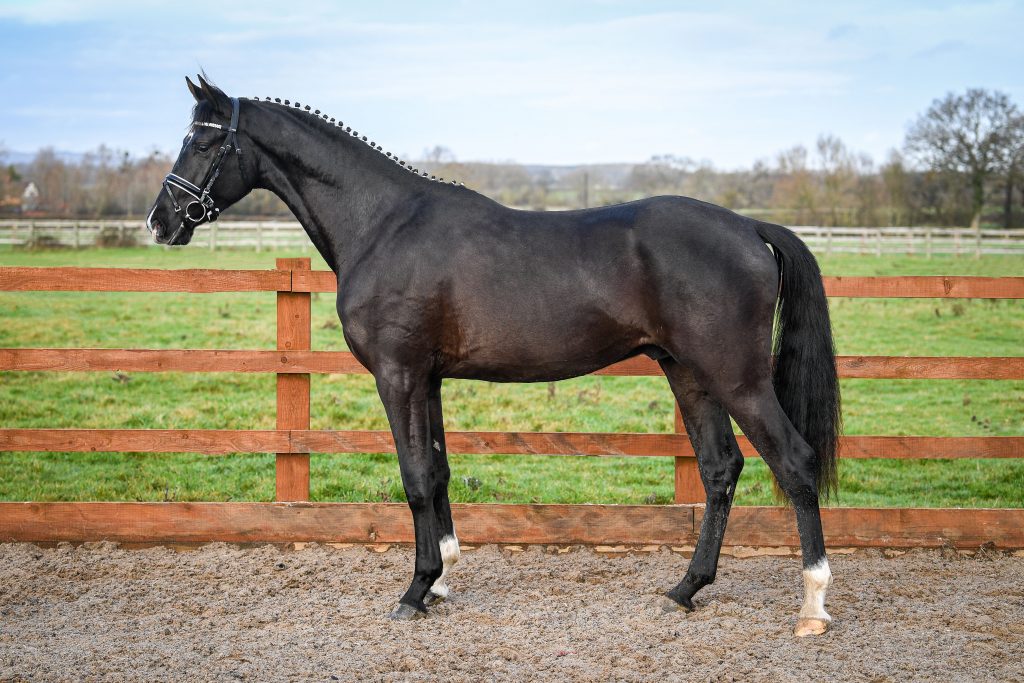 Their second 3yo is the tall Secret son WOODLANDER SEQUOIA out of the Trakehner mare Kiss. Kiss is by the international Grand Prix stallion and German Olympic team reserve Imperio and hails from the prolific Kassette mare family, famous for among others Kostolany (sire of Gribaldi and Silvermoon), Karon (sire of Caprimond), and many Grand Prix performers. Granddam Kavallina produced the licensed and eventer stallion Kaiserwalzer and dam Kiss is the half sister to the dam of Grand Prix mare Woodlander Donna Summer.

Sire Secret is a divisive sire as he combines spectacular movement with less than ideal foreleg confirmation. He has proved to be very popular in his first few seasons at stud and was the 2020 6yo Bundeschampion. He is a son of three times world young horse champion Sezuan. 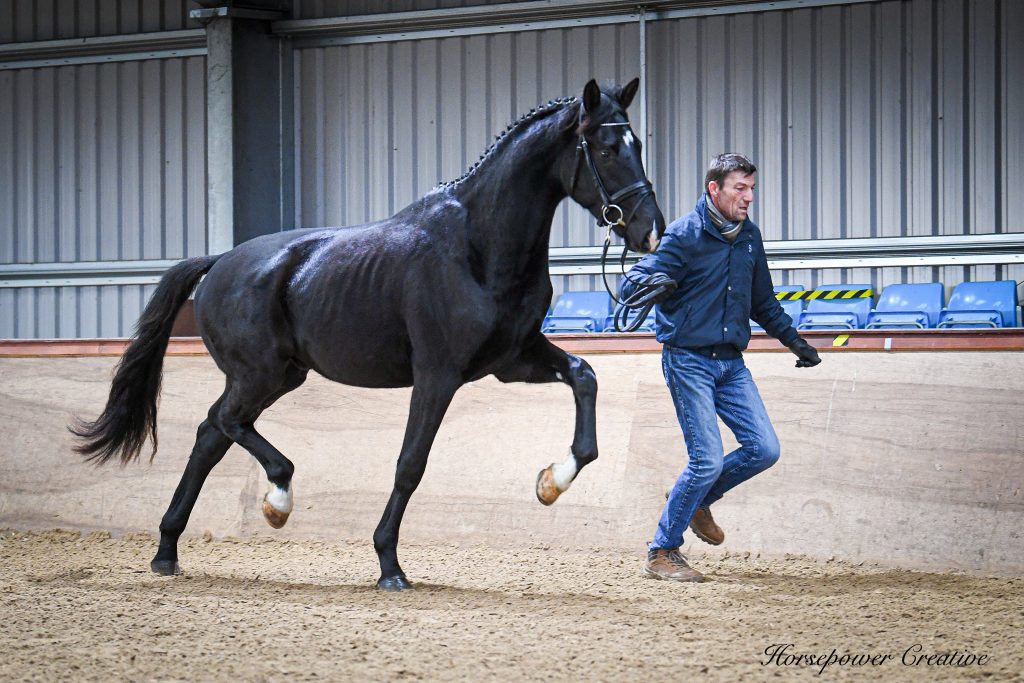 Emily Ivins already stands one young black KWPN bred stallion in Ketcher B and this year adds NICO to her line up. Recently graded by Breeders Elite this black son of Toto Jr is just 3. His dam is a Rohdiamant x Jazz daughter. She is the half sister to the stallion Hennessy who was champion of the KWPN dressage approvals. The granddam is full sister to Ragtime who competed to Grand Prix in the USA.

The sire Glock’s Toto Jr is one of the top sons of the late dressage sensation Totilas. In 2020 he was crowned Dutch National Champion scoring over 80% under Edward Gal and will be a contender for Olympic selection this year. 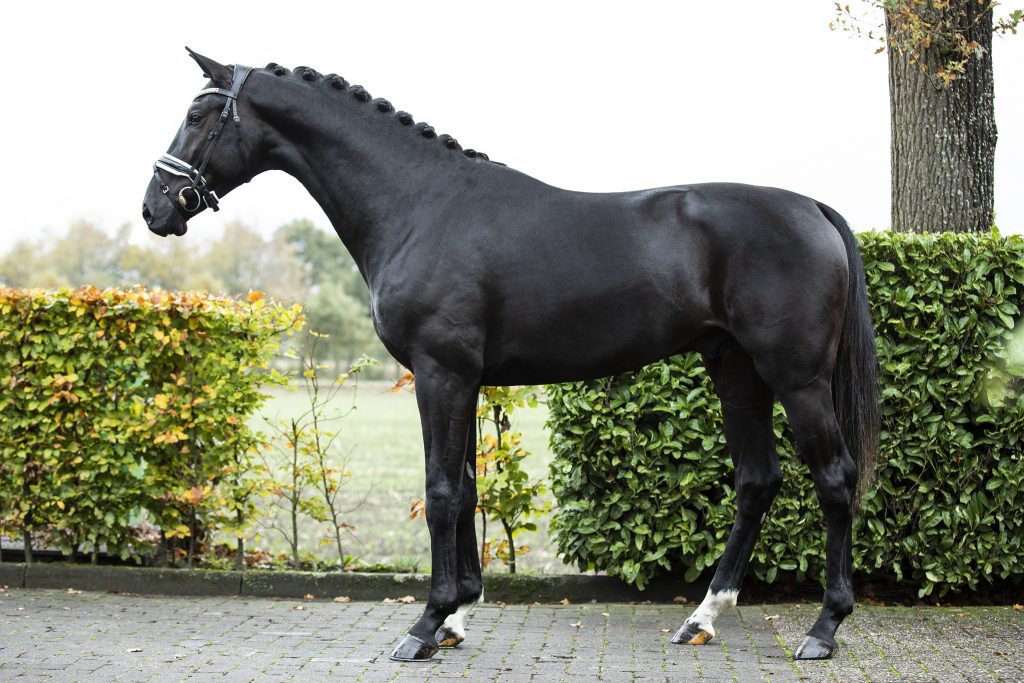 Bromson Stud are very excited about their WBS-UK licensed FIRE KRACKA (Fidertanz x Diamond Hit). A strongly made liver chestnut, he will be aimed at young horse classes in this his first season under saddle. Fidertanz is an established Grand Prix sire, currently ranked number 7 in the world. Diamond Hit was an international performer himself and currently ranked number 12. 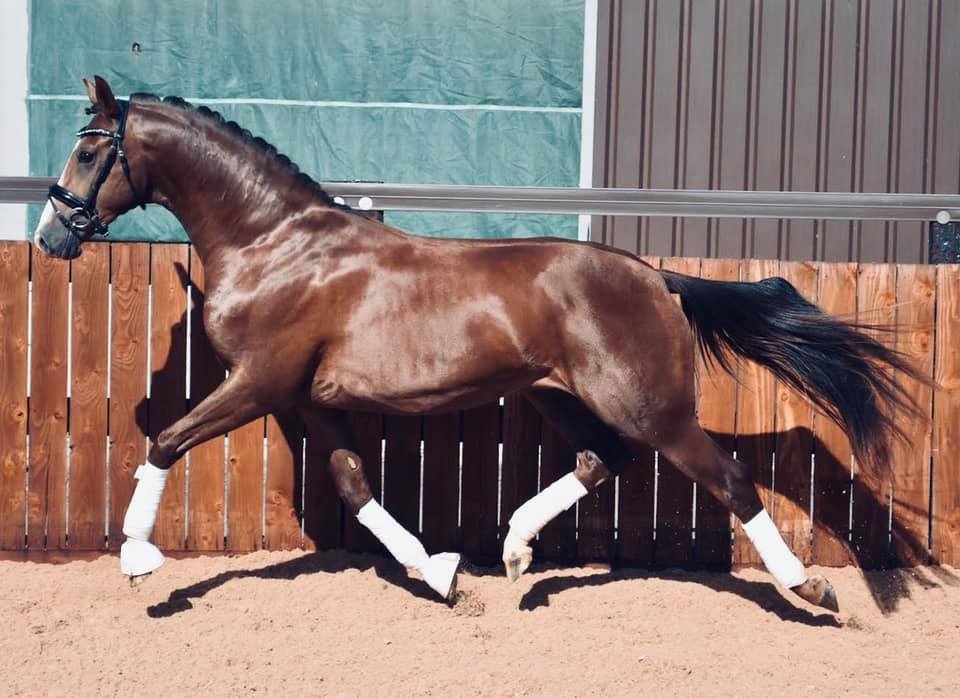 Also joining the ranks of new dressage sires in the UK is FAUSTINUS. A previous resident of Gestut Sprehe and the state stud at Dillenberg, this elegant black expressive stallion will be standing at Romanno Stud in Scotland this year. He is a son of the late Furst Heinrich out of a Trakehner mare by Starway. He was champion of his 70 day test and his oldest offspring are now competing at Grand Prix and small tour as well as young rider competitors.

Furst Heinrich has produced a huge number of stallion sons and grandsons including Furst Romancier, Furstenball and Feinrich. The Trakehner damline has produced the elite stallions Rockefeller and Ravel. 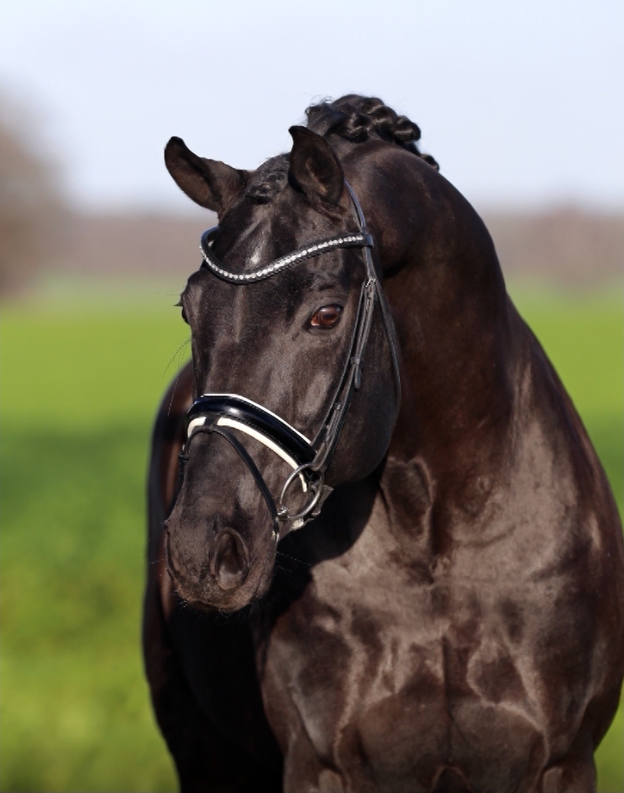 Rafa Marins introduces a new show jumping stallion for 2021 in the Plot Blue son RMS INTO THE BLUE. Breeders Elite registered (as NPS Into the Blue) and graded with AES the 6 year old is listed as 15.2hh so would be an option for those looking for a smaller sire. He made his BS debut at the end of 2020 jumping a double clear. 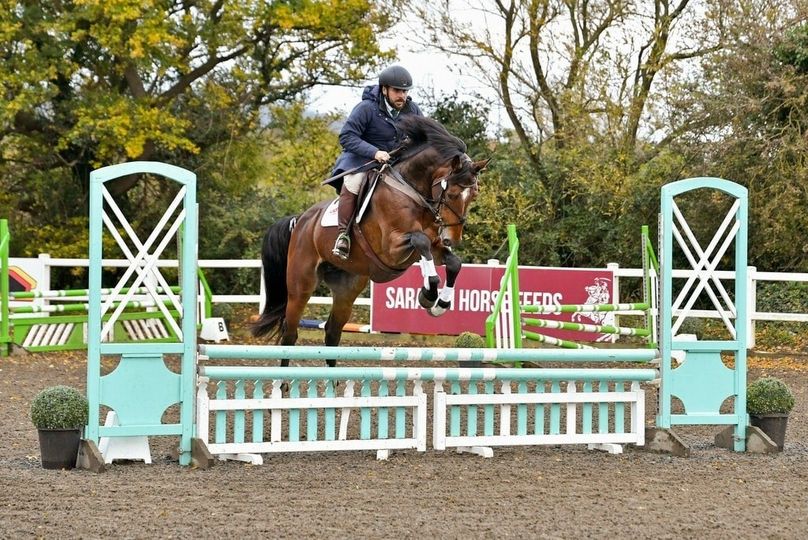 RMS Into The Blue

Breen Equestrian have a new stallion at public stud this year. The Mecklenberg Premium stallion and Breeders Elite approved Z7 DUBAI CASTLEFIELD covered privately previously and this year is available publicly with frozen semen. A Holstein bred son of Darco out of the Holstein 730B stamm. This stamm produced stallions such as Coronino, Contador and Carvallo. Z7 Castlefield Dubai’s dam by Lavall II has also produced the S level jumper Watania by Canto and her own dam Vatania (by Caletto II) also won at S level. Dubai himself made his international debut in 2020 with 16 top ten placings and will continue that in 2021. 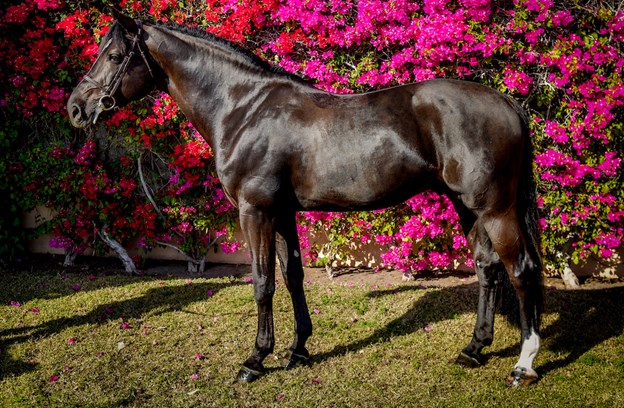 Another stallion making his public stud debut in 2021 is Clements Equine’s LAUDERDALE NS Z. Sourced as a foal through the Brightwells/AES auction where he caught the eye with his athleticism and super canter, the now 5 year old is being produced by Colin Keeling. His sire Levisto was twice winner of the ‘Sires of the World’ competition at Lanaken and a World Cup finalist.

Dam Wish is maternal sister to 1.60m Grand Prix horse Cacharel, who has represented the United States at CSIO5* Nations Cup level. Her grandam Bella is also dam to the successful World Cup horse Ace, who is a Grand Prix winner at 1.60m level, and was placed in the 2018 World Cup Final in Paris. Wish herself is already dam to two graded stallions and her first foal finished 8th in the Dutch National Free Jumping Championships, in addition she is grandam to licenced stallion Jackpot TN. 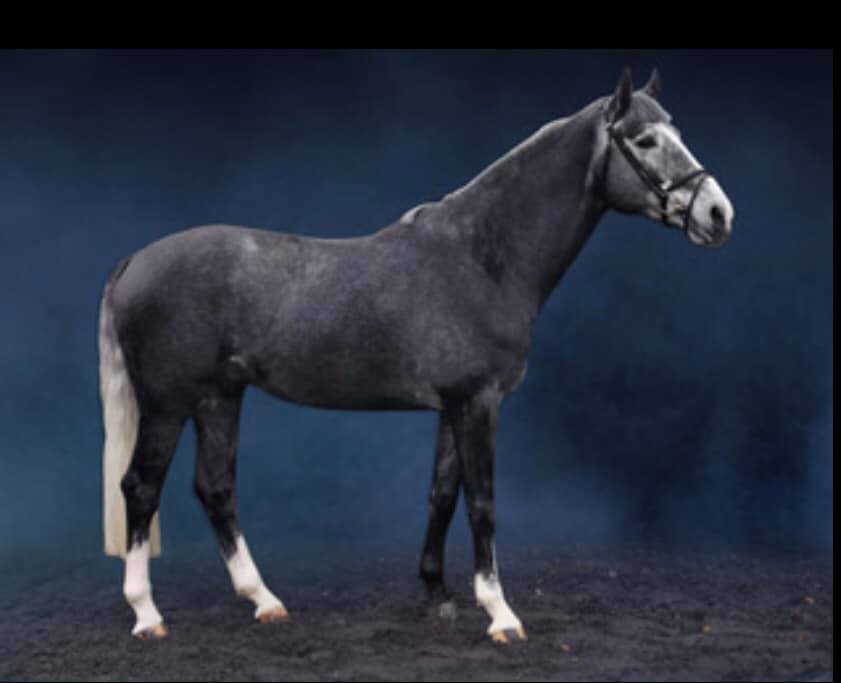 As the largest stallion station in the UK, Stallions AI have 7 first season stallions standing with them this year. The jumpers include the 5 year old CHEF OF FLANDERS FIELDS Z (Cicero Z x Indoctro) already winner of age classes last season and in partnership with Irish international Billy Twomey is set for a career in sport. A year older is KRATOS F.H (Stakkato x Concorde) who has already won age classes in the UK and Germany

Best British bred 4 year old at the Bolesworth Young Horse Championships 2020 was SS PEGASUS (Balou De Rouet x Voltaire). Pegasus’ dam Tolita is a CSI**** winner herself and her half sister Fiolita is competing at CSI**/*** level. Also owned by Al Shira’aa Farms is the Selle Francais CSI***** performer UTO KERVEC. Although he covered a little in Europe this is his first UK season. A son of Diamant de Semilly from the same prolific damline as Mylord Carthago and Triomphe De Muze. Directly he is a full or half brother to 3 other licensed stallions and the 1.60m jumper Queen Girl Kervec. 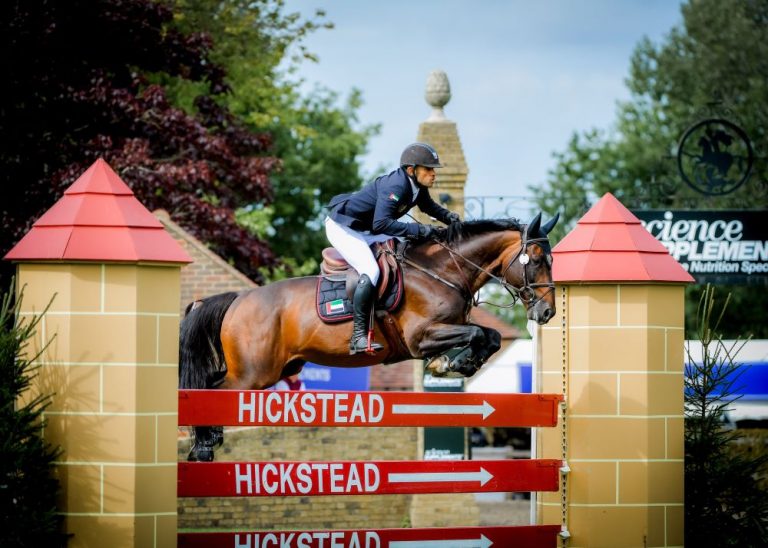 For the eventers the 17 year old USTINOV VAN ELSENHAM starts his breeding career at Stallions AI after competing to CCI***. His sire is the international show jumper Utah Van Erpekom out of a Wogenspieler (by World Cup) mare. 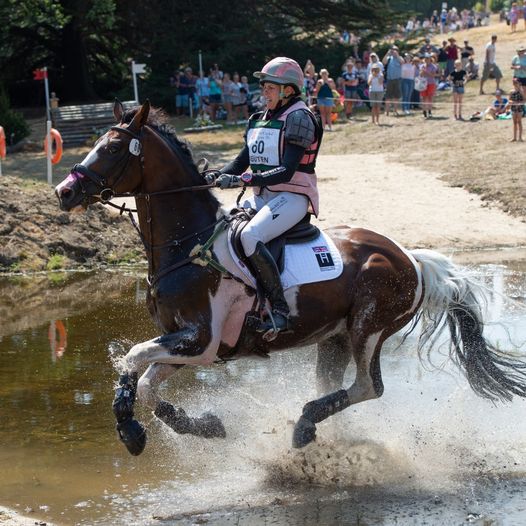 At the other end of the age scale is the 4 year old JACONDRIX who has a very interesting pedigree for eventing breeders. He is a son of the current WBFSH number 3 sire and Olympic show jumper Jaguar Mail out of a Contendro x Heraldik mare, thus combining three of the most influential event breeding sires across the generations.

The dam’s full brother has competed to CCI**** in Italy and a half brother made his debut at the same level in Canada in 2020. A pretty and athletic little horse, Jacondrik stands at Caunton Manor Stud and will start his competition career in 2021. 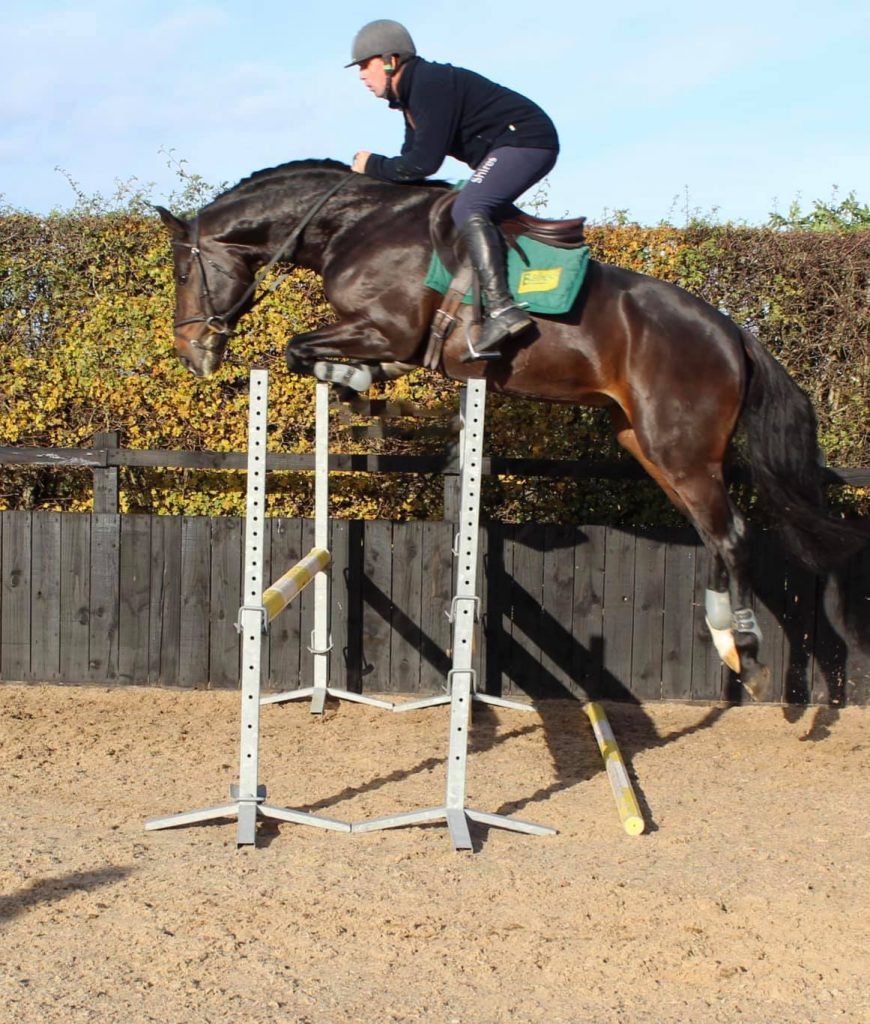 Let us know if you are thinking of breeding to any of these lovely stallions this year.