We look at some of the new stallions standing in the UK for the 2022 season.

Groomsbridge Stud are adding the 7 year old MILDENBERGER (Teofilo x Dubawi) to their roster for 2022. A Group 2 placed and multiple listed winner when trained by Mark Johnston, Mildenberger will be presented for grading to SHB(GB) this Spring and be offered to racing and sporthorse breeders. Mildenberger is a big scopey horse who raced for 5 seasons.

His sire Teofilo was a Champion 2 year old and is shaping up as a top sire of stayers (eg Subjectivist and Scope). His damsire Dubawi is one of the most important stallions at Darley and he hails from a top British motherline. His 4th dam is one of the foundation mares for Meon Valley Stud – Reprocolor. As well as producing Group 1 winners herself, her daughters and grand daughters produced the likes of champion NH sire Kayf Tara and King George & Queen Elizabeth winner Opera House. 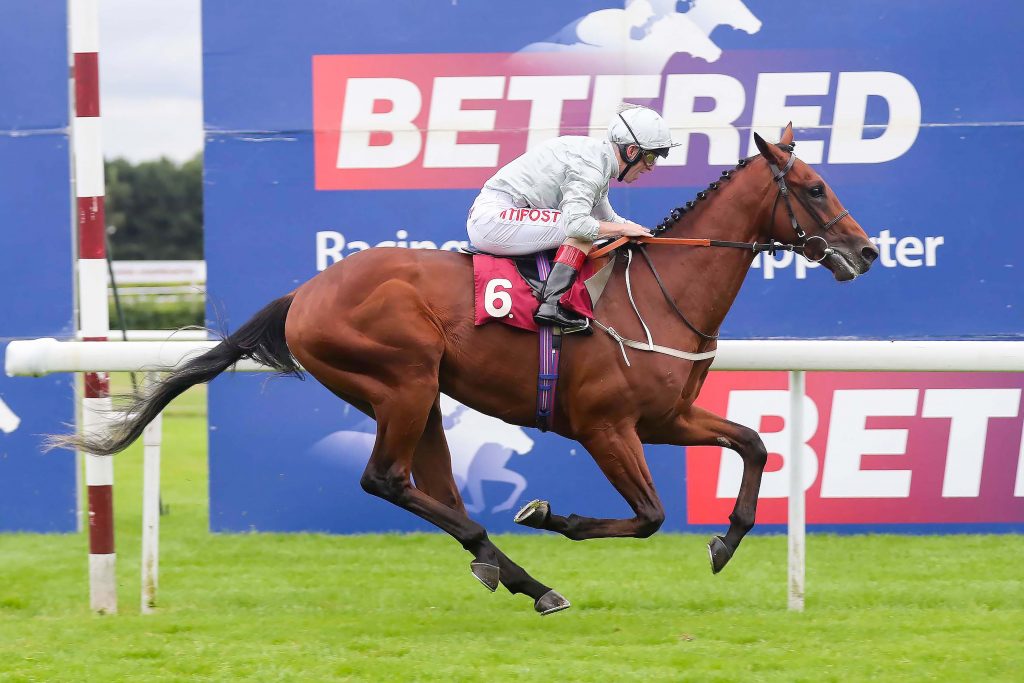 Another stallion that will be aimed at the eventing market is the 4 year old RID BELL TOWER MAJOR TOM. He passed his Class One inspection in 2021 and was the only British bred stallion to do so that year. He was lightly backed after grading and resumes his ridden career in 2022.

His sire Winmaur Sargeant Pepper is a son of Snowford Bellman and stood in both the US and UK during his breeding career. The dam Ballynamona Lady is a Class One , two time Hornby awarded mare by the prolific sire of eventers Star Kingdom. Major Tom is her first foal and was Foal Champion at the breed show. 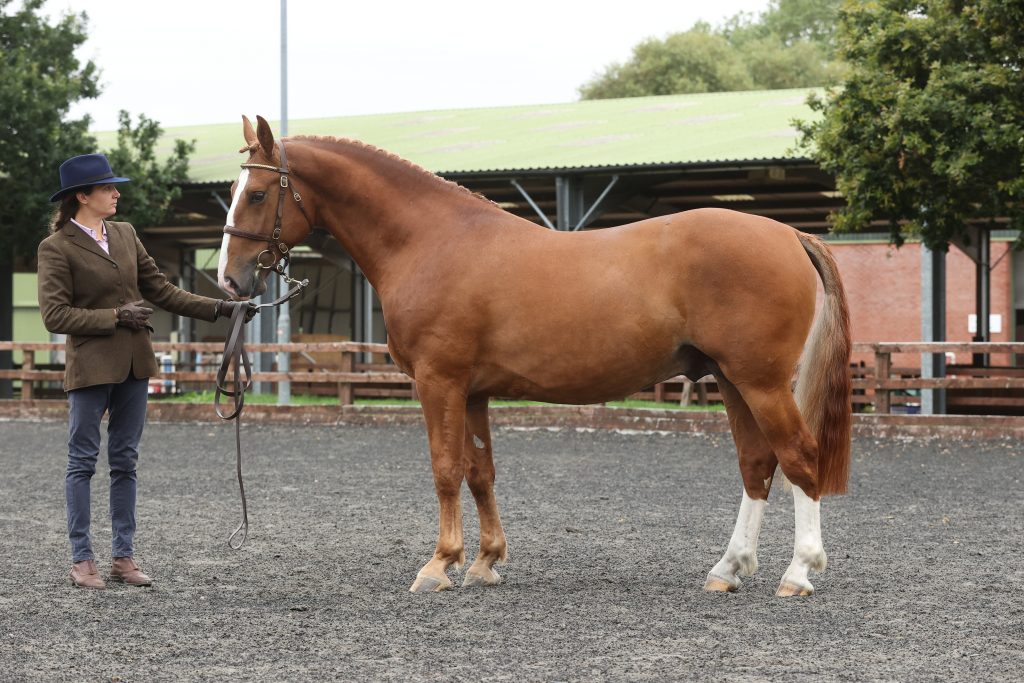 In the show jumping world, Breen Equestrian are adding to their impressive stallion roster with the homebred Breeders Elite licensed BE AQUILA (Golden Hawk x Querlybet Hero). An athletic, light footed horse, he qualified for the 5 year old finals at Hickstead and Bolesworth last year. In 2022 he is contesting young horse classes at international shows including a 3 month tour of UAE where he has already been on the winner’s rostrum and so is being offered frozen for the first half of the season.

BE Aquila’s sire Golden Hawk was a 1.60m jumper and Grand Prix winner who is also the sire of a number of 1.50m and 1.60m competitors. His sire Vigo D’Arsouilles was the 2010 World Champion. BE Aquila is half brother to the 1.60m jumper Icon D’Or and their dam jumped at 3 star level. The direct motherline has also produced 5 star and World Cup competitor Forlap. BE Aquila’s pedigree carries a double cross to the top Belgian sire Nabab De Reve, still a top ten ranked sire. 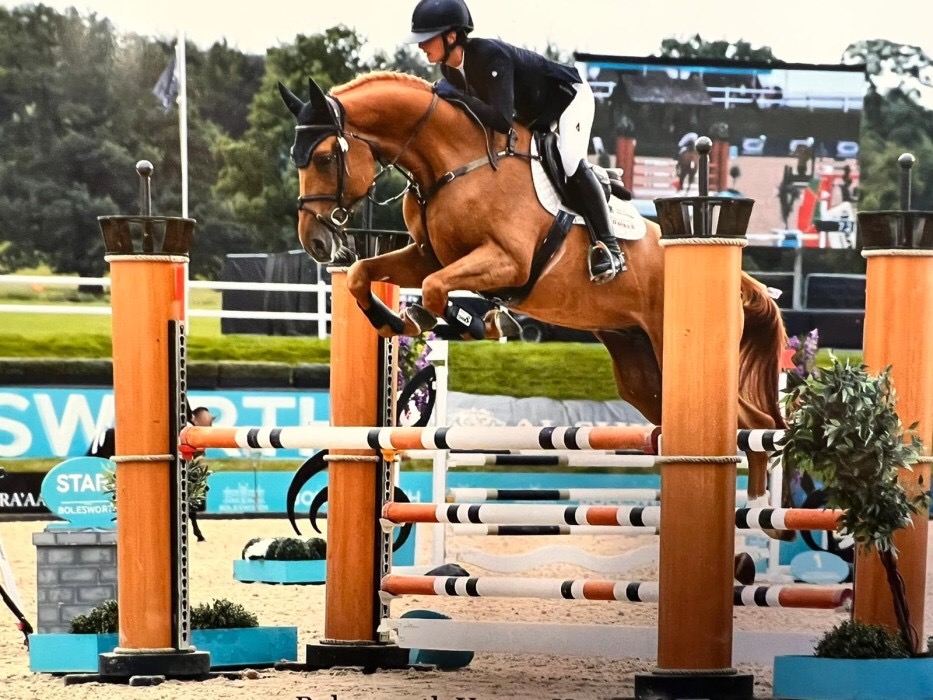 Nikki Wood is another breeder standing an interesting homebred jumping prospect publicly in 2022. SILVA HALABALOU is a 5 year old son of Balou De Rouet out of a Renkum Valentino mare and is also licensed with Breeders Elite. His dam Hussah competed at Lanaken in the World Breeding Championships as a 5 year old. Balou De Rouet is currently ranked world number 15 show jumping sire.

Silva Halabalou jumped in the 5 year old final at Hickstead in 2021. A bold and careful jumper he will contest age classes and 2nd rounds in 2022. Granddam Facility if the half sister to useful broodmare Guyenne who is the granddam of four small tour dressage competitors. 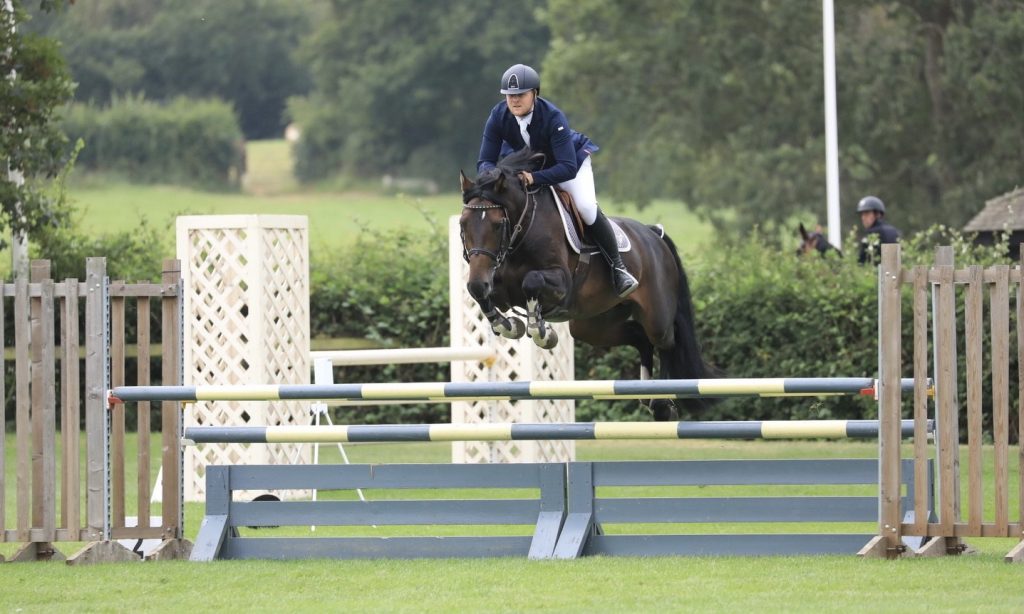 The British bred DELAROCHE LANDZ (Land Star x Caretano Z) is a 5 year old standing at stud for the first time in 2022. Standing 15.2hh he will attract both sport pony breeders and those owners with larger mares looking for a more compact stallion option. He started his BS career last year qualifying for the 4 year old final at Hickstead and will be aimed at age classes again this year. His dam has already produced a 1.45m and 1.30m jumper and the granddam jumped to 1.40m level. She stems from a very sporty French motherline with a lot of 1.50m+ jumpers.

Sire Land Star is a SPSS graded son of international Grand Prix jumper Lauriston out of a Lando (Olympic silver medallist) dam. In the next generation is Quick Star, a known source of smaller lines. 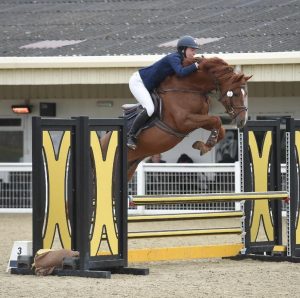 On the dressage front Paul Hayler introduces a very exciting advanced campaigner with a really traditional Hanoverian pedigree. LONSWELT is a 16 year old son of Londonderry with Weltmeyer then Donnerhall in the next generations. Trained to Grand Prix level, he won winter Regional titles at PSG and AM and also at High Profile shows. Approved by the Westfalen Verband in Germany as a youngster he is now approved AES.

Londonderry was champion of the 1997 Hanoverian licensing and 4 year old Bundeschampion and produced Grand Prix competitors right from his first crop. He is known for adding type to his offspring and is a particularly well respected broodmare sire. 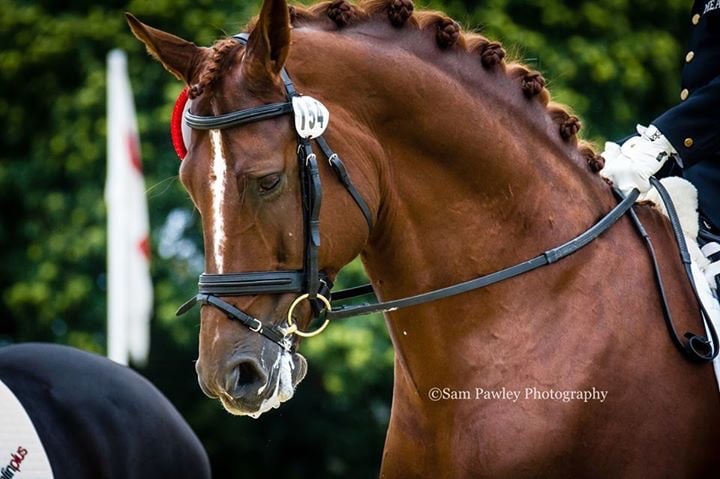 Tantoni Stud have also licensed their Sezuan son TANTONI SALAMANCA with the AES. The 7 year old is out of the Rubin Royal mare Tantoni Fortunie. This mare has already produced the BD International 5 year old champion Tantoni Dallagio and the PSG competitor Tantoni Frascati. Salamanca started his BD career last year and has yet to score less than 70% in competition. Fortunie is the half sister to Grand Prix horse Fancy That and the full sister to the Elite mare Facette Royal who has produced the Grand Prix ride Status Royal OLD.

Sezuan was the triple Young Horse World Champion and a leading sire. He is a son of the Olympic competitor Blue Hors Zack.

Milnfield Park Stud have a new son of Dream Boy to offer British breeders for his first full stud season. NOCINO is a 2018 chestnut licensed with the AES. Nocino carries all the big name sires of KWPN breeding. He has two crosses to Krack C through his sire Dream Boy – Vivaldi – Krack C and then through his damsire United. Dream Boy is out of a Ferro mare and granddam Redensie is by Jazz.

Nocino is the full brother to Premium stallion Blue Hors Monte Carlo, who was 2nd in the KWPN performance test and 3rd in the Danish Warmblood stallion test. 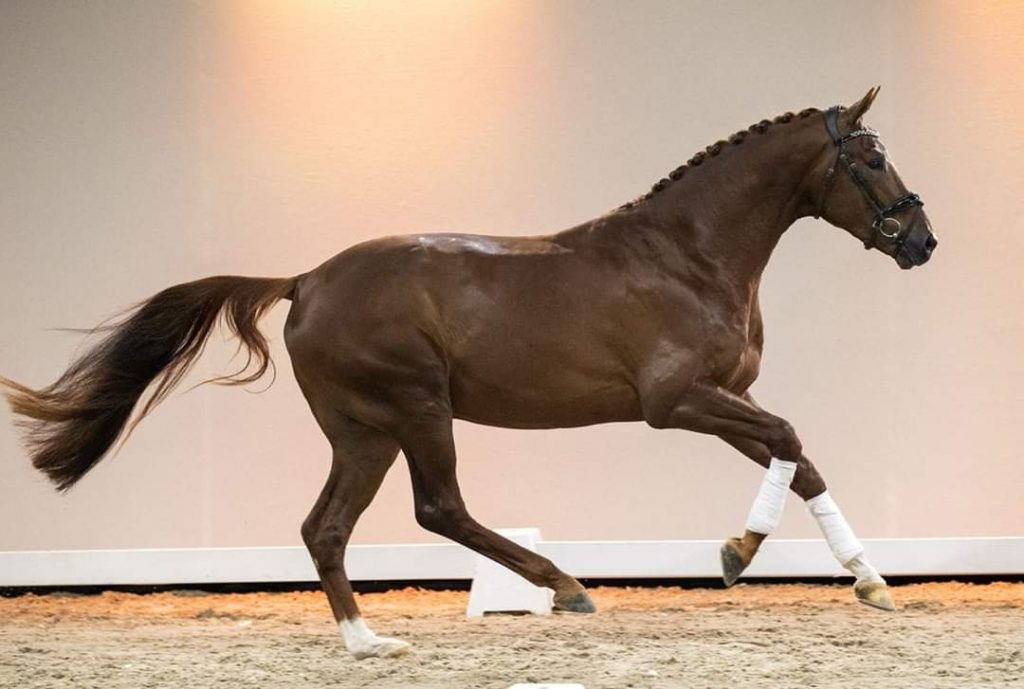