As happens at British championship events with great regularity, once again the most prolific sire at the British Dressage Winter Championships was Dimaggio. He had 14 different offspring competing in 19 National Finals.

We have touched on the success of Dimaggio many times in the past, who after taking the young horse World Championship title with owner Suzanne Lavendera, he became an incredibly important sire at her Keystone Stud in Sussex and is currently the World number 9 on the WBFSH ranking list. At this year’s championships his offspring won 2 National Titles (Headmore Davina in the PSG and Inter 1 Gold) and he sired 2 Vice Champions – Waverley Dante (Elementary Silver) and Headmore Dionysus (Elementary Gold plus Freestyle) plus was damsire of Headmore Footloose, the Novice Silver Champion. He also had another 7 top ten finishes over the course of the championships. 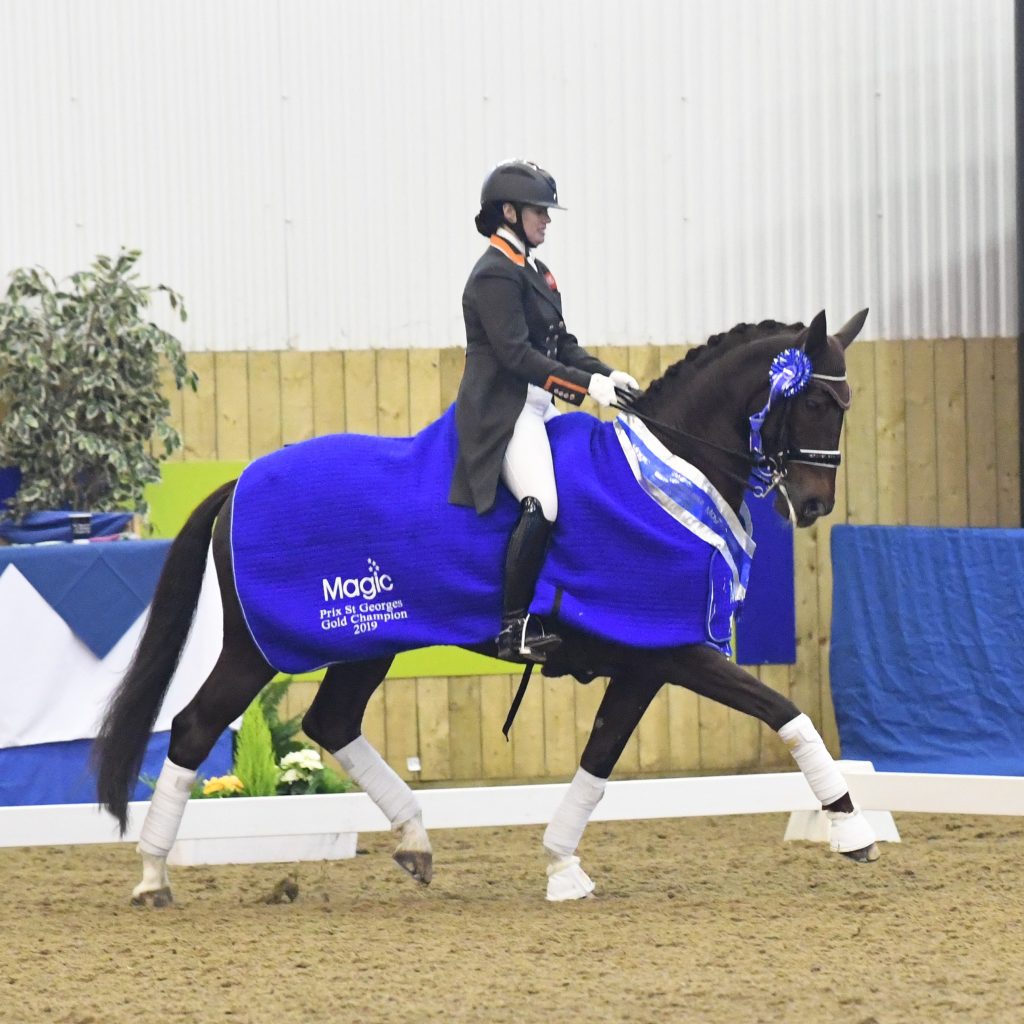 The only other stallion to have produced double digit numbers of offspring qualifying is the Dutch stallion Jazz. He had 10 offspring competing in 14 championships, including dual champion Knoxxs Figaro. Jazz was an international Grand Prix horse who remains in the WBFSH top ten since he last topped that ranking list in 2011. In third place is another British based stallion – the PAVO young horse champion Showmaker. With 8 different sons and daughters competing in 11 Finals, he produced Petplan Novice Silver Vice Champion Suhara Jubilee and Starmaker who was 3rd in the Elementary Silver Freestyle. Two more sons Showstar and Ruxton Shogun also earned to ten finishes.

The extremely popular Belissimo M comes next with 7 offspring in 13 Finals and that includes champions Bugatti II in the Petplan Medium Silver and Headmore Bella Ruby in the Elementary Gold. The Headmore Stud’s amazing run of results also propelled Florencio to a prominent position in the stallion rankings with 3 titles and 6 other offspring securing top tens. Special mention must also go to pony stallion Bernwode Brokat who had two offspring through to Hartpury who were both placed (Bernwode Golden Delicious 4th in Under 21 Elementary and De Primadiva 8th in the Petplan Elementary Bronze). 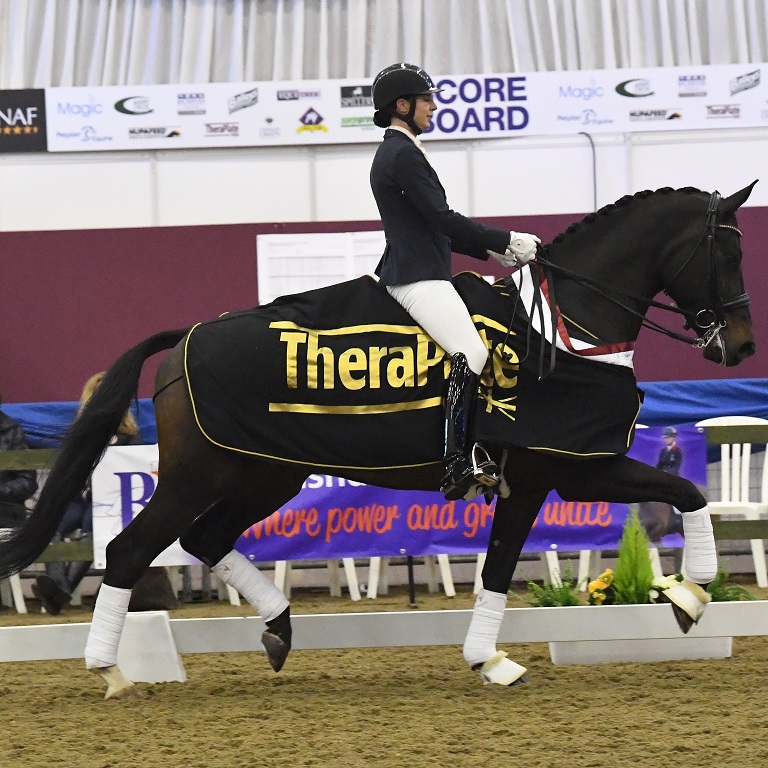 British based stallions who produced 3 of more different offspring at Hartpury are listed below:

Although some of these stallions are no longer available to breeders, many of them have stallion sons standing publicly, allowing breeders to utilise these proven bloodlines. Some are still actively covering or have frozen semen available. As proven producers of Championship qualified offspring these stallions make interesting consideration for the upcoming breeding season.