2015 Bay KWPN 16.2hhA young stallion recently licensed by the AES is the British bred Lord Leatherdale son King Leatherdale SHS.  He demonstrates excellent balance and has three big paces, and it is hoped with his top Dutch bloodlines, he will pass on these traits to his offspring. 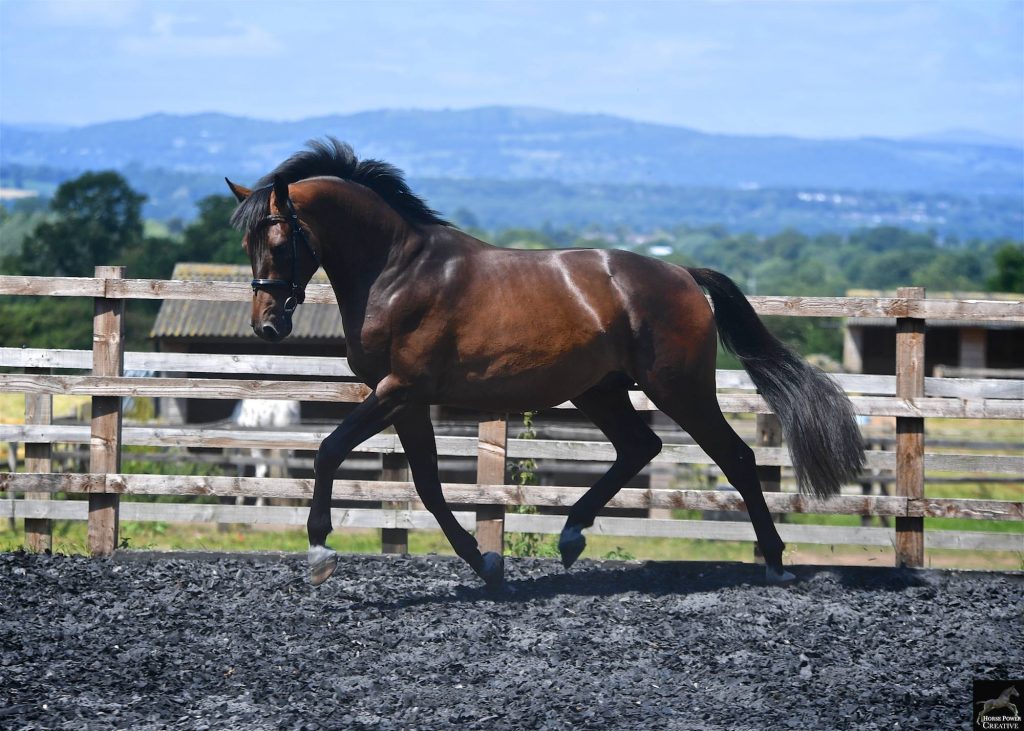 King Leatherdale SHS will start his career in sport in 2019. 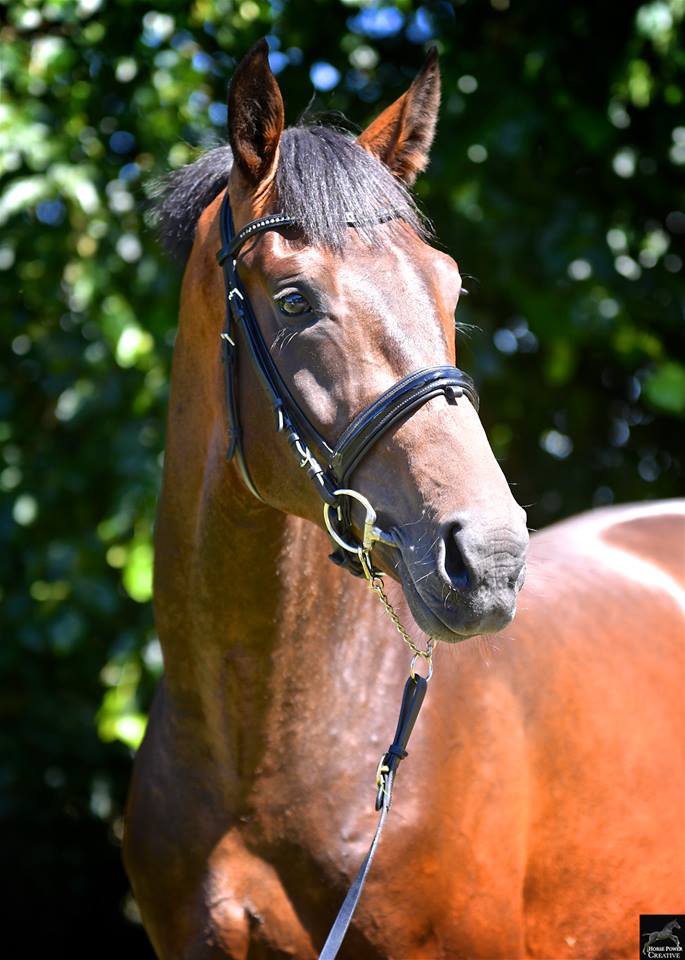 King Leatherdale SHS is expecting his first crop of foals in 2019.

King Leatherdale’s sire is the Westfalen bred and approved Lord Leatherdale – a stallion that has made a big impact on Dutch breeding.  Lord Leatherdale is known to pass on a good front leg and shoulder freedom, and is competing international small tour. He has proved to nick exceptionally well with daughters of Negro, with that cross producing licensed stallions such as Chippendale, Everdale and the World Young Horse Champion Glamourdale. Glamourdale was also the Champion of his KWPN licensing. 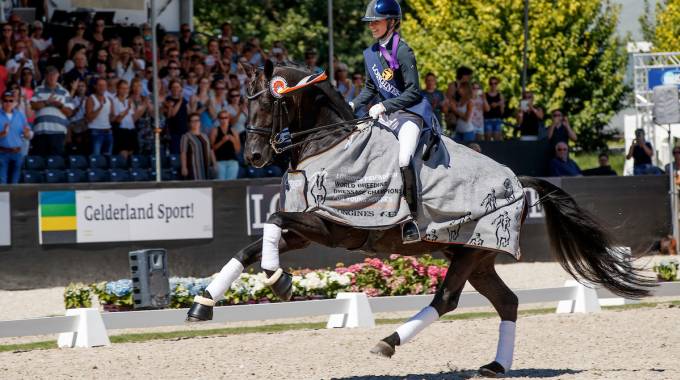 Elite dam Wiegro completed her IBOP (ridden performance test) with scores of 8 for her walk, trot and canter and was also successful in competition so has received the sport (dres) predicate. She has competed up to Z2 level in Holland.

Wiegro has also produced another full brother in J B Leatherdale who was just a few points off an Elite score at the Futurity and was also the top dressage foal and overall best dressage horse on the day at his KWPN inspection in 2014 and her Sir Donnerhall colt foal was also awarded a Futurity Higher First. 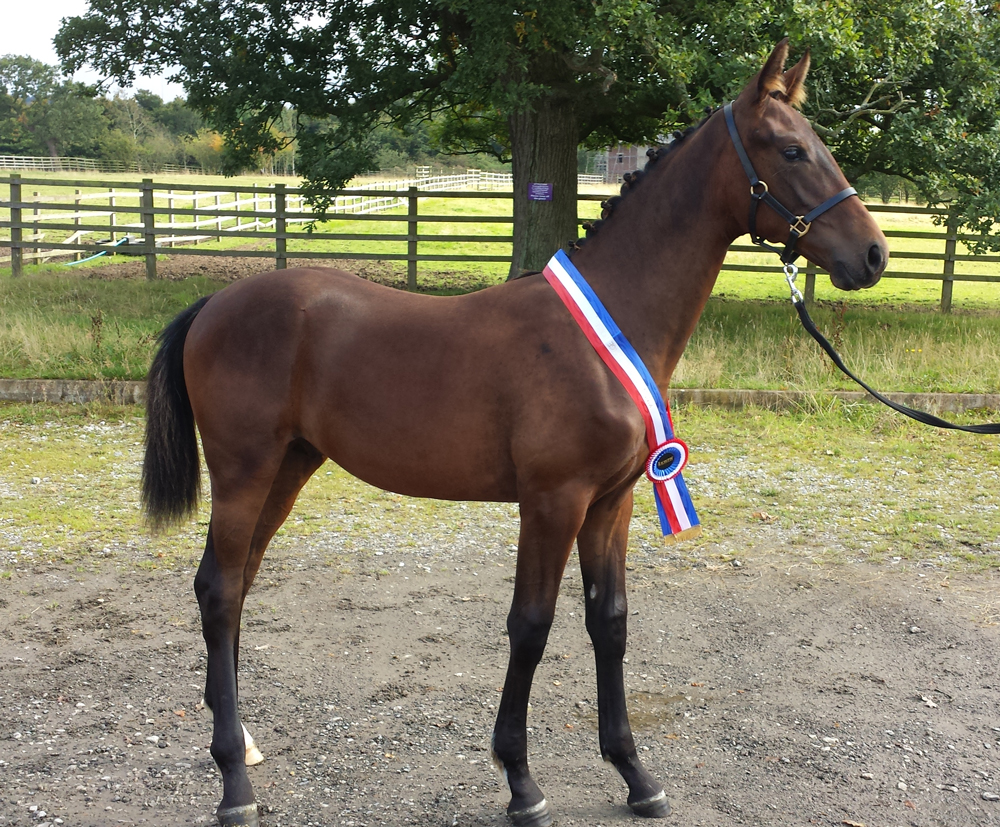 The dam line has also produced the international show jumper Omara and the AES licensed Didiman.

Wiegro is by Negro, the 2017 KWPN Stallion of the Year and most famously the sire of Olympic superstar Valegro. Negro has more than 20 other offspring at Grand Prix who have inherited his innate talent for collection. Negro is a son of super sire Ferro, who has produced an incredible sire line including the likes of Zack, Zonik, Rousseau, Ampere and Uthopia. 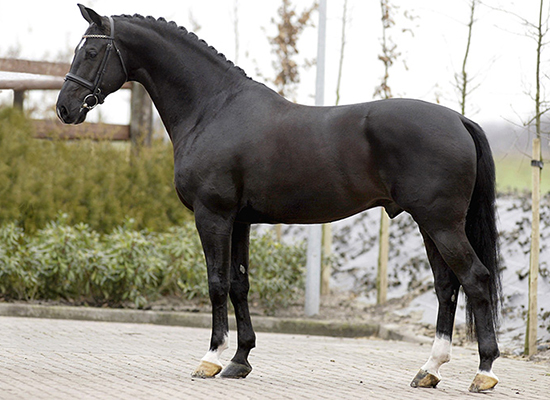 In the next generation is jumping blood through Sadenio, who combines two stallions fundamental in Paul Schockemohle’s breeding programme – Sandro and Gepard.