British bred talent was very much to the fore at the 2018 Hartpury Festival of Dressage. The highlight of the young horse classes on Saturday was the £1000 to the winner, Elite Stallions sponsored, Young Horse PSG.

This class is restricted to 7 to 9 year olds , who qualified earlier in the week for the Saturday night Gala Evening and proved to be a super shop window for talented young British horses. Dominating the class with a 77.59% winning score was Charlotte Dujardin on her own and Sarah Tyler-Evan’s homebred River Rise Nisa. This 7 year old daughter of super sire Negro has been in a rich vein of form this season and Charlotte is already talking about her as a future Olympic mount. Interestingly Nisa’s dam sire is a little known stallion called Amsterdam, who is a son of the great Argentinus, probably best known in the UK as sire of the legendary Arko with more Holstein jumping blood further back.  Amsterdam himself was the sire of Canadian Olympic dressage horse Pop Art and was a good dressage talent despite his more jumping orientated pedigree.

Runner up was Alice Oppenheimer on her homebred Headmore Davina, a daughter of the most successful dressage sire to stand in the UK – Dimaggio out of the Oppenheimer’s outstanding broodmare Rubinsteena (Rubinstein). 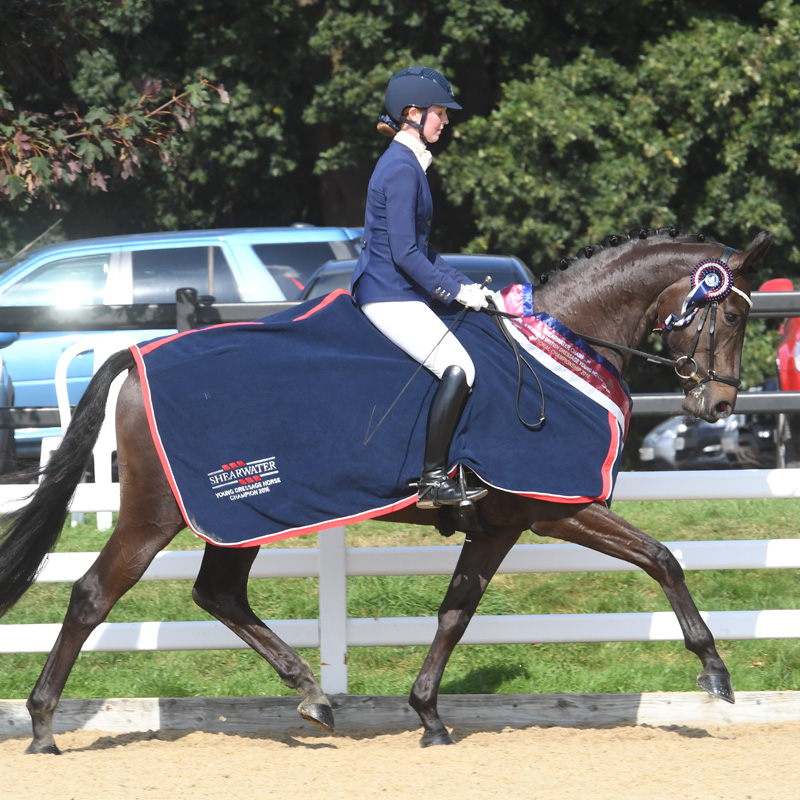 Runner up to Charlotte in the 6 year olds was Sara Gallop on the Furstenball x Rubin-Royal daughter BKS Fantastia bred by Oxfordshire based Blackington Farm Stud and now owned by Georgina West.

What was disappointing was that many of the breeding details of the young horses were missing or incorrect, and is quite frankly unacceptable in this era of communication and technology. 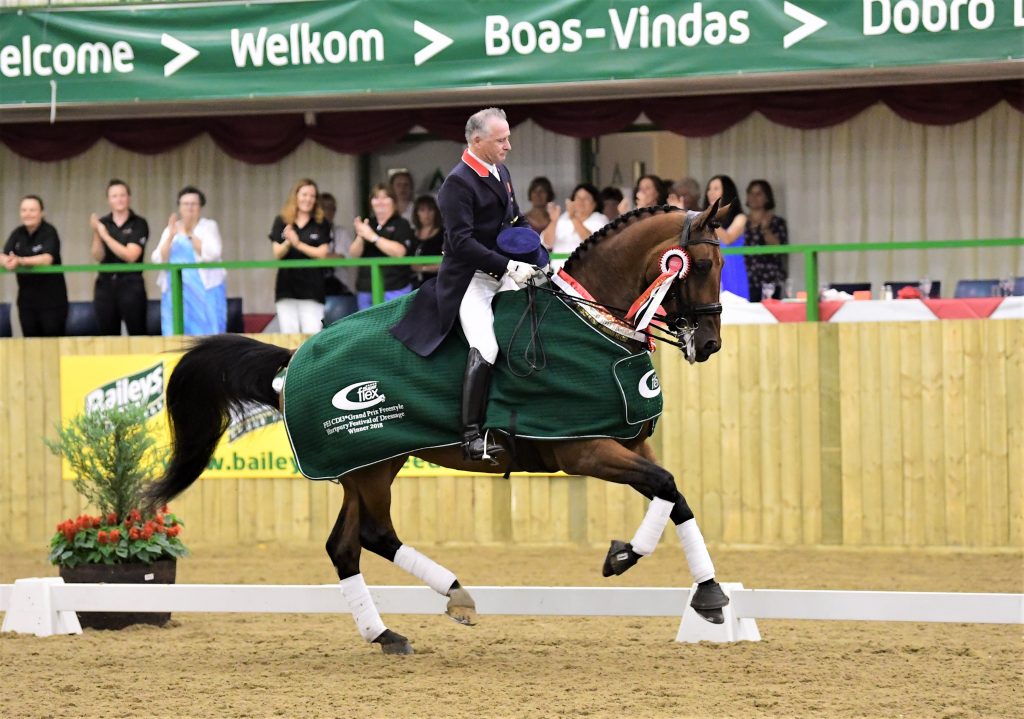 Dimaggio blood was also to the fore in the other International classes when Nicola Buchanan rode his son Half Moon Dark Magic into first place despite her unfavourable first draw. Dark Magic is the full brother to Half Moon Dynasty, ridden to International success by Micheal Eilberg.