Flammengold is a 22yo black Hessen stallion standing at Witcham House Farm Stud in Cambridgeshire. He is still part owned by German breeder Volker Brodhecker and has shuttled back and forwards to cover in Germany in recent years, in light of the success of his German bred foal crops.

Still actively competing himself at Intermediare I level, he comes from an incredibly strong damline and is also a proven producer of both foals and serious performance horses. He was the South German Dressage Champion of 2000.

Standing 16.3hh he is loved for his great nature and charm. He passes his easy going nature onto his foals and most consistently passes on a really strong canter. His foals can be registered Hanoverian. 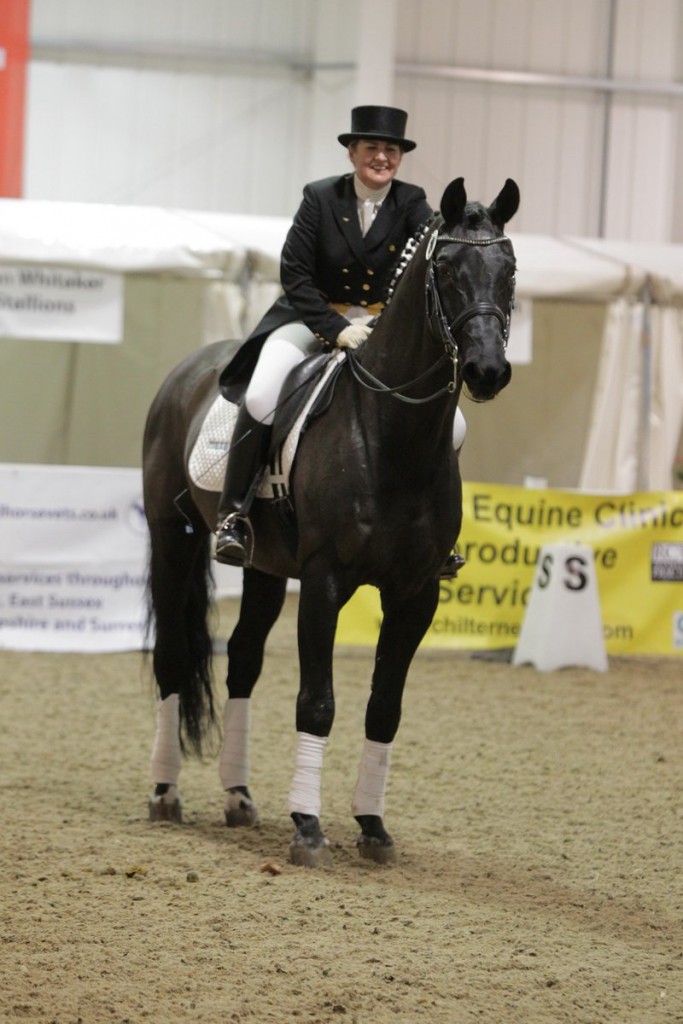 Not many breeders fully appreciate the importance of a strong damline. Flammengold’s pedigree is certainly an example of one. He is the full brother to Freestyle who was a very popular stallion in the US. Freestyle was the winner of his performance test, and competed up to PSG. He has produced Grand Prix horses such as Twinkel (x Hamlet) – taken to GP by Hubertus Schmidt.

Her half sister Parodie is the grand dam of the British based show jumping stallion Cornetto King. He competed internationally by John Whitaker he now stands at Meadow Stud.

The dam line has also produced: Grand Prix horse Languedoc who competes for Sweden, who has won the GP and Kur at Oslo CDI3*; the Nations Cup performer for Switzerland Chase Manhatten; the 1.45 CSI jumpers Agrippa and Andiamo, and a number of licensed stallions including Pazifik who in turn sired 3 licensed sons; and the young licensed stallion KK Segantini who is based with Helen Langehanenberg.

Finally the dam line also produced a lot of State Premium and Verband Premium mares. Flammengold’s dam Paloma and her siblings won multiple  awards at breed shows in Hessen and in their performance tests. 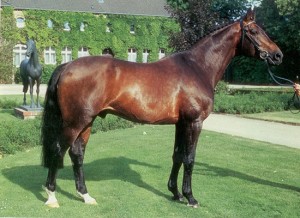 His sire Florestan is one of the most important stallions in sport horse breeding. Over 90 sons were licensed for breeding who have gone on to produce countless famous grandsons and great grandsons. Names such as Fidermark, Furst Heinrich, Florencio, Artemis and Floriano have all made their mark in ensuring Florestan’s legacy.

A few key offspring of Flammengold include: 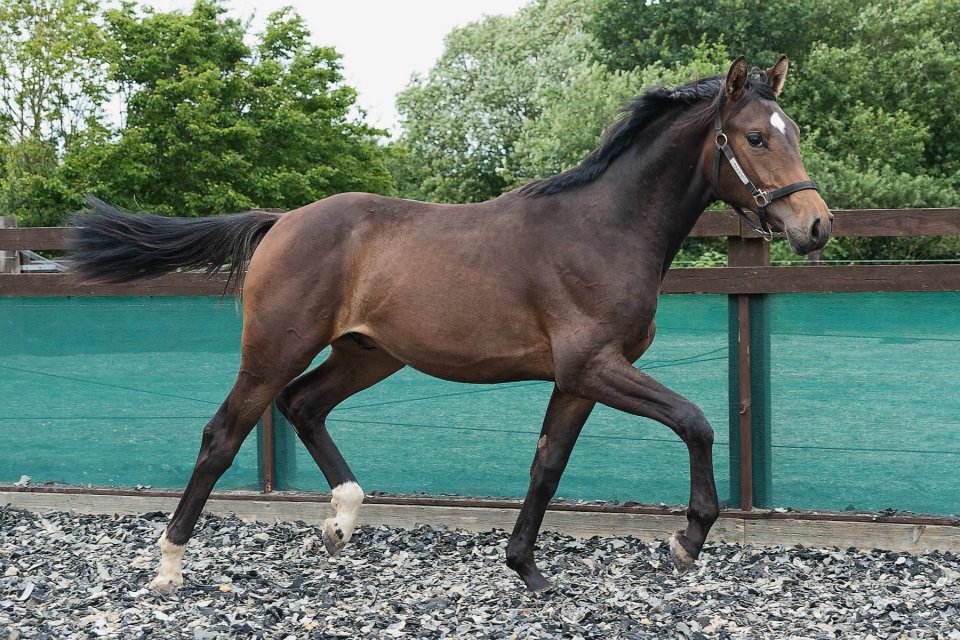 A further 32 offspring have won Higher First Premiums at the BEF Futurity.