This year’s Land Rover Burghley Horse Trials was one of the most dramatic and challenging in recent years. There were thrills and spills but importantly for the sport every horse and rider got up and walked away. As a breeder, of course I am most fascinated by the pedigree make up behind the horses that excelled at the pinnacle of modern three day eventing.

From a British breeding point of view it was disappointing to not have any representatives from the home stud books in the top ten, where the Irish Sport Horse was dominant. But as ever our home breeders can continue to evolve their own breeding programmes but examining what is working on the world stage. Seven of the top ten, including the first, second and third were all bred in Ireland. Sweden and Germany (Oldenburg Studbook) had a representative each as did the Anglo Arab studbook through the American bred Vermiculus.

It is unusual in the modern to have a blood horse (and Anglo Arabs would be considered to be blood) competitive across all three phases of a five star three day event, and those that are, are almost always Thoroughbreds. The Thoroughbreds tend to come to the fore in the cross country phase where their stamina and speed are vital, but repeatedly we see Thoroughbred crossed onto show jumping blood producing the winners of these events. The Anglo Arab Vermiculus ridden by American Lauren Kieffer had secured a top ten finish at Lexington in the Spring and were 5th there in 2018. At Burghley they secured their best ever dressage score of 26.7 and incurred no jumping penalties. Vermiculus’s Arabian sire Serazim is the sire of endurance and racing winners, and his dam is by the very good National Hunt stallion Be My Native. Lauren previously evented Vermiculus’ full brother Snooze Alarm to four star (now five star) level. 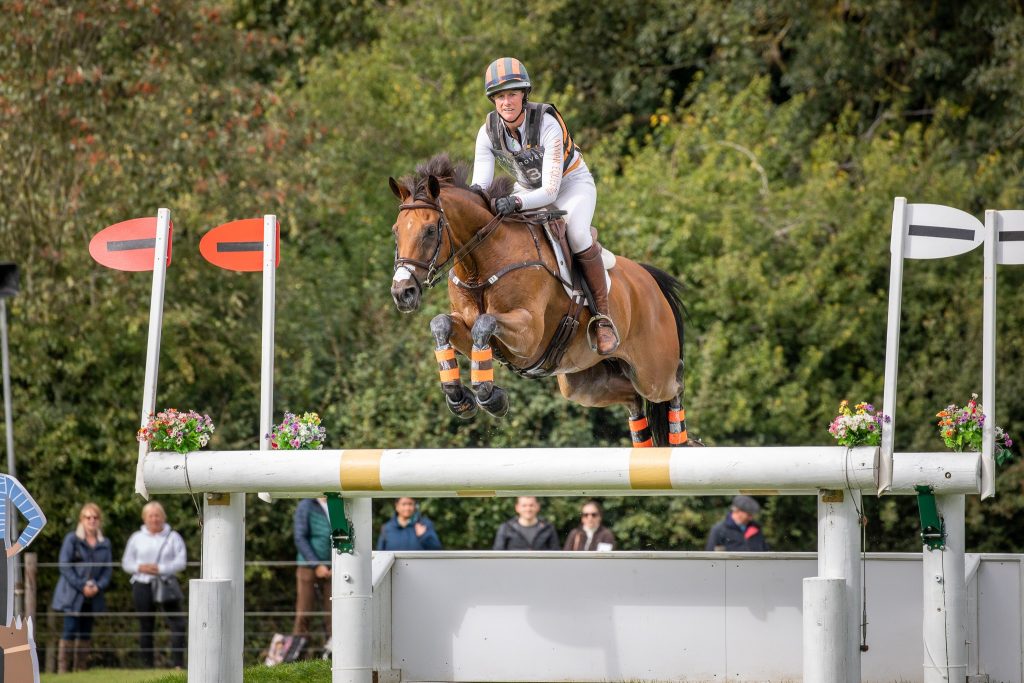 Pippa Funnel’s victory on the eleven year old MGH Grafton Street was an emotional one for both Pippa and her legions of fans and supporters. It was the horses debut at five star level but he already had good results this year at Brightling Park CCI*** (2nd), Hartpury CCI**** (3rd) and Barbury Castle CCI**** (5th). Sadly his damline is unrecorded but believed to be Thoroughbred. His sire is the Oldenburg bred Nations Cup show jumper OBOS Quality, who stood in Ireland throughout his breeding career. He is the sire of some very talented international show jumpers such as Castlefield Eclipse (European Team Bronze Medal and top 20 London Olympics), MHS Washington (winner on GCT with Laura Renwick) and eventers such as Class Affair who also started at Burghley this year and recent CCI*** winner Brookfield Quality. OBOS Quality is a son of the fabulous show jumper Quick Star, probably best known now as the sire of dual Olympic gold medallist Big Star. 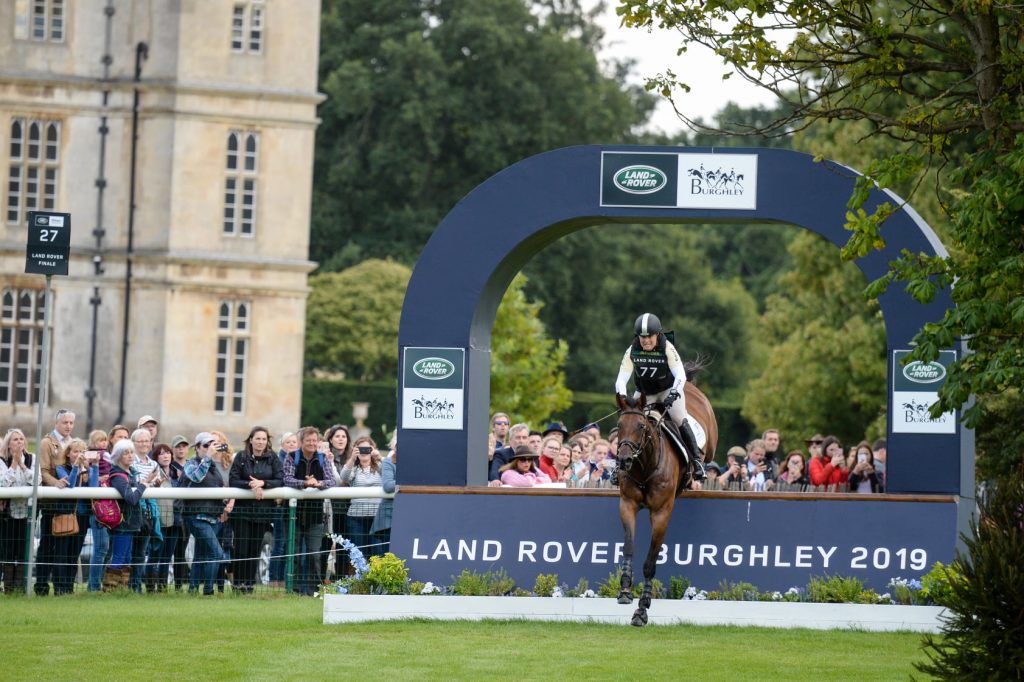 Runner up Vanir Kamir was bred in Co Monaghan by Kathryn Jackson and is owned by Trevor Dickens. The Badminton champion missed out on a second 5 star victory by the smallest of margins and was the only horse clear inside the time. Although her dam Fair Caledonian comes from an unrecorded damline, she is already proving to be a decent producer. Besides Vanir Kamira she is also the granddam of Creevagh Silver de Haar, a three quarter brother to the Badminton champion who has twice won the CCI** (now 3 star) at Ballindenisk , and Fernhill Fine Diamond (by Jacomar) who is a CCI*** competitor in the States. Vanir Kamir’s sire Camiro de Haar Z carries Holstein blood with his grandsire being Contender (currently world number 9 in the eventing WBFSH rankings with his son Contendro being number 1). 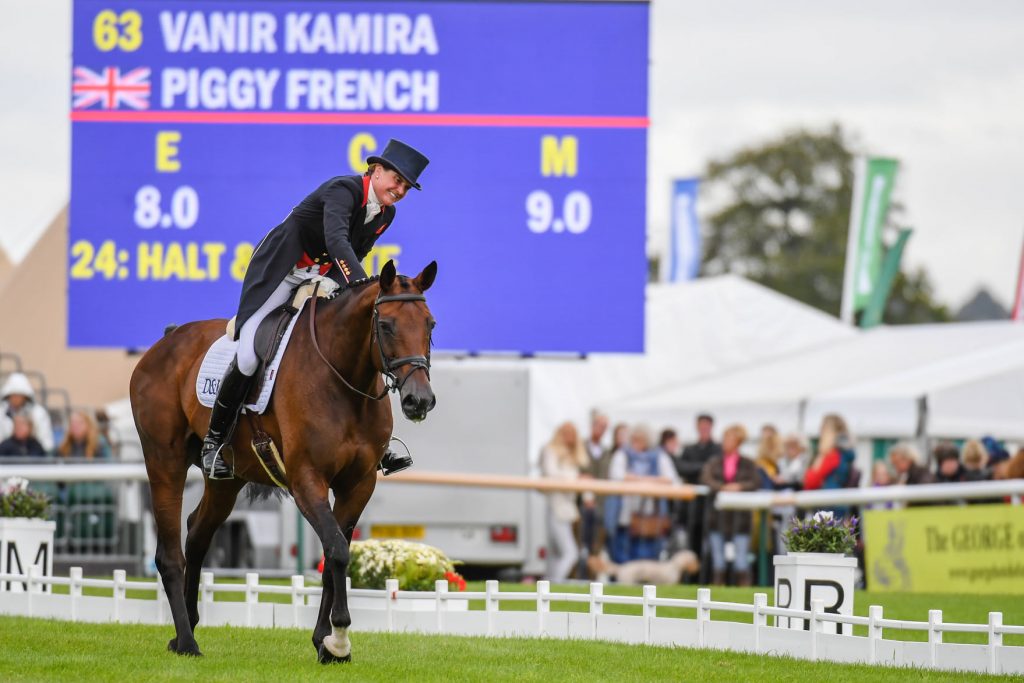 In third, yet another Irish Sport Horse, the lovely grey Ballaghmor Class who was bred by Noel Hickey in Co Limerick. Oliver Townend has an incredible 5 star record on this son of Courage, another Holstein stallion who made a huge impact on Irish breeding. The damline is sadly unrecorded. Courage is by the great Capitol I, the sire of Cassini I & II, Carthago and Cento.

In fourth place is our first German bred entry, the Oldenburg Reve Du Rouet, another very consistent performer. He also carries a double cross to the great Contender. The direct sire line is that of the incredible Alme, through international show jumpers Galoubet, then Baloubet Du Rouet and finally the current World number 9 sire Balou Du Rouet. The dam Onassis Queen also descends directly from the Alme sire line and her dam was a daughter of Contender.

The next 3 in the final results table are once again Irish Sport Horses. 5th placed Bango, who was such an impressive pathfinder around Burghley’s tough cross country course, is by Garrison Royal, a son of the very influential Holstein Cavalier Royale crossed onto a more traditionally bred mare. Bango’s dam is by the Thoroughbred Don Tristan with a traditional Irish Draught x Thoroughbred motherline. Bango’s half brother Tricolore has competed to CIC*** level in the past.

6th placed Ivar Gooden stormed round the cross country with Imogen Murray to rise from 60th after dressage. He is one of only two horses in the Burghley top ten to not carry any warmblood in his pedigree (the other being the previously mentioned Vermiculus). Ivar Gooden’s sire Young Convinced descends from the Crepello sire line and his dam traces back to the famous Irish Draught King of Diamonds. Ivar Gooden’s half brother Vivs Diamond is a 1.50m international show jumper and his half sister has produced two CIC horses.

In 7th place was a determined Gemma Tattersall and Santiago Bay who like Reve Du Rouet carries Alme blood. In this case she has three crosses to the great sire. Santiago Bay’s sire Ars Vivendi was a Grand Prix jumper himself and has a good number of offspring successful in the same sport. The dam sire Aldatus Z is another international jumper. In 10th is the final Irish bred – Leamore Master Plan, a son of Master Imp out of a Cavalier Royale mare.

Sweden have their sole representative in the 8th placed Stinger, who would have ended up 4th were it not for 2 fences down in the show jumping. His pedigree follows the by now familiar combination of a show jumping sire onto a mare carrying Thoroughbred blood. The sire is Spender S, a son of Silbersee who was an incredibly successful jumper at the highest level and half Thoroughbred himself. Stinger’s dam is a Thoroughbred by the miler Waajib, and she also produced the mare Fialotta who was 7th at Osberton in the CCI** last year. 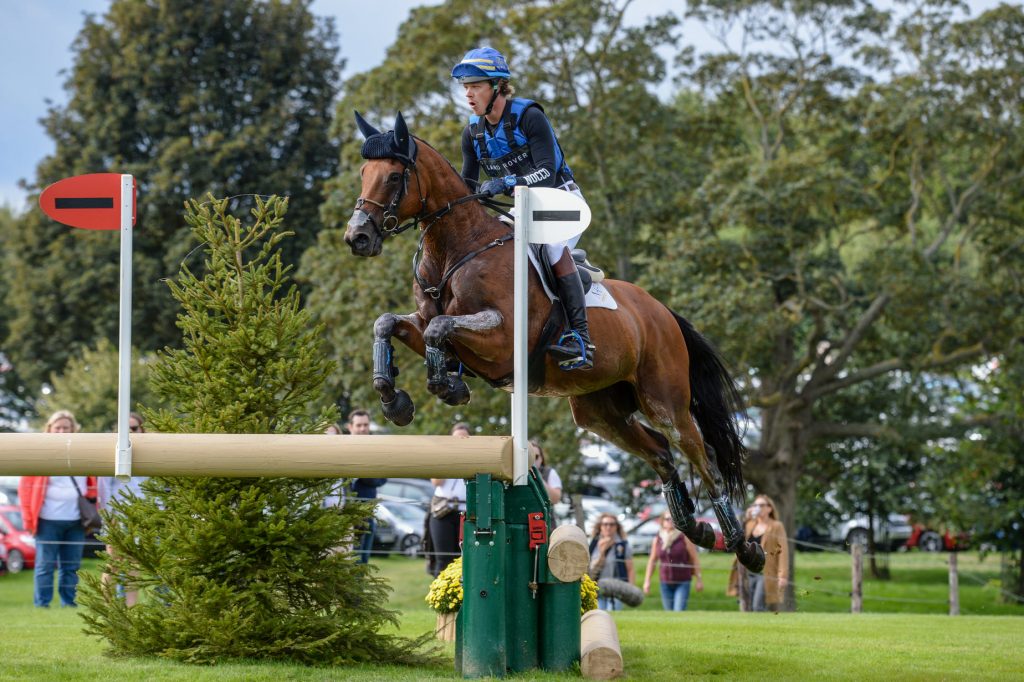 So round this toughest of tracks we see predominately jumping stallions crossed onto mares carrying a decent amount of blood, producing offspring capable of coping with a true five star test. There are always some exceptions but this formula does seem to be a winning one.