The British Stallion Event, held at Bury Farm on Saturday 7th January 2017, was split into sections for each of the Olympic disciplines. The first stallions forward were in the eventing section, covered in a previous article. These were followed by the SHOW JUMPERS.

Show jumping breeding in the UK has been on a high in recent years. Some of the best international horses in the world such as Diva II (Ben Maher), Ursula (Scott Brash), Argento (John Whitaker) and Bintang II (Laura Renwick) have all been bred here. However there is not yet a feeling in this country that we really can breed horses as good as anywhere else in the world.

There were 20 stallions forward in this section, with a mixture of young stallions at the start of their careers to international superstars of the highest order. British breeders who don’t wish to import semen from the continent, certainly have plenty of choice of both type and bloodlines.

What a privilege it was to see a truly great horse at this event. Arko had few peers in sport, and is proving a very good sire with the likes of Argento and Aristio winning at 4 and 5 star level. He was shown under saddle and loved every minute of it looking fit and well, especially enjoying the audience’s applause. In the stable he was equally wonderful with a lovely attitude.

Details on his pedigree can be found in this article HERE 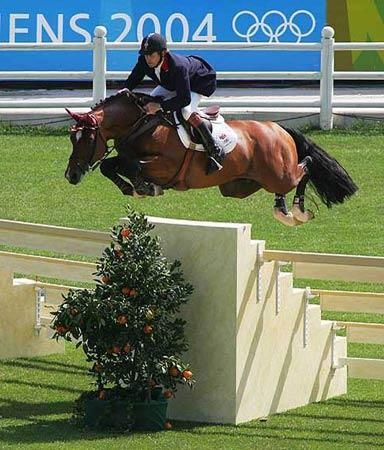 This stallion is represented by Elite Stallions who had arranged for him to come over from Belgium. Sadly he had already left by the time I got to the stable area to view him. He was presented in hand but had competed successfully as a young horse. He is the sire of Tim Stockdale’s talented Eramus vd Heffinck.

Cartier carries some of the most famous sires in Holstein breeding, and the damline has produced a number of international jumpers.

This little stallion showed a lot of scope and really good bascule and it is no surprise that he is the current National 4 year old champion and had a lot of success in young horse classes in 2016.

His sire Emerald jumped on the Dutch team at the Rio Olympics and was 2nd in the 2016 World Cup Final. Escape Z is a half brother to the stallion Untouchable (sire of Untouched) and the damline has produced other good stallions and sporthorses such as N’Oubliez Jamais. 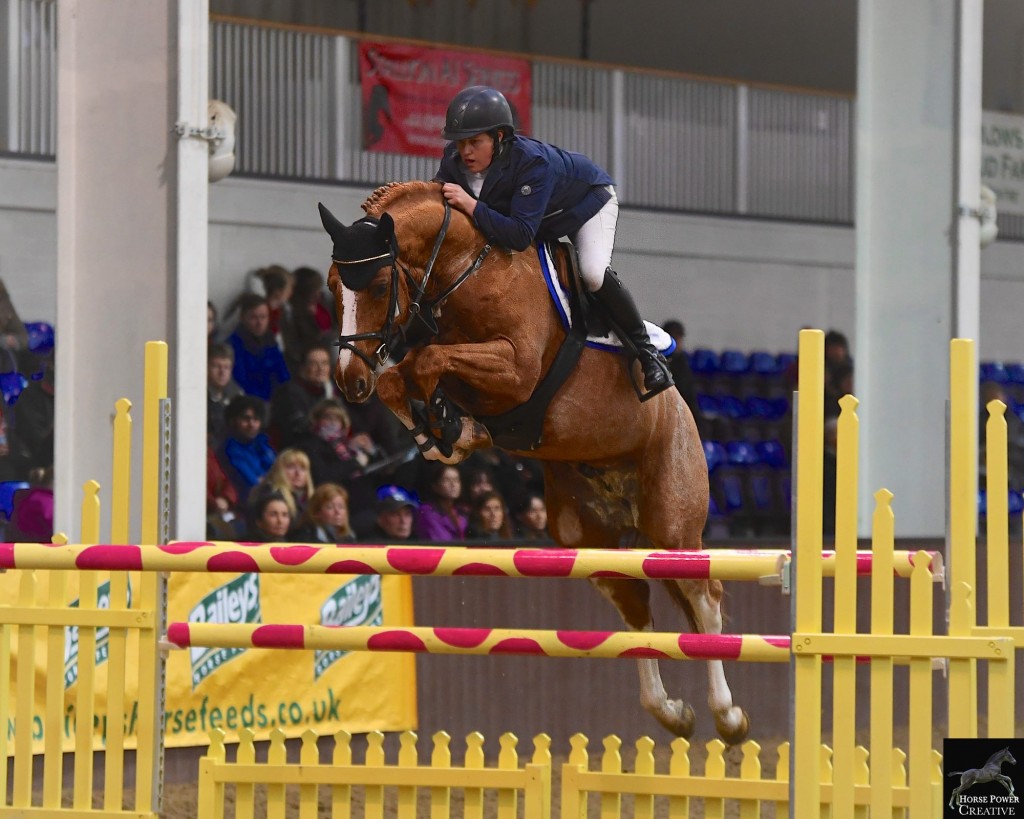 This is a well made balanced horse with a good rectangular frame, which means you don’t notice that he is in fact 175cms tall. He jumped nicely enough without showing huge scope. He has already sired an Elite foal at the BEF Futurity.

His sire Numero Uno has been awarded the Preferent predicate by the KWPN based on the achievements of his offspring in sport. His dam is a Keur mare by Royal Bravour who jumped on the World Cup circuit.

This loudly marked chestnut sabino is British bred and scored highly at the BEF Futurity Evaluations before progressing to compete successfully in age classes.

His sire Zambesi competed to 1.45m level and is the product of combining two international competitors. Grand dam Nolinda was awarded an Elite Sport predicate.

This horse really improved under saddle, showing a very cadenced and expressive trot for a jumper and carrying himself in good balance. He does have long pasterns and a slightly low set on neck but had a wonderful temperament in the stable.

His sire Larduc was a beautiful German performanced tested Trakehner by the influential sire Marduc. The dam sire Graf Quidam also stands at the same stud as KL Mac (Kington Langley) and is a Grade A show jumper by the Olympic sire Quidam De Revel.

Elite Stallions had arranged for this young horse to come over from Belgium for the event. He gave a very confident display for a 4 year old, and is a nice medium sized athletic type.

His sire Kannan is one of the leading show jumping stallions in the world and the immediate damline has produced a good number of international jumpers including Coral Reef Viavolo. The damsire Clinton was an Olympic show jumper in his own right and is famously the sire of Cornet Obolensky out of a Heartbreaker mare.

2014 Black Zangersheide by Calido I – Chin Chin – Capitol I

This rising 4 year old was very sweet natured in the stable, with a most lovely head. He was a very nice type and moved with good athleticism in all his paces. I would use him on a clean limbed mare.

The sire Calido is a top producer of sport horses and stallion sons, including Coupe De Couer and Cashmoaker. Damsire Chin Chin was a top international performer, competing at 2 Olympic Games, and great damsire Capitol is a legend of Holstein breeding, siring the likes of Carthago and Cento.

NPS Campagne Z comes from a very prolific motherline that has produced many stallions including Acobat I-III, Burggraaf and Acord I-III, and a good number of 1.50m and 1.60m jumpers.

New Priory Stud were big supporters of the event both this year and last, and they opened the show jumping section with this homebred son of Plot Blue, who ranked a World Cup Final among his many victories with Marcus Ehning. This young horse contains a very interesting sire line for the UK. There seems to be little information available on his damline.

Flintoff Blue is fairly stamped by his sire in his head, and is of medium size. He could have left the ground with more power but showed his amenable temperament in both the stable and under saddle.

This young Breeders Elite graded stallion I liked last year who has now started to grow into his tall frame and strengthen up. He has a nice technique in front and the canter showed clear rhythm and activity.

His sire Casall is the current flag bearer for the Holstein Verband. Not only has he consistently been one of the best horses in the world in recent years, but he has produced numerous licensing winners and mare champions. His older stock are now proving to be very successful in the higher levels of the sport and this can only be set to continue. One of Casall’s premium graded sons Casallco is very closely related to Supernova, as Casallco’s dam is his half sister. Cascallco won his performance test scoring very highly and stands at the famous Schockemohle stallion station. Supernova’s dam Marli is also a full sister to the licensed stallion Chippendale and a daughter of leading international sire Carthago.

This is a neat little horse who sadly I missed seeing under saddle.

His sire Zacharov stands at Nijhof and is a son of the great Clinton. Up until 2103 he was jumping internationally for both the Netherlands and Estonia, including at 5 star level. His first crop has started jumping 1.30m FEI tracks. Although the dam’s pedigree contains some stellar names such as Lucky Boy and Carthago, the damline itself has not produced any international performers of note. 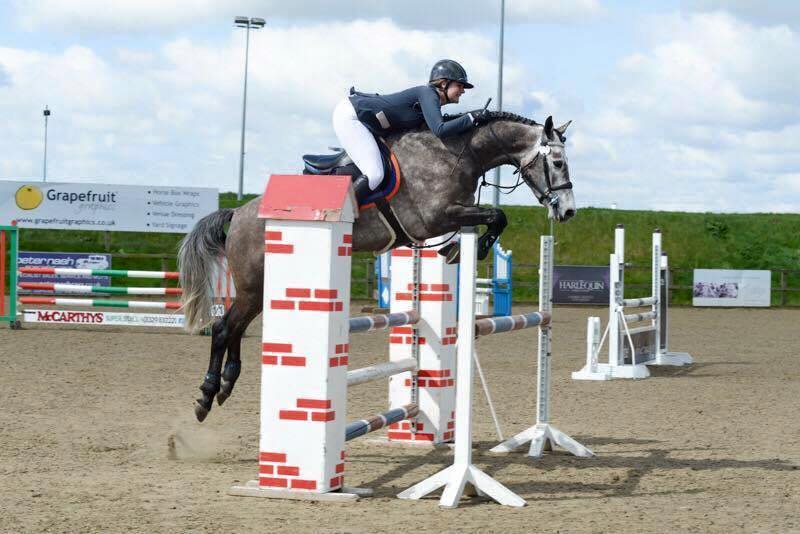 This handsome little stallion was well shown over a decent sized fence, and showed his carefulness and ridability. He was a Bundeschampionate finalist and was competed successfully by an amateur up to 1.40m level in Germany. He is approved with numerous studbooks, including Hanoverian, Oldenburg and Westfalen and has already has produced a licensed son, and good young horses in both eventing and show jumping.

His sire Silvio I produced a number of good small tour dressage horses but is best known as a sire of show jumpers, including the international superstar Shutterfly, who is Sir Shutterfly’s full brother. Their dam Famm was Hanoverian Mare of the Year in 2007 and has produced other international horses such as Let’s Fly and Remedi D. The newly licensed Hanoverian premium stallion Prinz Shutterfly (Perigueux x Graf Top) is another exciting prospect from this direct motherline. The damsire Forrest brings valuable Thoroughbred blood to the equation, and Sir Shutterfly clearly demonstrates the blood influence of his pedigree. 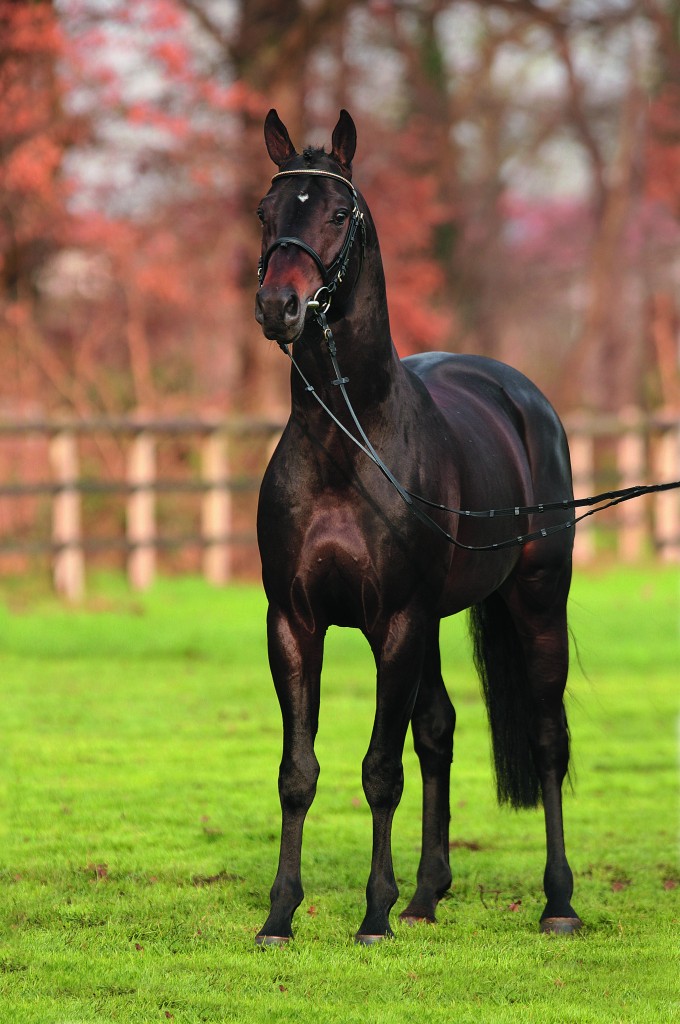 One of the world’s leading eventing sires has been a stalwart at British stallion shows in recent years. This year he was shown in the show jumping section, a nod to his versatility. At 23 years of age he was obviously shown in hand, and looked really well and enjoying himself. Ramiro B stamps his stock into medium sized, attractive types and nearly always bay, with a good natural technique over a fence. They are clearly proving to have the bravery and temperament for the top levels of the sport too.

His sire Calvani is a son of the wonderful Caretino known to produce good looking ridable offspring. His dam produced two other licensed sons and is the granddam of a number of 1.60m jumpers including Eregast Van’t Kiezelhof who is jumping successfully in World Cup qualifiers on the North American circuit.

This amateur ridden and produced chestnut has real power and scope combined with a very easy temperament. He would suit a mare that needed more power off the ground. He is currently competing at 1.40m level with success and was graded with the Oldenburg Verband in Germany.

His sire Stakkato is one of the leading lights of the Hanoverian studbook and has produced countless stallion sons and top jumpers (Satisfaction FRH, Stolzenberg). The dam sire Ahorn Z was hugely influential at Zangersheide. The dam Aralmea has produced a full sister to Stafford that is also jumping at 1.40m level and there are a number of useful sport horses hailing from the motherline. 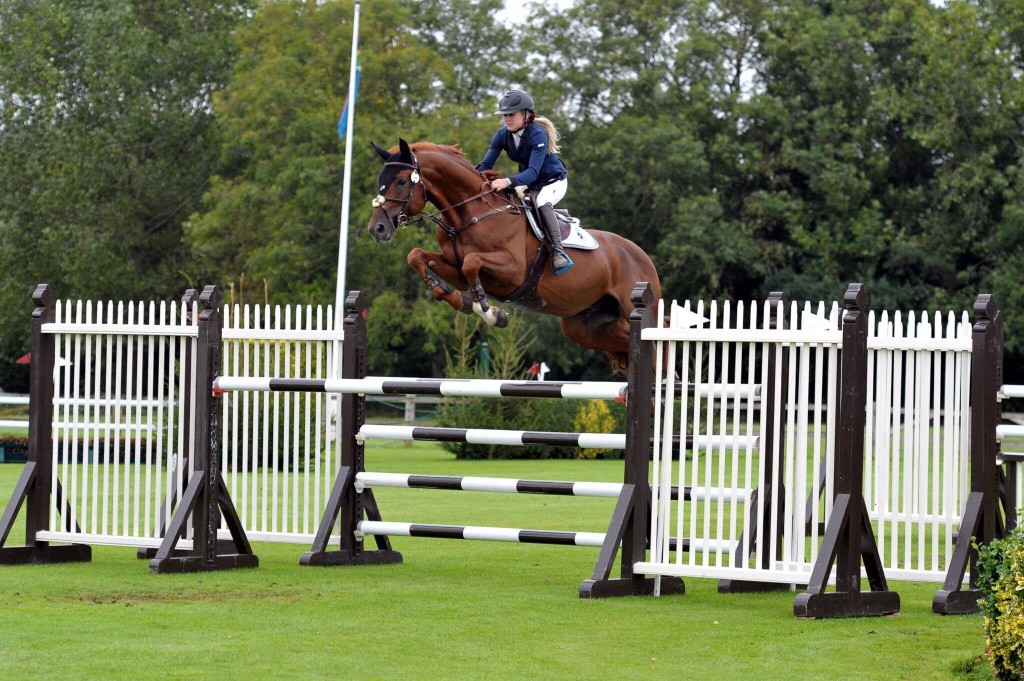 Only a 4 year old, this son of the very good competitor Untouched, is a good size and although green was very honest. Untouched jumped on the Global Champions Tour with both Ben Maher and Nick Skelton and has produced a number of licensed shows. 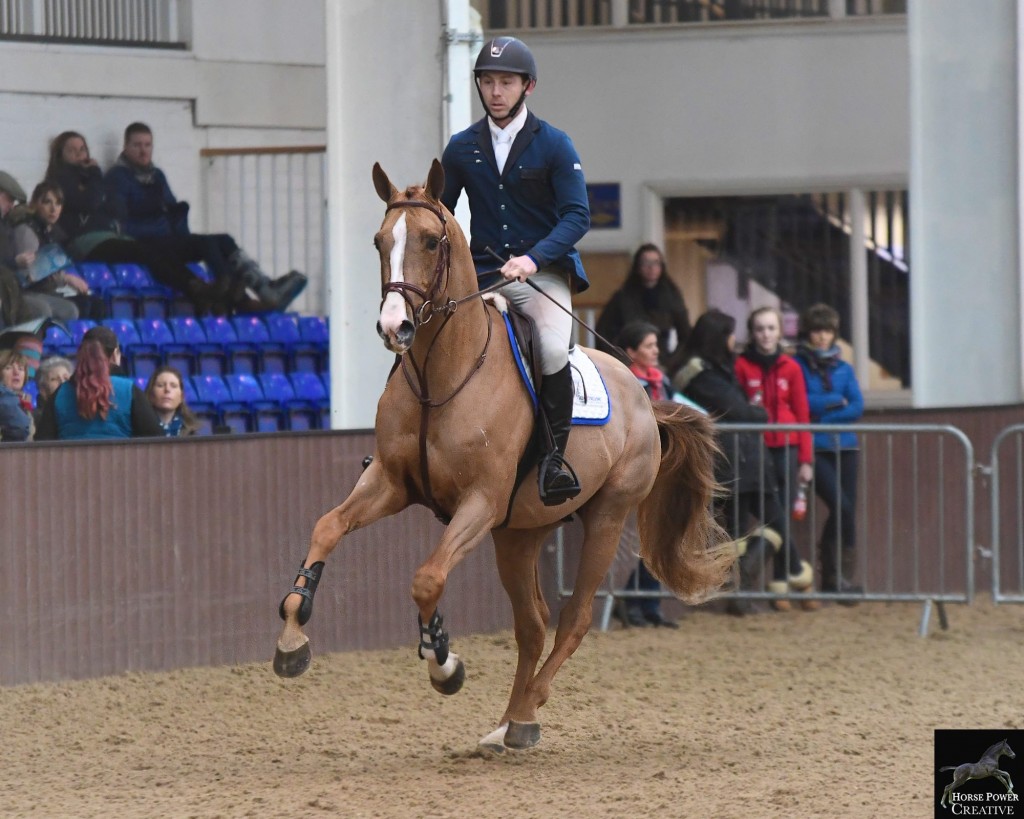