The British Stallion Event, was held for the second time at Bury Farm on Saturday 7th January 2017. There were individual sections for each of the Olympic disciplines and this year another section was added for dual purpose stallions. The first section to come forward was EVENTING.

There were only 9 stallions forward in this category, which was one more than last year but still disappointing given that the UK should be a powerhouse of eventing breeding.

3 entries in this section will be reviewed in the Pony stallion article, leaving 6 to cover here.

This was one stallion I would really like to have seen over a fence but for the second year running he was only presented on the flat. A compact and modern stamp, with a very pretty head, he was very professionally presented. Owned and competed by Emily Llewellyn, he won a CIC* at Firle Place in 2015 and won 3 events on 2016, and competed at the Young Horse Championships at Lion D’Angers. It will be very interesting to watch how this young horse progresses up the levels in a sphere that is notoriously hard for stallions to reach International level in.

For me the most complete of the eventing stallions was the young Future Gravitas. A very good looking and athletic young horse, he jumped a decent sized fence and the crowd loved him jumping the banners held up by the team from Future Sport Horses. He qualified for the BE Young Horse Championships as a 5yo and was winning at BE100 level in 2016.

His sire Grafenstolz hails from one of the best Trakehner families. He qualified for the Bundeschampionate in all 3 disciplines and was the 6 year old Eventing World Champion at Lion D’Angers. In 2016 he was named the Trakehner Stallion of the Year based on his offspring’s credentials. Future Gravitas’s dam produced Olympic Silver Medallist Windsome Adante and a number of BEF Futurity Elite foals. 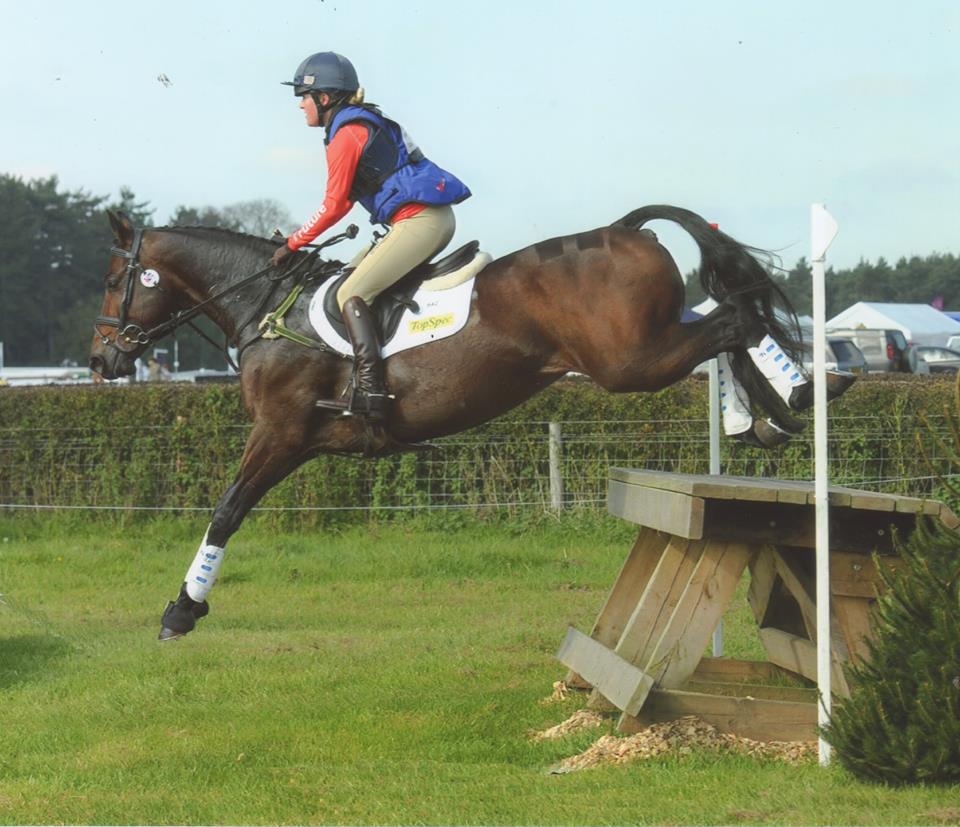 British breeders are very lucky to have this Olympic show jumper and leading eventing sire, presented to them at this event. Now 20 years old he clearly enjoyed himself in the arena, and looked supple and in good condition. Quite long framed, you would avoid using him on a mare with similar conformation but he is known to pass on a lot of scope and ability, resulting in his current 4th place in the WBFSH rankings for eventing stallions. His offspring include the 2015 European champion FischerTakinou.

This black son of Junior European Silver Medallist Fleetwater Opposition has not had a competition career himself due to a field accident as a young horse. He was presented on the flat only. He has a strong frame and a good length of rein. None of the eventing stallions have the big paces and cadence of the pure dressage stallions, and as such can be a little over shadowed in a stallion event such as this. The jumping blood in his pedigree was evident in the good active hind leg he displayed in canter.

Opposition Bombshell’s dam is a daughter of Dutch Courage, who won an individual Bronze medal at the 1978 World Championships, and for many years was the only medal winning British dressage horse. The dam herself, Dutch Bombshell, competed up to Medium BD and then become a vaulting team horse. 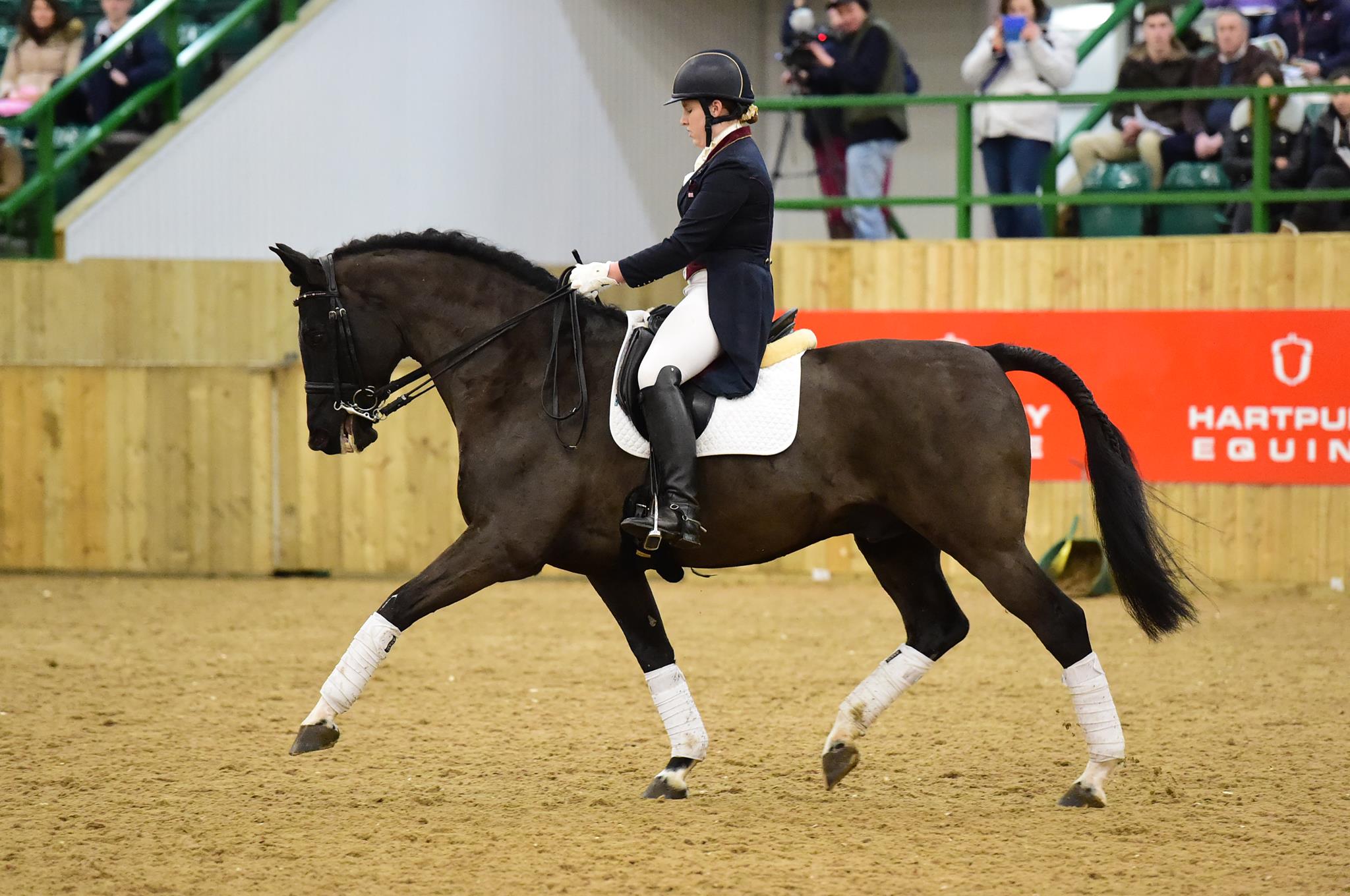 This fairly compact, Thoroughbred influenced stallion has qualified for the BE Young Horse Championships as both a 4 and 5 year old, and is now competing at Novice.

His sire Springfield Symphony was the top scoring eventer at the 2007 BEF Futurity evaluations as a 3yo and competed up to BE100. The grand sire Kings Composer has sired advanced eventers, Grade A show jumpers and county show hunters. Springs Spirit’s dam is the KWPN ster mare Pobedy, a daughter of the Selle Francais Grand Prix show jumping stallion Calvados.

A multiple champion in hand over the last few years, this SHB graded stallion is now being produced by Catherston Stud for a career in sport. Still carrying a little show condition compared to some of the eventing fit horses, he was understandably a little green over his fences. However he showed a very nice technique behind with a good release. The trot was also very ground covering from the shoulder but not yet matched with the expression in the hind leg.

His sire Dolphin Supreme is not only a top showing sire himself, but is a son of the famous show hack stallion Ottergayle, a son of the legendary National Hunt stallion Lord Gayle. This show ring dominated sire line is complimented by more Thoroughbred blood through dam sire The Outlaw and Hanoverian blood further back in the pedigree from Grand Prix stallion Demonstrator and Louella Stud foundation sire Gandolpho. 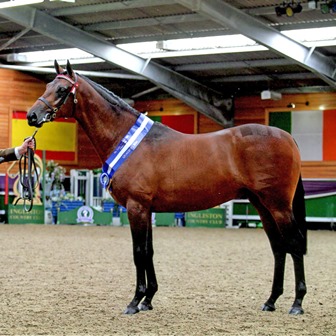