The second section of the British Breeding Stallion Event was the show jumpers, always an interesting section  given the interest many British show jumpers have in breeding their own future stars.

Brendon Stud always support this event and this year brought xxxx stallions to Arena UK, ranging in age from 5 to 24. Their senior stallion Caretino Glory (Cheenook x Glorieux) looks sound and as full of life as ever, bounding over a couple of smaller fences. A light footed, good moving athletic type, it is easy to see why he is a useful sire of eventers as well as show jumpers. His best known offspring include the talented CSI5* winner Sussex Caretino and CCI5* eventer Liberty and Glory. A stallion I think is underused.

The 9 year old Envoy Merelsnest Z is a son of the international 1.50m jumper Elvis ter Putte (by the great Diamant de Semilly) and is the 3/4 brother to one of the best Grand Prix and Championship horses of recent years, Don VHP Z, who was produced at Brendon. He is competing at 1.40m level, He is a good looking stallion and carries those interesting genetics but doesnt have as much jump as his famous brother. 5 year old Regal Caretino (Caretino Glory x Sebastian III) is the half brother to the very talented Regal Don, now jumping internationally with Shane Breen. Regal Caretino jumped at the three main young horse shows last year without touching a pole. A tall elegant horse similar in stamp to his sire, he looks to be very ridable. 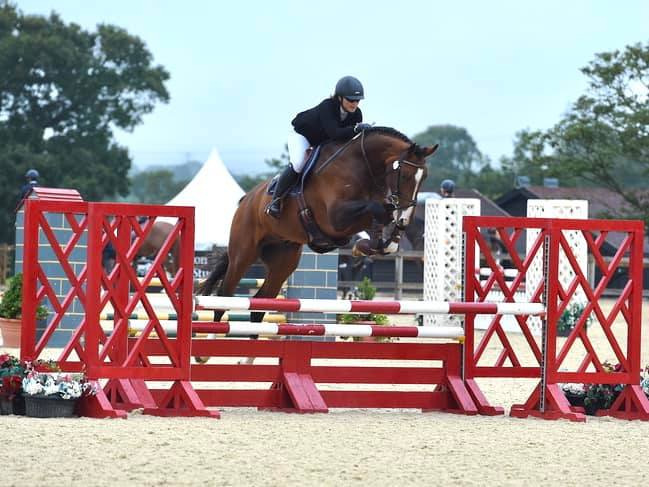 Caron Nichol’s European Sport Horses sent two stallions, the elder being the AES stallion Fantaland.   His BS record shows he has been acting as a school master over smaller tracks but is now retired and was only shown on the flat. Previously having jumped to 1.50m level including placings in the Talent Seekers final at HOYS and winning at CSI** level. He is the sire of a number of good competitors including the licensed stallion and 1.60m horse Vistogrand. I preferred the 5 year old Chrysler Key SR (Comme Il Faut x Calido I), a very supple modern type with an exuberant jump. His beautifully bred sire Comme Il Faut has been one of the very best championship horses of recent years and is now developing into a top sire. Chrysler Key is half brother to the Oldenburg licensed and Bundeschampinate finalist Cafe de Paris.

Caunton Manor Stud have invested in some very interesting stallions and their 9 year old Comfort (Christian x Last Liberty) has been one of the most popular. Olympian Oli Townend has recently taken on the ride and showed this good looking modern stallion very convincingly. Comfort has a balanced rhythmic canter and jumps with a lovely technique, and always in a calm relaxed manner. 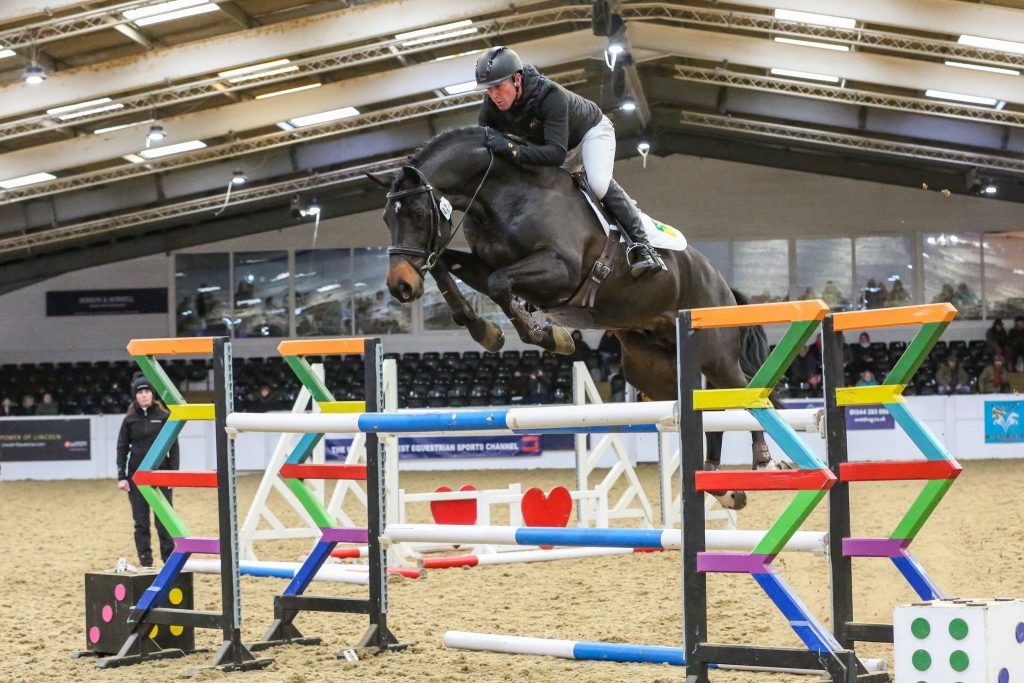 Another stud with an impressive book of stallions for 2022 are Breen Equestrian. They brought their 5 star Grand Prix & Nations Cup contender Golden Hawk (Vigo D’Arsouilles x Chin Chin). This stable star has already produced a lot of 1.60-1.45m offspring. Golden Hawk has a really big rangy canter and is a very interesting stallion to have in the UK given his own sport record. 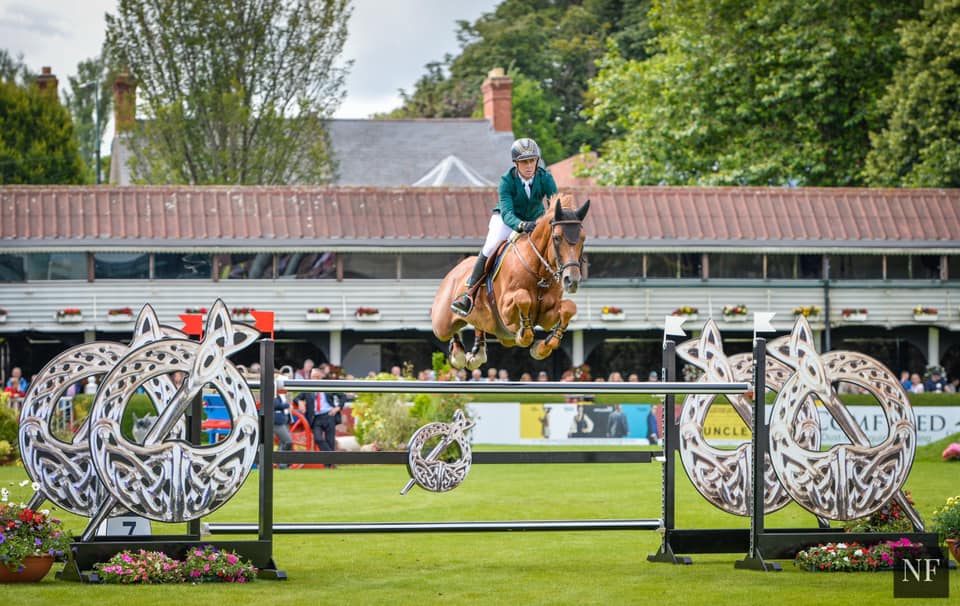 The sabino British bred Hocus Pocus (Zambesi x Vancouver) is a compact, butty stamp who is now jumping Foxhunter 1st rounds and 1.30 opens. He was an Elite Futurity 3 year old. His dam is half sister to one international 1.50 horse and half sister to the dam of another. Ecclestone Z (Escape Z x Cassini II) is produced by Danielle Ryder who also produced his sire through young horse ranks, who is now jumping successfully international with Harrie Smoulders. Only 4, this tall chestnut has already started his BS career. Danielle also brought the British bred Espeshelli (Zambesi TN x Karandasj), a 5 year old jointly owned with Harrie Smoulders. Not as imposing a type as some of the other stallions he did show quick reflexes and a lot of scope.

Elite stallions are standing the young Donnarumma Blue Z (Dominator Z x Chacco Blue) in the UK this year. A big stallion with more filling out to do, he is a similar stamp to his damsire (a previous WBFSH 1#) . Only a 4 year old, he popped over some smaller fences in an amiable fashion.

The 18 year old Belgian Warmblood Echo van Het Neerenbosch (Chin Chin x Kashmir van Schuttershof) has jumped internationally to 1.45m level/ 2* level and is half brother to a 1.60m mare. He was only shown on the flat on this occasion and is a strongly made type. Another older stallion shown on the flat was 19 year old Cadensky (Cornet Obolensky x Carthago). Now owned by Jake Seywell, this ex-1.50m jumper is expecting his first crop of UK foals in 2022. From few foals on the ground he has produced 2 x 1.55m jumpers already, one having recently won the 2 star Grand Prix in Oliva. A little nappy to start, that may have been excitement about being out at an event.

The only pony in this section was the cremello Welsh Section D Ynslyns Orlando (Hendrewen Meredith x Dwyfor Sunrise) who jumped a few small fences and although he showed a lot of jump in his canter, struggled at times on the left rein.