Day two stated as day one had ended, with a British bred victory.

This time it was Cat Austin, Jamie Reynold and Cherry Elvin’s 5 year old His Highness who was bred by Cat out of her foundation mare Fahrenheydt (Fabriano x Donnerhall). Fahrenheydt is a direct half sister to the leading sire His Highness, who gave his name to this homebred young horse. His sire is the Jazz son Wynton who was champion of the KWPN Stallion licensing. 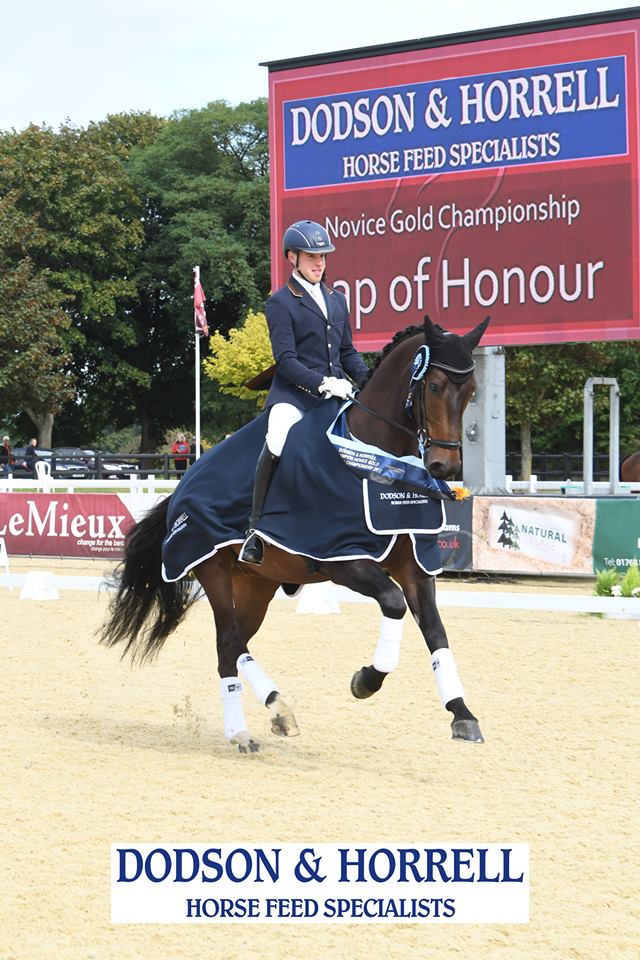 15 of the 34 competitors in this class were British bred, but only His Highness made it into the top ten.

The Inter 1 was the Charlotte Dujardin class, with the Olympic medalist filling the first 3 places. The hightest placed British bred horse out of the 9 qualified was Keystone Dynamite in 6th place, building on his top 5 place from the previous day’s PSG.

Four horses competing for the Para Dressage title were bred in the UK, with eventual 5th placed Gunstone’s Pride and Diane Green being the highest place British bred. The grey mare’s sire is the KWPN bred stallion Gunstone Iwondo D who was the Petplan Advanced Medium Champion in 2009.

The second British bred champion of the day was 5 year old Hamlet ridden by Rob Barker for Andrew Fletcher. Hamlet was bred by Nicola Burton of Wrestrow Stud. Both Nicola and Cat Austin who bred the Novice Gold Champion, are part of the Central Dressage Breeders group, based at Wrestrow Stud in Warwickshire. Hamlet is a son of the British based Olympic Gold Medalist Uthopia  out of a Jazz daughter of the stud’s foundation mare Promisses. 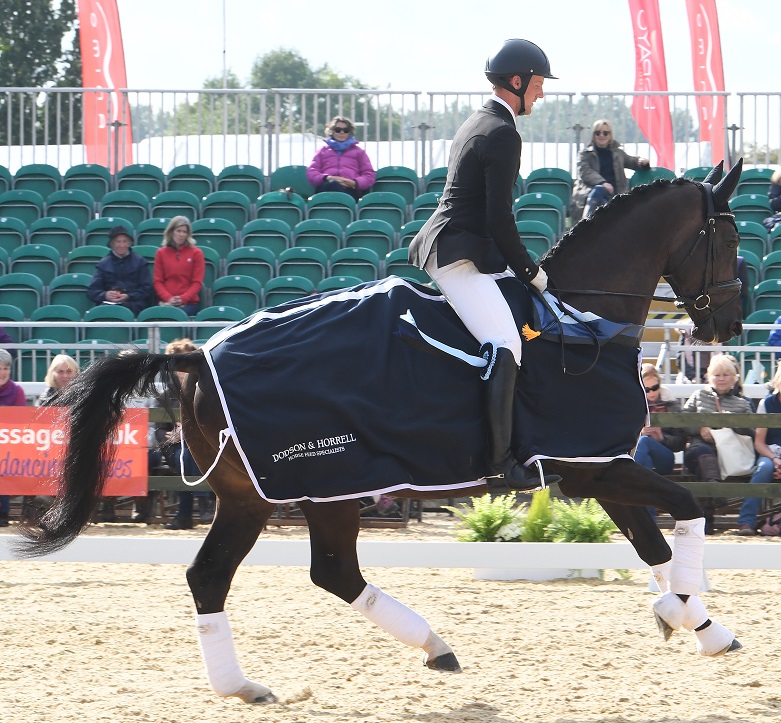 Rob also rode a British bred mare into 4th place, this was Alison Haste’s Woodlander Romance. Romance is one of the last daughters of Lynne Crowden’s great mare Davina. Davina is the grand dam of licensed stallion Woodlander Wavavoom. Romance is a daughter of the KWPN stallion Rousseau, who like Uthopia hails from the sire line of the great Ferro.

3 out of the top 5 places in the Medium Silver were British bred. Hawtins Werona went one place better than she had in the Advanced Medium to take second. We featured Werona and her owner/rider Bridget Tate in one of our Success Story articles earlier in the year. In third was Dannie Morgan riding Sarah Oppenheimer’s homebred Headmore Davina, another daughter of superstar Dimaggio out of the Headmore Stud’s incredible Elite mare Rubinsteena. Like her name suggests Rubinsteena was a daughter of the stallion Rubinstein, famed for the trainability he passes to his offspring. Davina’s half sister Headmore Bella Ruby was placed in the Young Horse Championships which we covered previously.

In fifth place was Maria Pook riding So Enamoured, a British Hanoverian by Speilburg out of a Dutch bred mare. In total 10 of the 24 entries were bred in the UK.