Looking back over another excellent 4 days of competition there were a few eye catching performances that we have not yet looked at in detail.

One of those was William Fox-Pitt on Little Fire. Across country and in the show jumping this horse looked so scopey and so powerful, it is no wonder William described him as the horse that is keeping him coming back to the top level. The 10 year old is a German bred Hanoverian by the 2011 Hanoverian Stallion of the Year Graf Top, who descends from the famous G line of jumpers. On the dam side we see the important Thoroughbred blood from both damsire Heraldik, such a legend in eventing breeding and also from every dam sire going back in the pedigree to 1888 which are Thoroughbred! 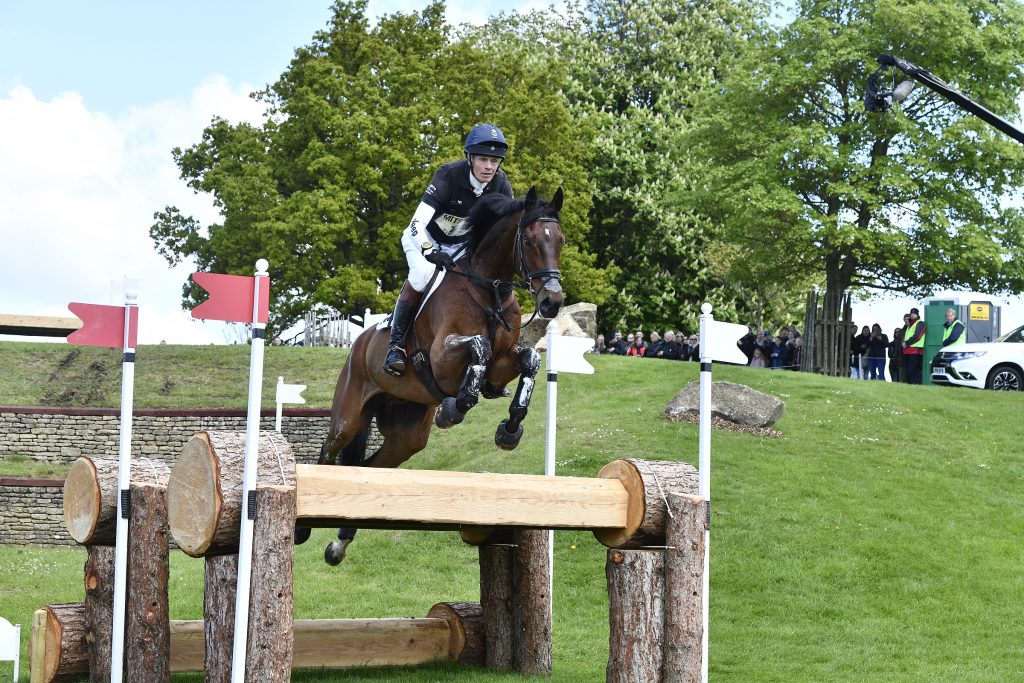 Ireland’s Ciaran Glynn had another fantastic cross country ride on his mare November Night, who also looks so bold and fast across the country. She is a daughter of the Thoroughbred stallion Bonnie Prince who is a grandson of the top sprinter Habitat. The damsire is the well known Flagmount King and then another Thoroughbred stallion in the next generation in Trombone. She also looked classy in the final phase with only a time fault to add.

Although sadly being awarded 11 penalties in Huntsmans Close for dislodging a frangible pin, the British bred Mr Chunky was a delight to watch cross country displaying bravery and scope and finishing just 8 seconds over the time. Sadly he was not forward on the final day but we look forward to seeing him out again later in the season. His sire Jumbo has certainly left an incredible legacy to British and international eventing.

Another British bred horse who caught the eye cross country was Charles RR ridden by local rider Alicia Hawker. Bred by Peter Teasdale, the quite chunky bay has a strong show jumping pedigree being a son of the great Verdi, who was an Olympic team silver medallist and World team gold medallist. Verdi’s pedigree combines some of the greatest names in jumping breeding being Quidam De Revel x Landgraf x Calypso I.  The dam La Di Dah is a daughter of Micheal Whitaker’s ride Didi with the Thoroughbred stallion Retieme in the next generation. 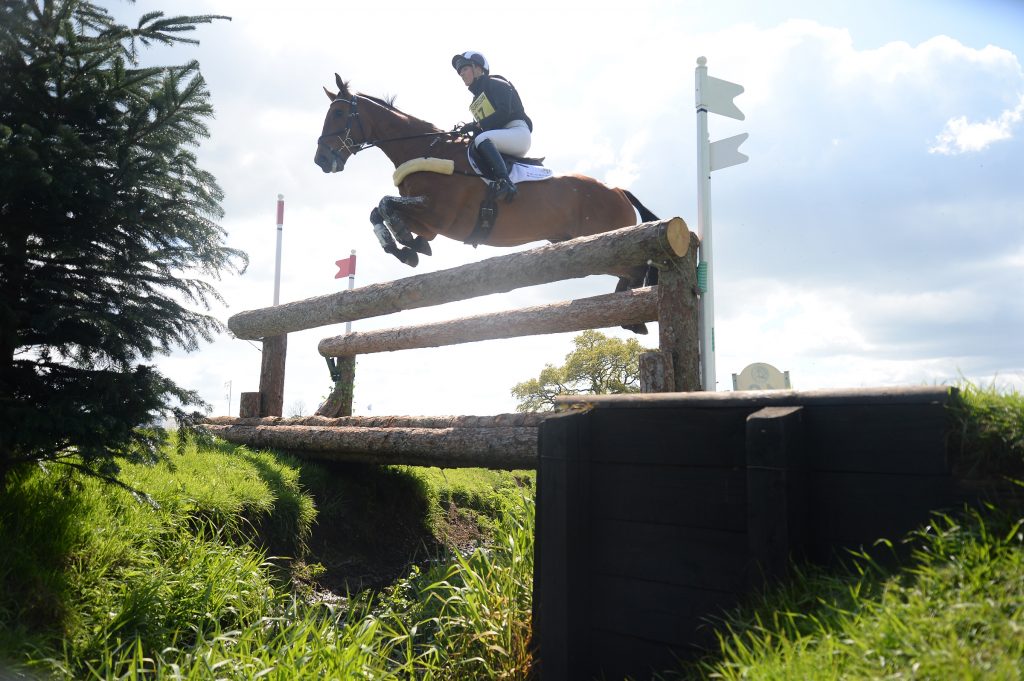 And of course we have to look a little closer at the winner Piggy French and Vanir Kamira. Absolutely consistent in every phase the little Irish Sport Horse mare secured victory by the slimmest of margins. Already with an impressive track record at 5 star level, it was no surprise to see the pair succeed at Badminton. Although her dam Fair Caledonian comes from an unrecorded damline, she is already proving to be a decent producer. Besides Vanir Kamira she is also the granddam of Creevagh Silver de Haar, a three quarter brother to the Badminton champion who has twice won the CCI** (now 3 star) at Ballindenisk , and Fernhill Fine Diamond (by Jacomar) who is a CCI** competitor in the States. As we mentioned yesterday, her sire Camiro de Haar Z carries Holstein blood with his grandsire being Contender (currently world number 9 in the eventing WBFSH rankings with his son Contendro being number 1). 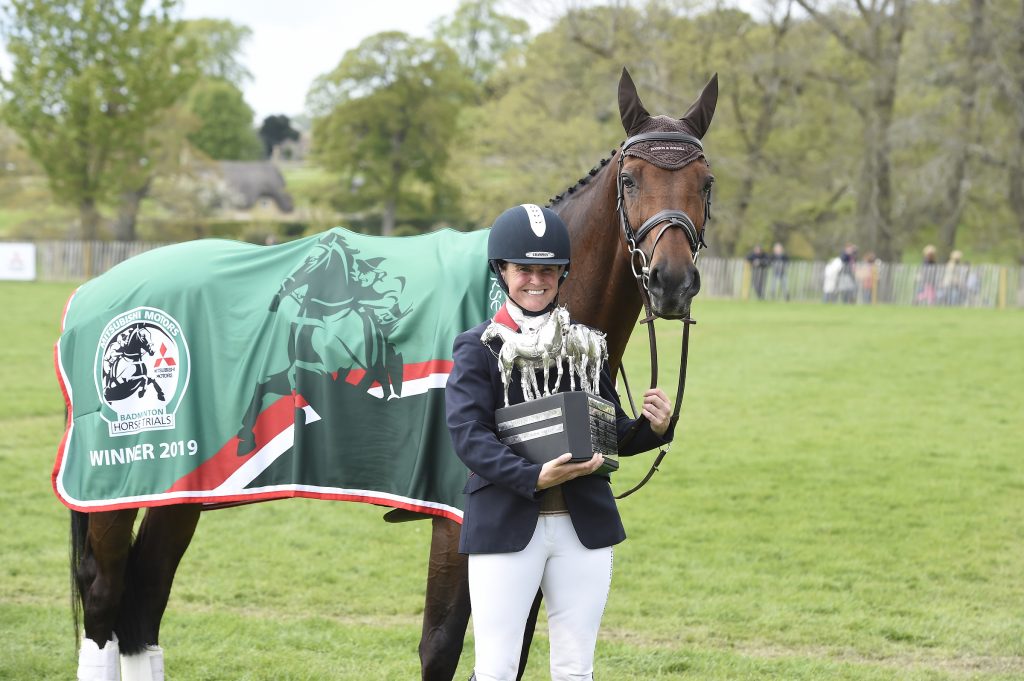 Looking back on the breeding of the entrants as a whole, there were a few stallions who had multiple offspring competing. The Holstein bred and licensed Limmerick is a not a new name in sport horse breeding, being the sire of Kalico Bay (King George V Gold Cup winner), Loughview LouLou (Int Grand Prix winner) and Loughlan Glen (CCI4*). He was ranked number 11 in the WBFSH list of eventing sires in 2018. At this year’s Badminton he sired 3 starters including Chris Burton’s eye catching Graf Liberty.

The only stallion with more was Courage II, another Holstein bred stallion who is currently number 3 on the world rankings.  What is especially interesting about the breeding of this stallion is that his dam is the full sister of the first Holstein stallion to really make a massive impact in Ireland – Cavalier Royale. Courage had 5 offspring here including eventual 10th Ringwood Sky Boy and of course the runner up Ballaghmor Class.

With two offspring apiece are Ricardo Z (Sportsfield Othello and The Lion) and Balou Du Rouet (Billy the Red and Reve du Rouet) . Ricardo Z was also the dam sire of Possible Mission.

Sadly from a British point of view there was not as much to celebrate once the final placings where decided (Oratorio being the only one in the top 25) but there is a lot to learn by analysing these breeding patterns and ensuring our breeding decisions are as well thought out as possible.