In both the UK and in Germany, Autumn is a time for stallion licensing and breeders start to analyse the newly approved colts to see if they will use them in their breeding programmes the following Spring. I try and attend these when I can as seeing the young horses in the flesh and over a number of days allows a strong insight into their characters, strengths and weaknesses and also gives good feedback on what their sires are producing.

The joint stallion licensing day of the British Warmblood and British Hanoverian societies saw Furst Summer named the overall champion. Owned by Fiona Coleman, the Furst Romancier son is out of a Sandro Hit dam and was presented by the team from Woodlander Stud. Furst Summer will be heading to Germany in 2020 to undertake his 14 day test before being made available to British breeders at stud. 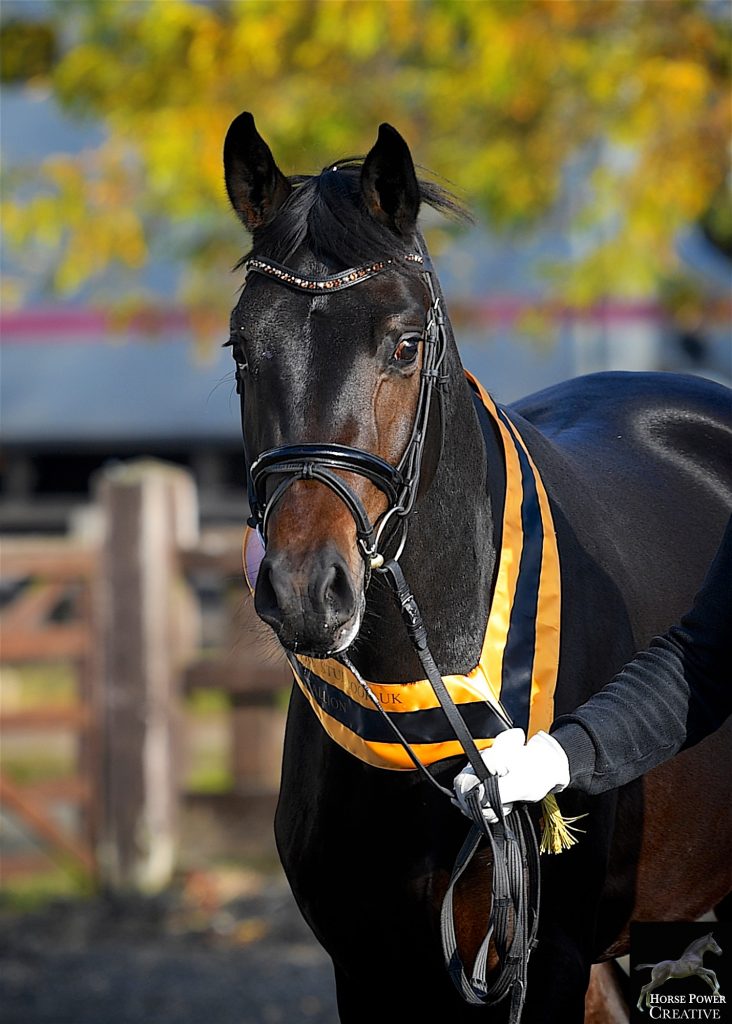 The reserve champion was a young horse bred by Lady Shaftesbury called Milestone St.Giles. He carries a lot of Trakehner blood being a son of the sensational sire Millennium out of a daughter of another top Trakehner sire Hohenstein and then my personal favourite Weltmeyer in the next generation. 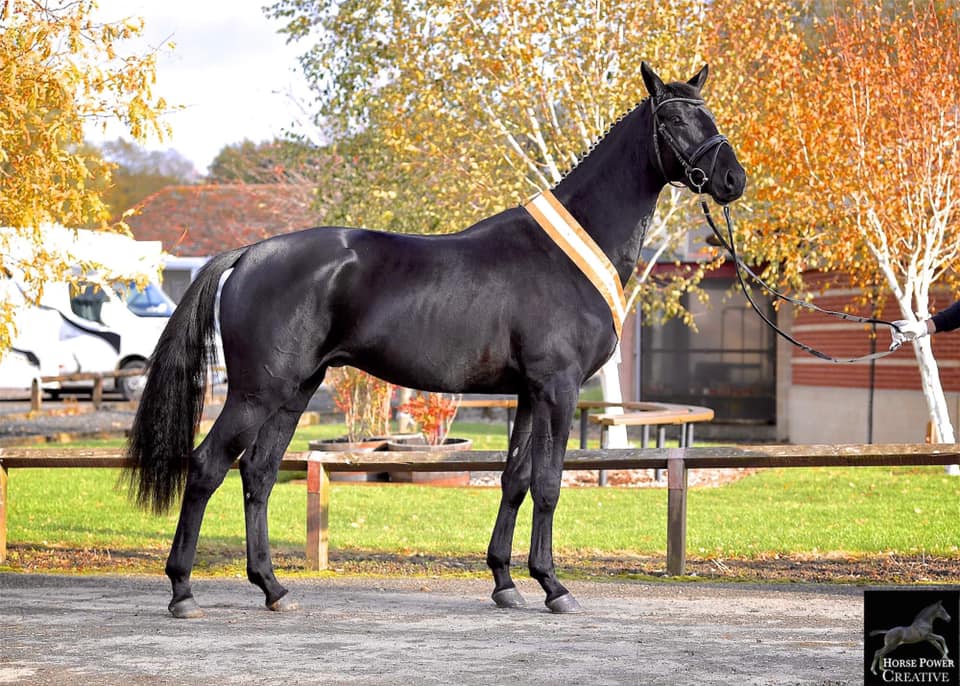 Of the main Verband licensings in Germany, the only one I was able to attend in person was the Trakehner Hengstmarkt. The Hanoverian licensing was the first one to take place and although they do not crown a champion, attracted another very high price at the subsequent auction. To give you an idea of the size of this licensing, there were 63 approved and 15 of those were awarded a premium. Watching online is never the same as being there in person but 3 stallions I took away from the licensing were the dark brown powerful jumper by Diamant de Semilly x Sandro, the strong moving 1.89 million Euro Cadeau Noir x Licosto and the elastic black son of Schwarzgold x Don Frederico. 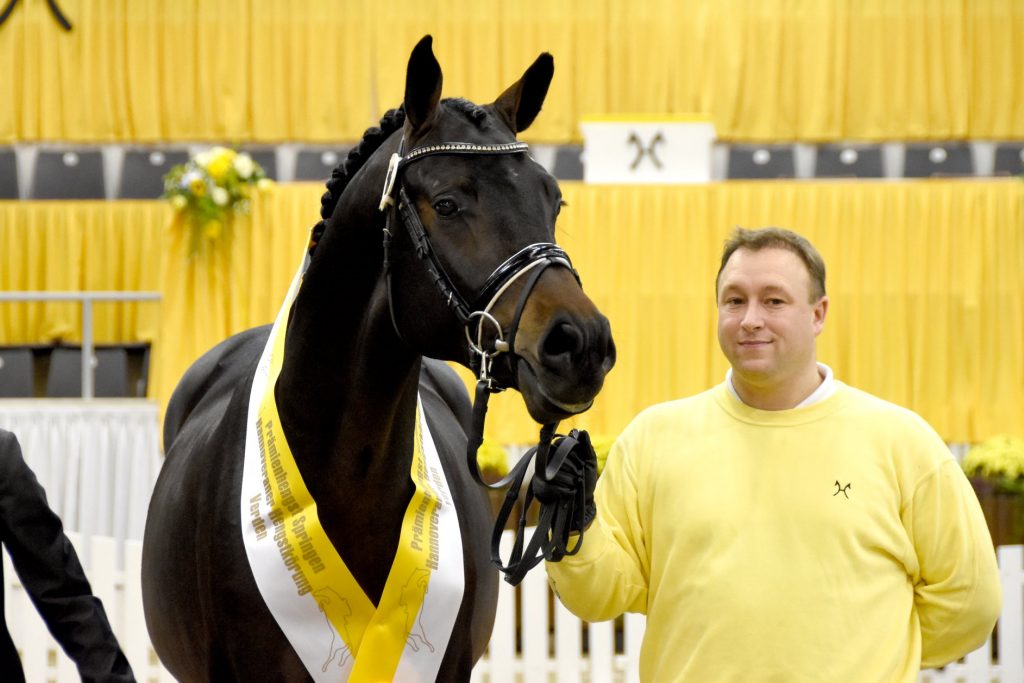 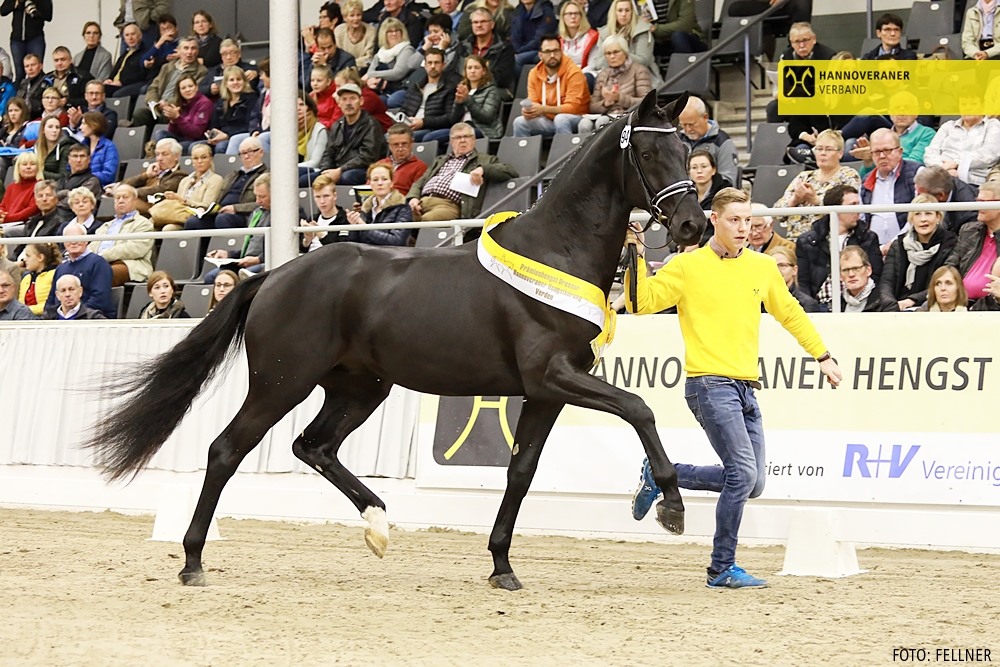 The Oldenburg licensing seems to have more glitz than the others and again although not there to witness the licensing in the flesh, the champion stallion by the Benetton Dream son Bon Coeur out of a De Niro dam was felt to be a strong future prospect with a good hind leg. He was purchased at auction by Lodbergen and therefore will be available to British breeders. 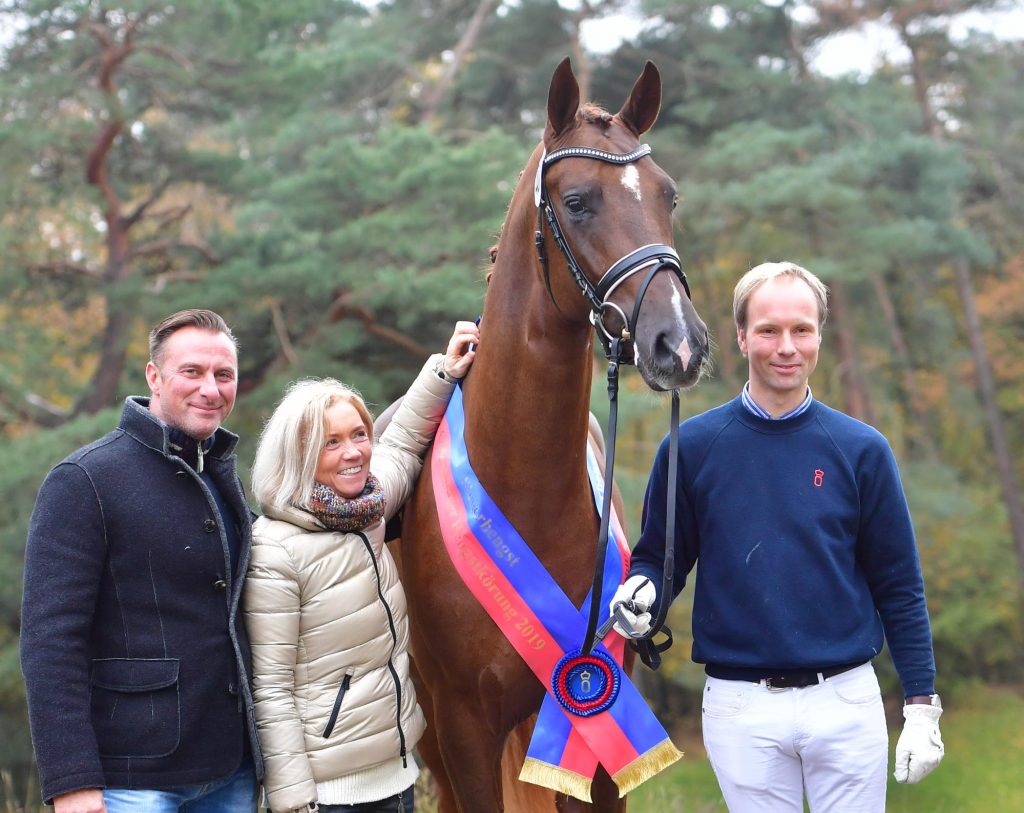 The jumping champion was the Conthargos x Balou Du Rouet son who sold to Paul Schockemohle, but I preferred the reserve champion by Don Diarado who is the full brother of last years champion who I loved – now called Don Tryon.

The Westfalen licensing is one of my favourites, always with an interesting selection of stallions.  One that caught my eye due to his outstanding canter was a chestnut son of For Romance I x Vivaldi who went Premium and the other horse that impressed me with his lovely walk and big powerful trot was the Dream Boy x Sir Donnerhall colt who would be named champion and sell for a huge 1.9 million euros to Helgstrand.  The jumper that I loved for his technique and suppleness was a Cornet Obolnesky x Gaillard de la Pomme who always placed his hind leg well underneath him on the flat, with a Cornet Obolnesky being the damsire of another that caught the eye, this time by that old stalwart For Pleasure. 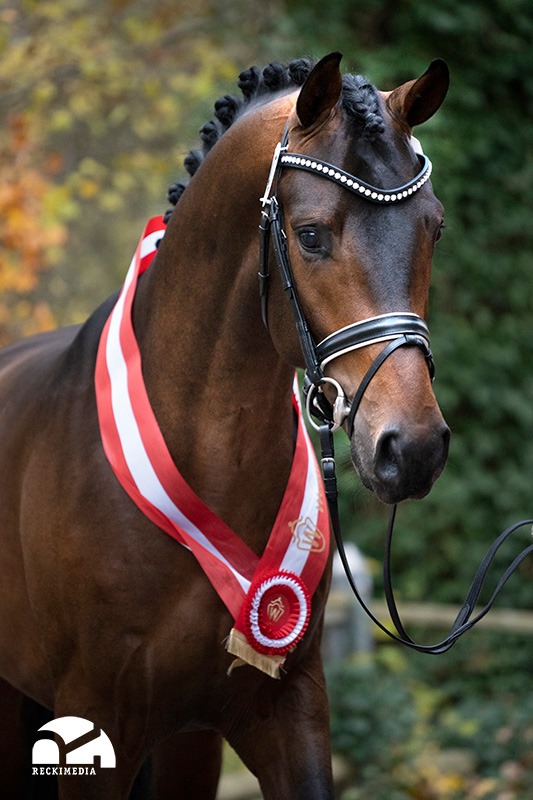 But my favourite of all the licensings is the Trakehners held at Neumunster. Being a much smaller studbook there are less colts that come through the pre-selection days, but all colts are required to show both their jumping ability and paces. This year there was a real outstanding jumping colt, the Lucke son Taryk, who was crowned Vice Champion. Scopey, athletic, a good frame, he really ticked a lot of boxes but what I loved most was that he had the most delightful temperament to handle. His damsire Hirtentanz is the currently the most prominent Trakehner jumper and 2019 was his last season in Europe as he moves to his owners home in America.

There were three other colts that I really liked and all of them went Premium. It was hard to chose between the three for the Champion slot, I had thought it might go to the flaxen tailed chestnut Karim dore by a previous champion in Perpignan Noir. He had the best walk of the weekend and a real charm to him. His grandsire is Schwarzgold (whose son I liked so much at the Hanoverian grading) and also premium was another Schwarzgold son Kronberg who was a big expressive stamp. The eventual Champion was the grey Forever Ferrari, a really harmonious horse who didn’t put a foot wrong all weekend. He is a son of first season sire Helium and therefore a grandson of the all conquering Millennium. 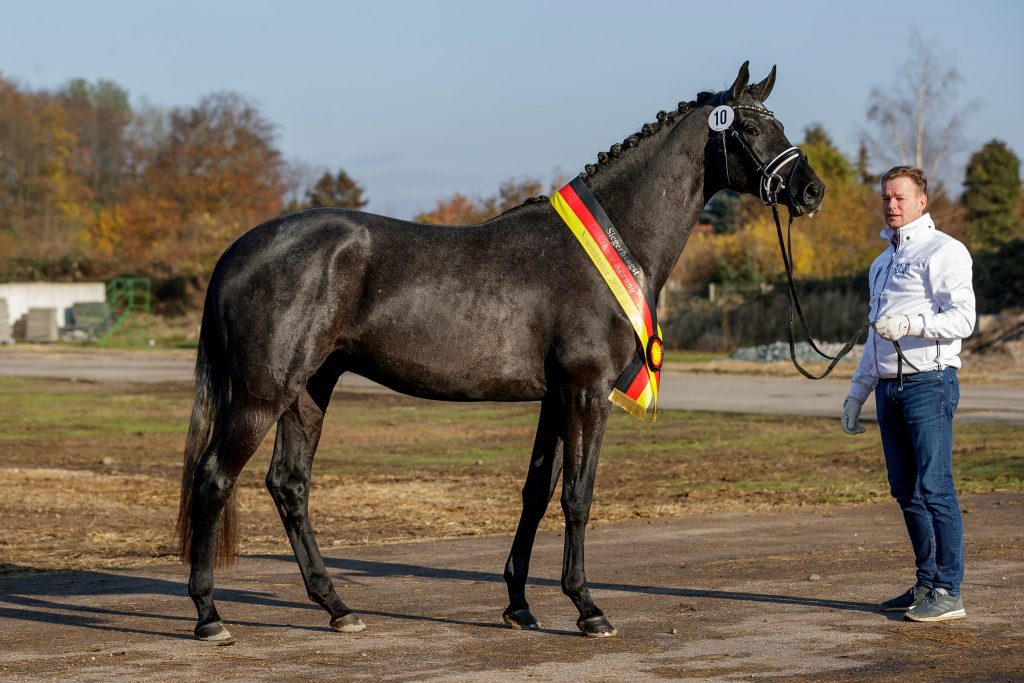 On a personal level, the autumn licensings have confirmed my love of the dressage sire Schwarzgold and Cornet Obolensky as the most consistent sire of beautiful jumpers. Don Diarado is a name to watch out for too. From the newly licensed colts I shall be hoping Helgstrand doesnt overprice their new Dream Boy son as I think he would be worth using in terms of movement and pedigree on one of my older mares. I am also looking forward to seeing both the champion and reserve British Hanoverian colts in the flesh next year as both could be interesting prospects.