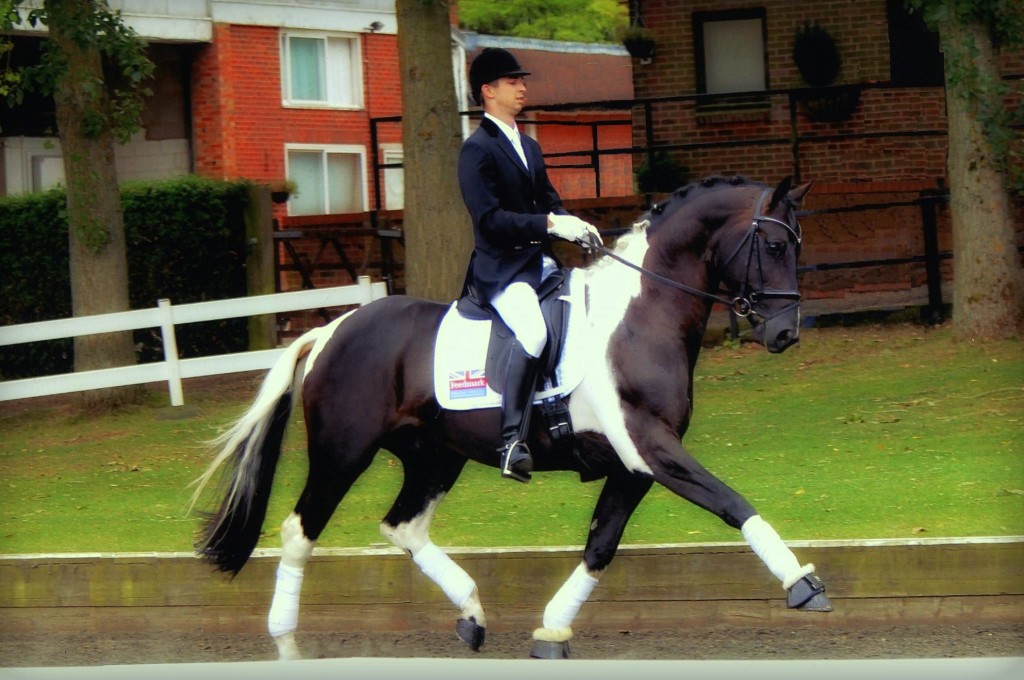 Amour G is one of the more successful coloured dressage stallions standing in the UK. Victorious up to Advanced with scores of over 70%, he competed at the National Championships in 2013 (Medium), and 2011 (Open Novice).

Dual talented, he was also awarded an Elite Premium at the BEF Futurity evaluations as a 3yo, in both show jumping and dressage, and jumped at novice level with BS before focusing on his dressage career. Amour G is graded with SHB(GB), WBS (UK) and is licensed with the AES.

He is an ideal candidate for mare owners who are looking to breed a versatile all-rounder and could well attract more breeders looking to breed for the show ring without compromising movement and trainability. 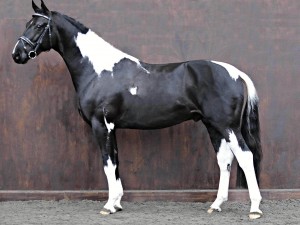 Amour G is starting to make his mark in both the dressage and eventing arenas, with his oldest crop now 8, he has had offspring qualify for the Burghley Young Event Horse Finals, the BD Winter & Summer Nationals and BE Grassroots Championships. These results are in addition to show ring and Futurity success.

Some of his offspring who have already started their competition careers include:

Apache Pieces ( x Unknown)– a gelding out of a maxi cob mare who has started competing BD with wins at Preliminary and qualification for both the BD Area Festival and BD Winter Regionals. Qualified Team Quest Finals. 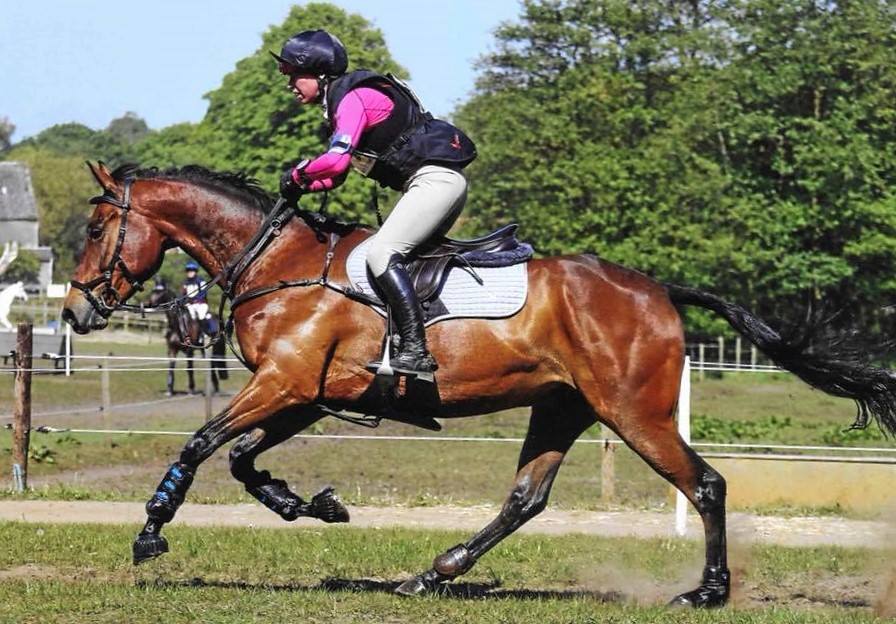 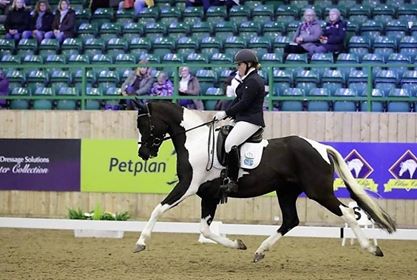 First Love II (x Dolphin Street xx) – This filly was Champion in hand Sport Horse at Herts County Show as a 2yo and won as a foal at county level. Winning WH Equifest 2018. Her full sister Am I Dreaming has also taken sporthorse championships at county level. 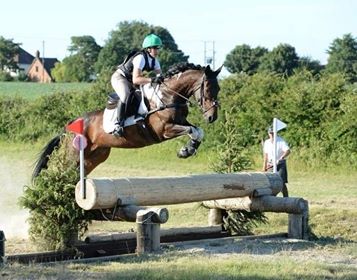 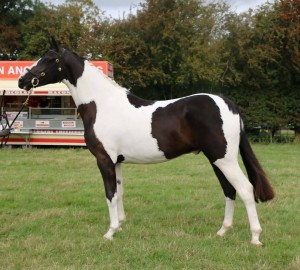 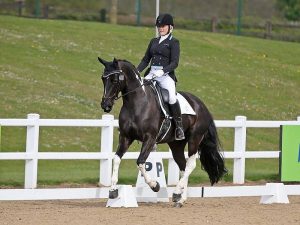 Amour G’s sire Goshka Ringo only had a brief ridden career but became well known both in the UK and in France as a producer of amateur friendly competition horses. When crossed on blood mares he produced a number of useful eventing stock including BYEH finalists, and Badminton Grassroots winners. His stock have qualified for Horse of the Year Show and been BD regional finalists. His grandsire Purioso is best known for his Olympic Gold Medal winning son Bonfire, and as grandsire of the world famous dressage stallion Jazz. The other grandsire Ferro was an Olympic team medallist himself and has produced an incredible sport and stallion dynasty including Valegro, Zack and Utophia to name a few.

On the dam’s side is the Danish dressage stallion May Sherif who produced World Cup champion Matador and Olympic medallist Andiamo. The Danish damline has also produced the Premium stallions Lucky Me Gravvnge & Strandagergards Faustino.