We have a conundrum in this country when it comes to the breeding of sport horses. Buyers say it is easier to buy in Europe where they can see a large number of horses in one area in one day.  Although not a big country geographically we tend to have single horses for sale at individual yards. In Europe there is also a thriving foal industry, or at least there is if you read press reports. For example, the recent Oldenburg Elite Foal auction saw a top price of 110,000 Euros for a Marc Cain x San Amour colt and 68,000 for the second prices foal. This lead to an average price of over 18,000 Euros. But as international results are starting to show, we can breed great horses in this country and we need buyers to start shopping at home.

However when we (I mean the industry not me personally) put on a dressage foal auction in the UK, we see a low clearance rate and buyers just not interested in purchasing good quality foals.  The Anglo European Studbook have been leading the way with foal auctions, selecting from the length and breadth of the country and for the first time, securing the British Dressage National Championships as a venue. Saturday night, main arena, under the floodlights, Prosecco on tap, and a venue right in the centre of the country, in the middle of the National Championships. Surely this was going to be a great success for both the breeders, and the buyers looking for a really good young prospect.

However, even though the 20 foals selected included some foals that had the looks, movement and pedigree to make them stand out, from my notes only 7 of 18 foals sold and the highest price achieved was not for a foal, but for an embryo offered out of the full sister to Valegro (£15,000)

Some of the foals had too high a reserve which didn’t help, but although the set up was fantastic, and plenty of people picked up the smart catalogue and came down to watch, there were very few buyers. One of my picks from the selection was a Quantensprung colt, half brother to one of last year’s National Champions (who was 5th in the Elementary Gold today), who was also the top scoring dressage foal in the country in the Futurity series. He looked fantastic, showed himself off, but couldn’t find a buyer at £7000.  I also liked a really big moving Incognito colt was also unsold at 7k, with a strong if not flamboyant damline.

Not all the foals had great motherlines even if they themselves moved well, so the top priced selling foal who showed the importance of that as it was a filly by U-Genius (Uthopia out of Valegro’s full sister) out a mare I would love in my breeding program – Floh Jo. She is by Furst Romancier out of a Carpaccio mare who has produced Buneschampionate finalists, licensed stallions and European Young Rider medallists. At £6800 that was sensible investment from the buyer.

Who does need to be applauded is the team at the AES, who don’t receive a penny in commission for this auction, but spent plenty of pennies in putting it on. Yes there are some tweaks that need to be made. Yes British Dressage need to support it better by giving it a bit more of a mention on their website (not mentioned at all) and in the program (very small mention on page 13).

I would love to hear your thoughts on whether our owners and riders have enough interest in buying foals to make it worthwhile putting on an auction. Is there a market in the UK in buying foals to run on and then produce and sell as young horses? Or should all breeders factor in the costs of running on foals themselves until they are ready to be sold under saddle?  Is the marketing hitting the target audience, or is this one of the breeding industry’s best kept secrets?

If British breeders are going to keep on breeding the best foals they can for British riders to win medals on, they need a little support from the sport itself. 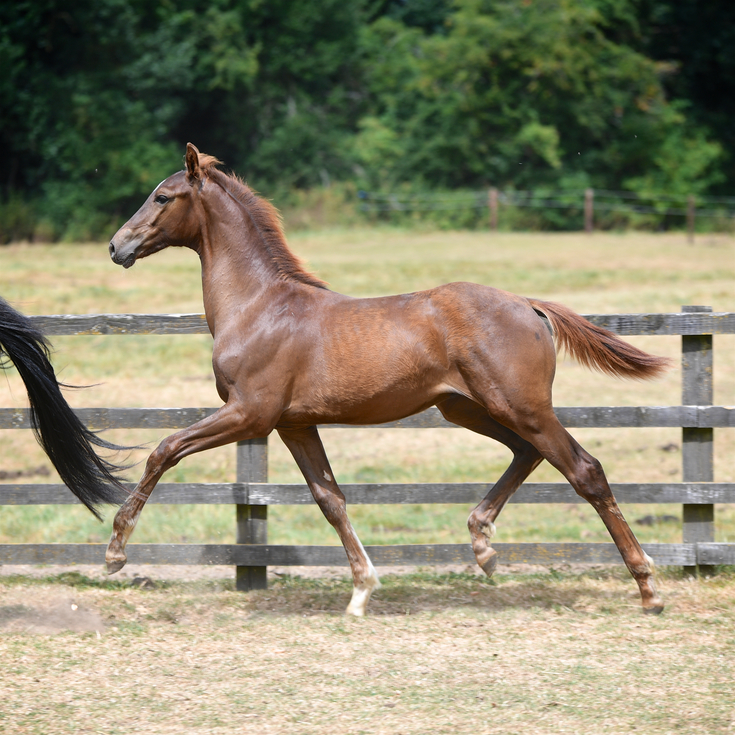 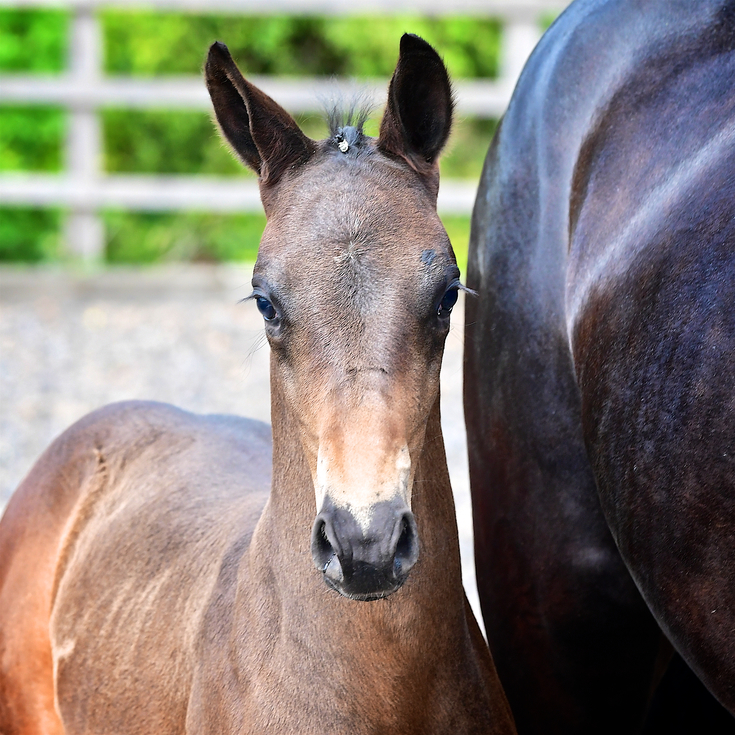